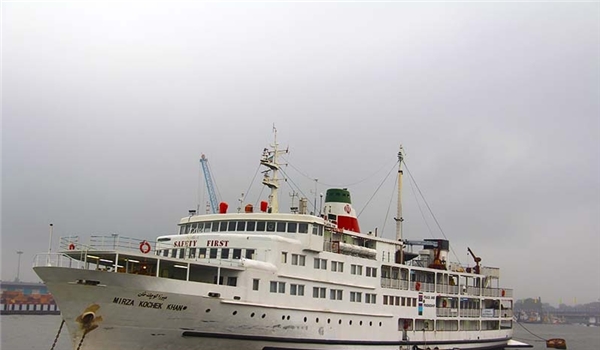 MNA – Deputy Chairman of Iran’s Ports and Maritime Organization (IMO) said Thurs. that the today’s capture of two Iranian yachts by Kuwaiti authorities has nothing to do with the anti-Iran sanctions.

Hadi Haghshenas, Deputy Chairman of Iran’s Ports and Maritime Organization (IMO), said that two Iranian yachts were leaving Kuwaiti port of Alzowar when the Kuwaiti authorities asked them to return and captured them.

Haghshenas stressed that the two ships have been held in Kuwait port due to ordinary technical inspections that are common everywhere in the world.

The IMO deputy added “preventing the exit of the vessels from the port due to technical or financial precedures is an ordinary thing done everywhere in the world and our ports may also not allow a ship to leave because of such issues.”

He said that the problem with seizure of Iranian vessels is that they had left the port after receiving a necessary permits from the port authorities, while the other port authorities did not have the right to return them.

He noted that there had been a financial dispute between the owner of one of the two Iranian ships with the Korean contractor at the Kuwaiti port, as well as a Kuwaiti-based Iranian firm, causing the return of the two ships to the port.

The Iranian official further added the seizure of two Iranian ships in the Kuwaiti port is not linked to the newly re-imposed US sanctions on Iran, saying “this is not related to sanctions, and the ships that the Kuwaiti authorities have seized are neither cargo ships, nor passenger ships, but they are yachts.”

Haghshenas went on to point out that it is still unclear that when the Kuwaiti authorities will release the two vessels as the process may take time, while adding that travelling between Iranian and Kuwaiti ports are continuing as usual.