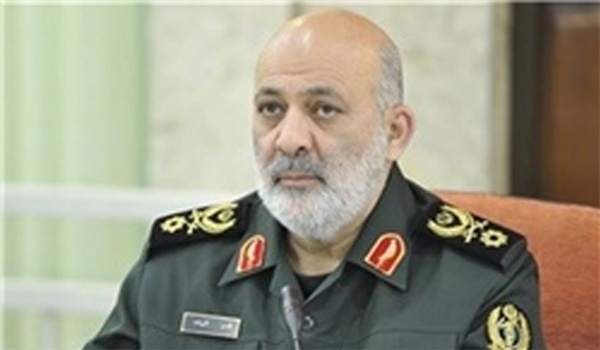 Tasnim – Iran’s deputy defense minister lauded the strategic cooperation between Tehran and Moscow in the war on terrorism as a successful model of settlement of regional conflicts.

In a meeting with Deputy Chief of the Russian Army General Staff Vice-Admiral Igor Osipov in Tehran on Wednesday, Brigadier General Qassem Taqizadeh described strategic cooperation between Iran and Russia in the fight against terrorism as a successful model of management and settlement of regional and international crises.

Pointing to a military agreement that Tehran and Moscow signed in January 2015, he voiced Tehran’s readiness to expand military and defense cooperation with Moscow in all arenas.

Brigadier General Taqizadeh also said that Washington’s decision to pull American troops out of Syria marked another defeat for US President Donald Trump’s ill-advised policies towards the region.

For his part, the Russian general described stronger constructive relations between the armed forces of Iran and Russia as a contributory factor in regional and international security.

Osipov said Iran and Russia can contribute to regional and international security and stability apart from their close military interaction in Syria.

Iran and Russia remained close allies of Syria and supported its legitimate government in the face of foreign-backed militancy that engulfed the Arab country in 2011.