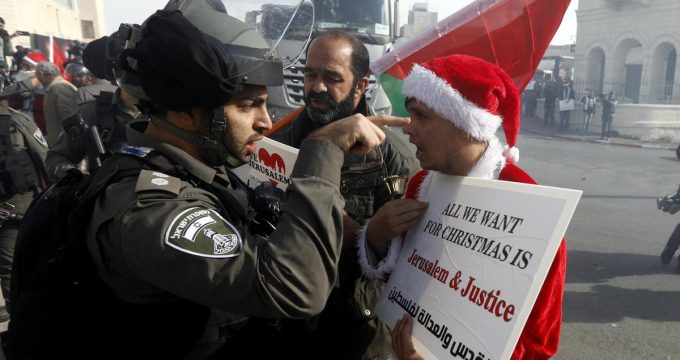 Al-Monitor | Ahmed el-Komi: Palestinian Christians in Gaza are feeling a damper on the Christmas spirit this year as Israeli authorities have blocked many from receiving exit permits to celebrate the Christmas holidays in Bethlehem in the West Bank.

While Western Christians celebrate, following the Gregorian calendar, Dec. 25 of every year, Eastern churches — to which the majority of Palestinian Christians belong — follow the Eastern calendar and celebrate on Jan. 7.

The international organization Middle East Concern, which advocates for the rights of Christians in the Middle East and North Africa, said in a Dec. 10 statement that most of the applications by Christian Palestinians in the Gaza Strip for permits to participate in Christmas celebrations in Bethlehem had been rejected by Israeli authorities. It noted that “nearly all” of the requests were rejected, “with only Christians over the age of fifty-five being allowed to travel.”

Bethlehem boasts historical and religious importance and is home to key religious touristic sites such as the Nativity Church — containing a grotto that is the oldest site continuously worshipped in Christianity.