A Look at Iranian Newspaper Front Pages on December 24

Iran Front Page – IFP has taken a look at the front pages of Iranian newspapers on Monday, December 24, 2018, and picked headlines from 13 of them. IFP has simply translated the headlines and does not vouch for their accuracy. 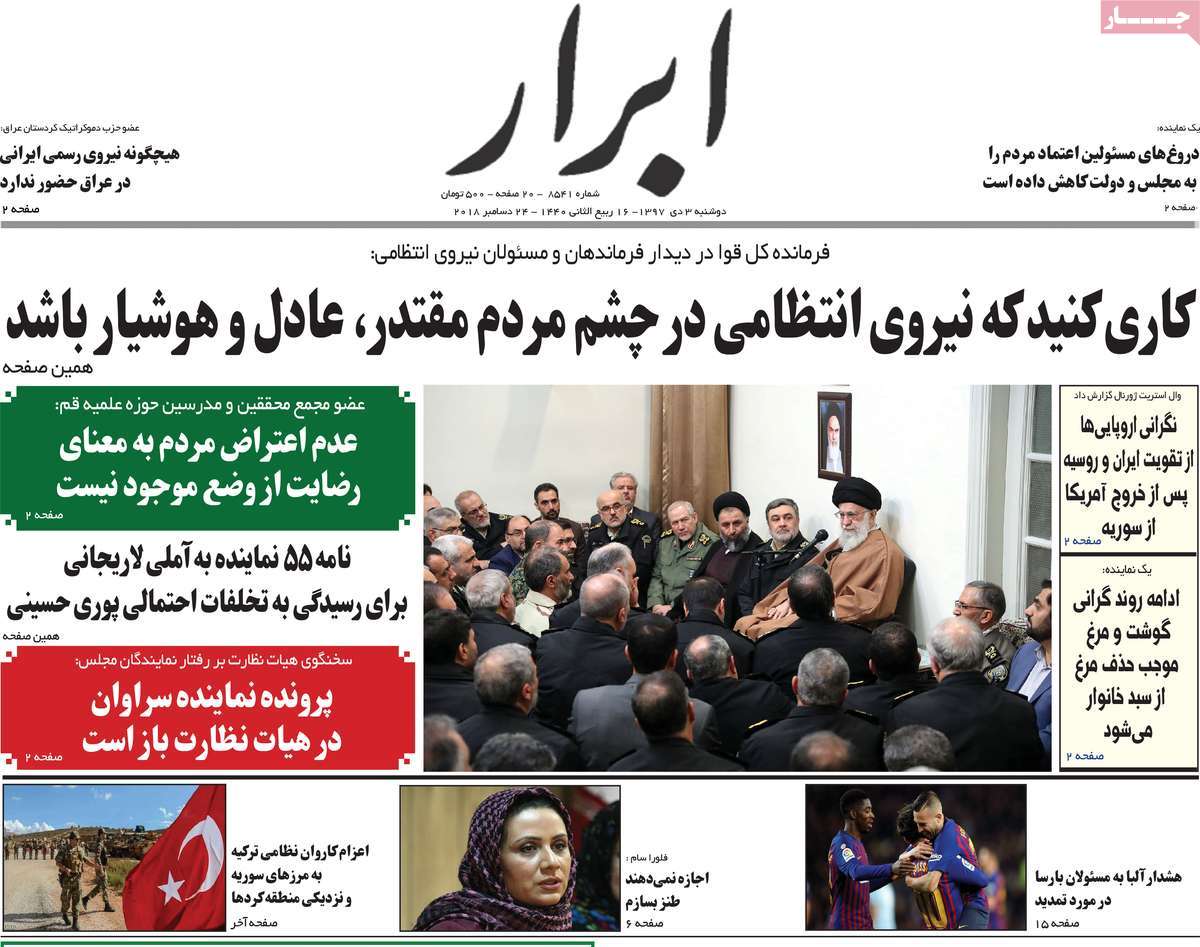 1- Deputy Judiciary Chief: Women Can Be Allowed to Go to Stadiums on Two Conditions 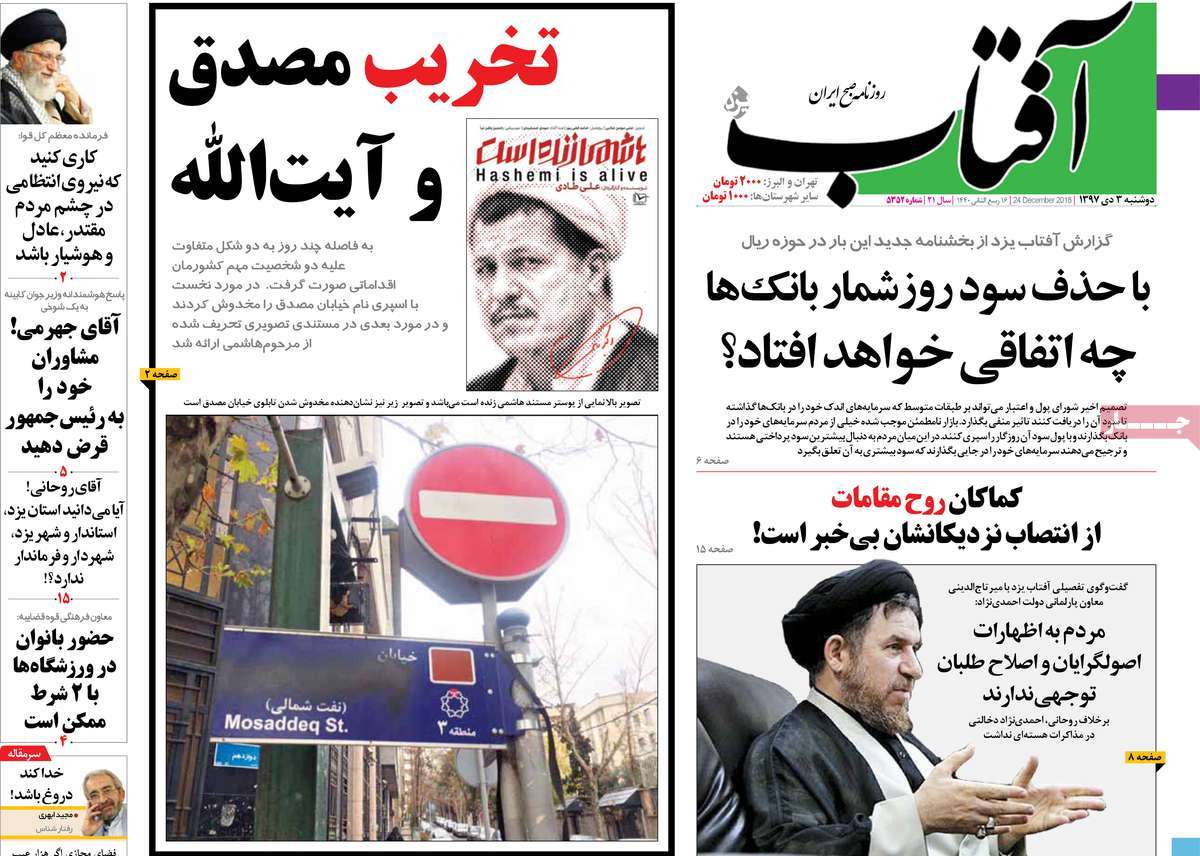 2- Tension in US, Shock in Europe: Results of US’ Withdrawal from Syria 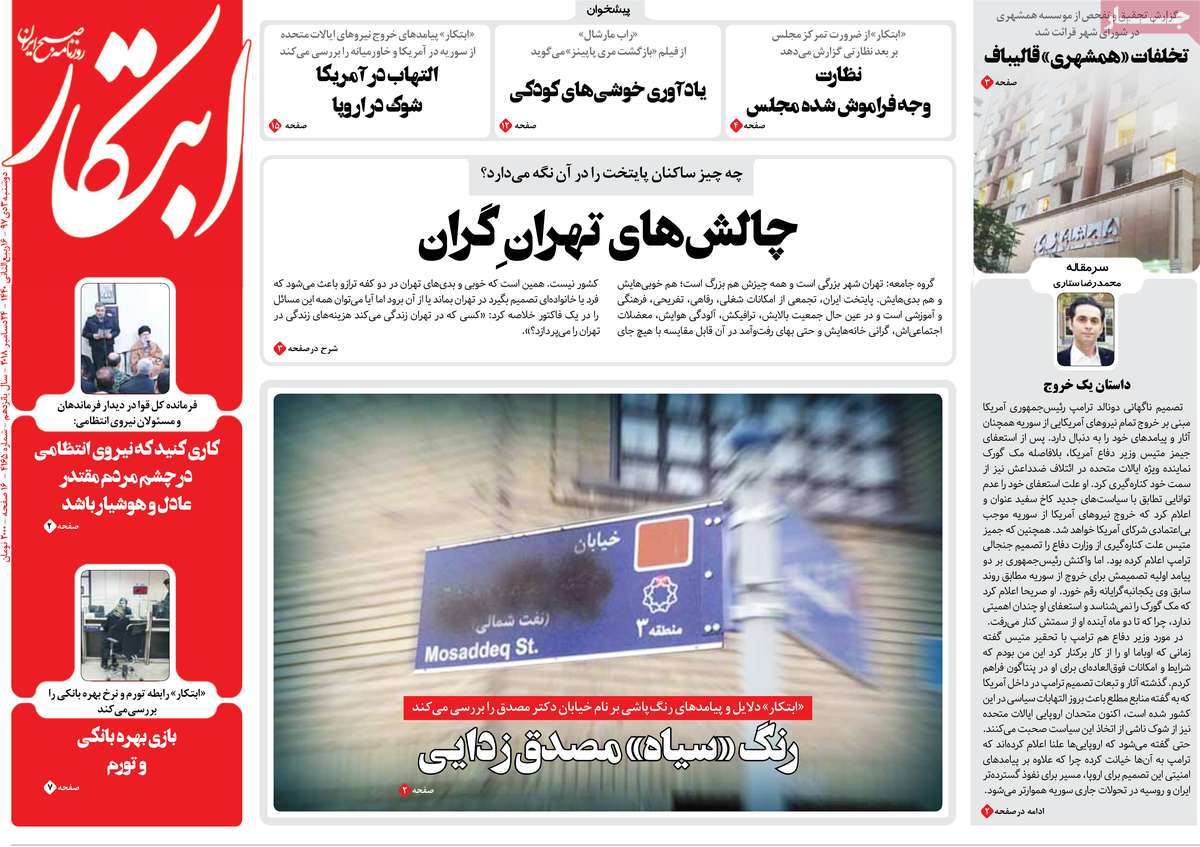 1- Europe: US Betrayed Us by Withdrawing from Syria 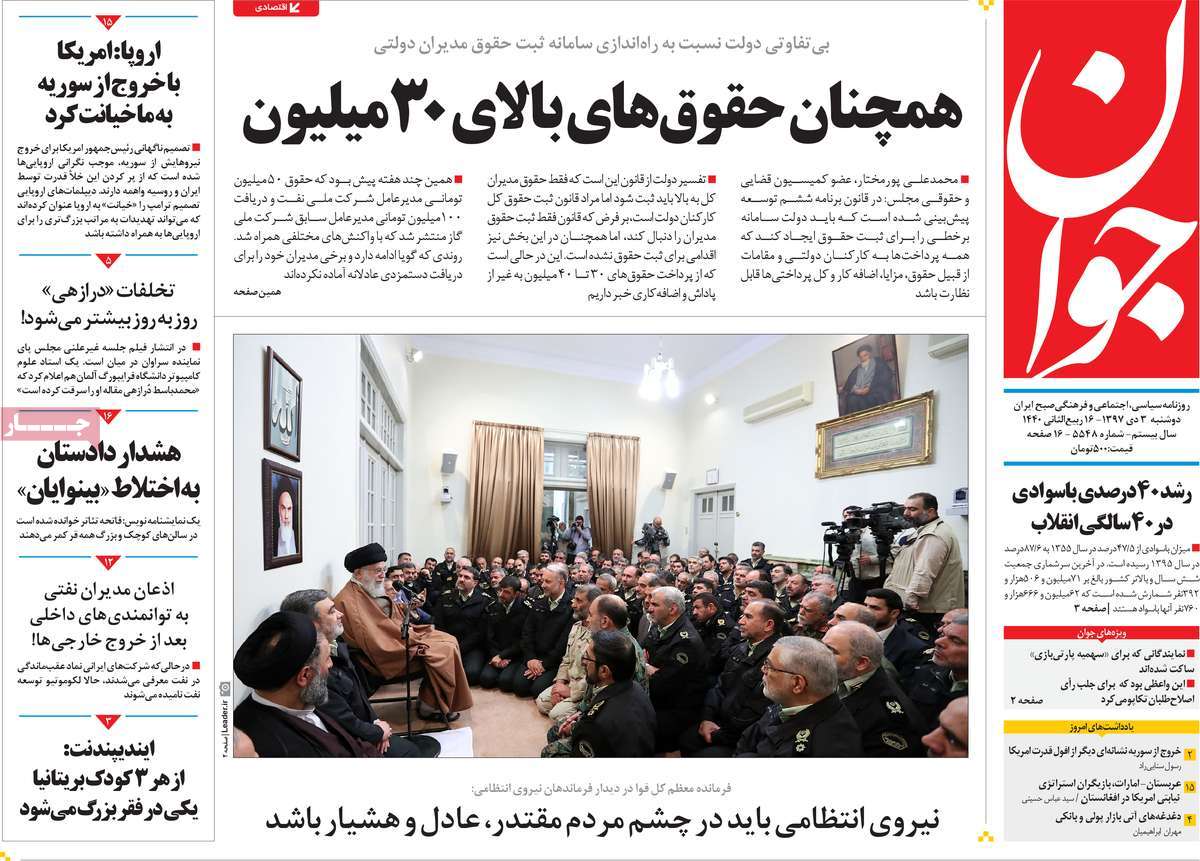 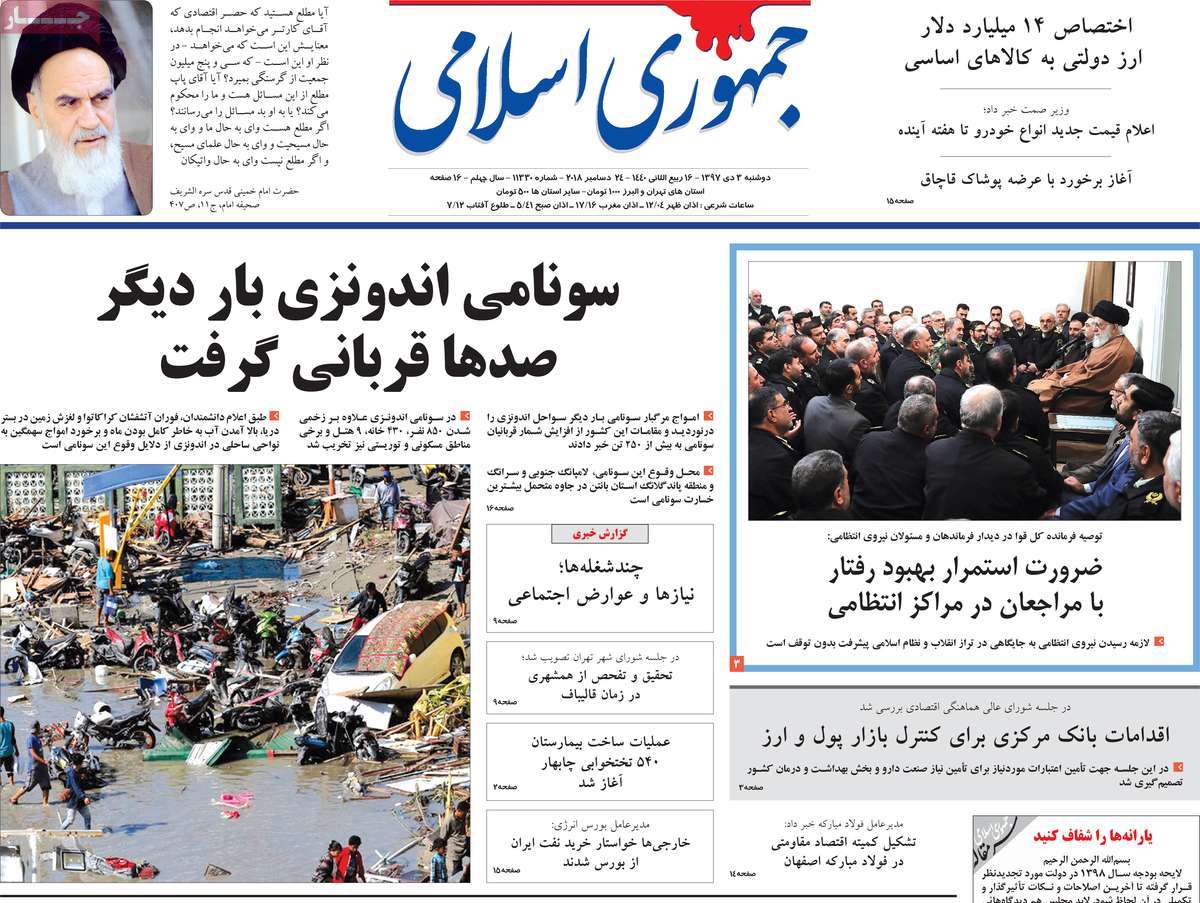 1- AFP: From Now on, Iran Will Draw Region’s Map

3- Atwan on Cause of Riots in Sudan: Omar al-Bashir Paying Price of Trusting Saudi 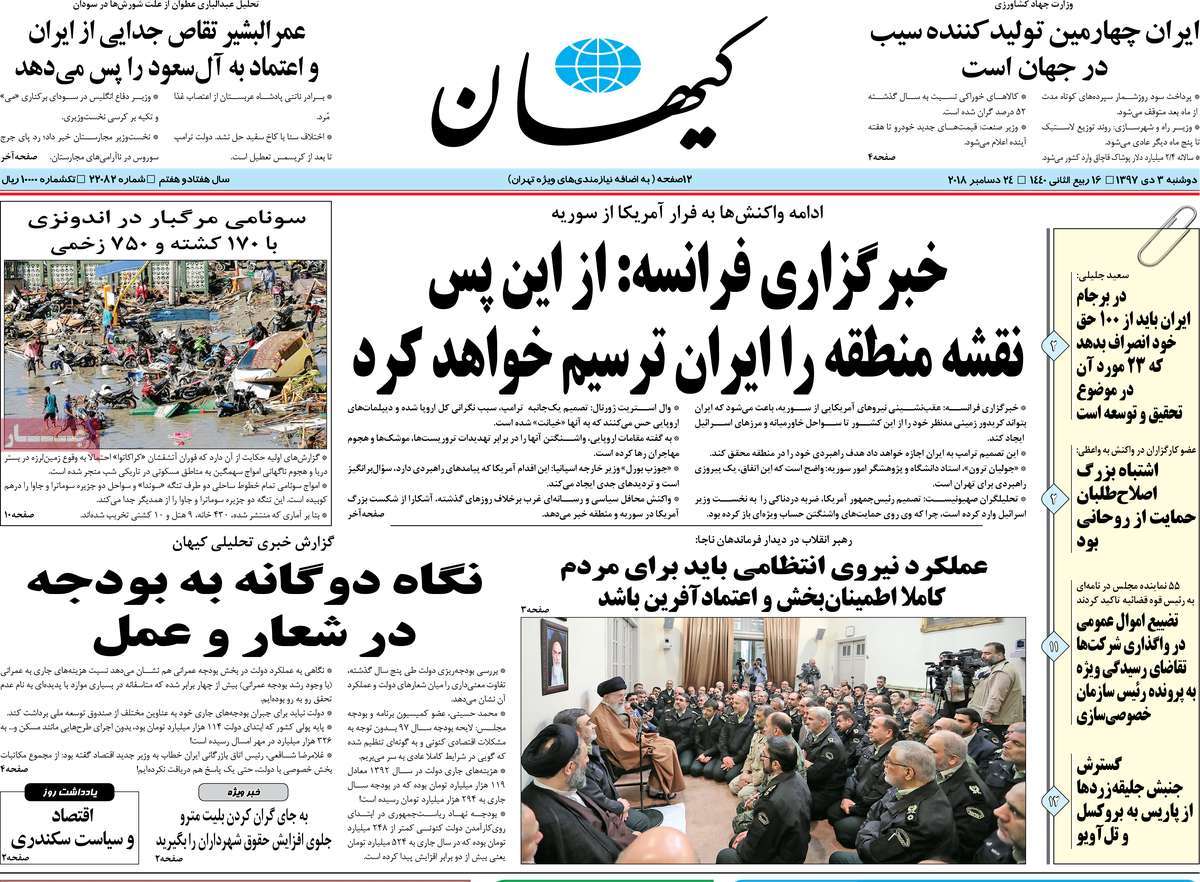 2- Ankara, Damascus May Clash with Each Other after US Withdrawal 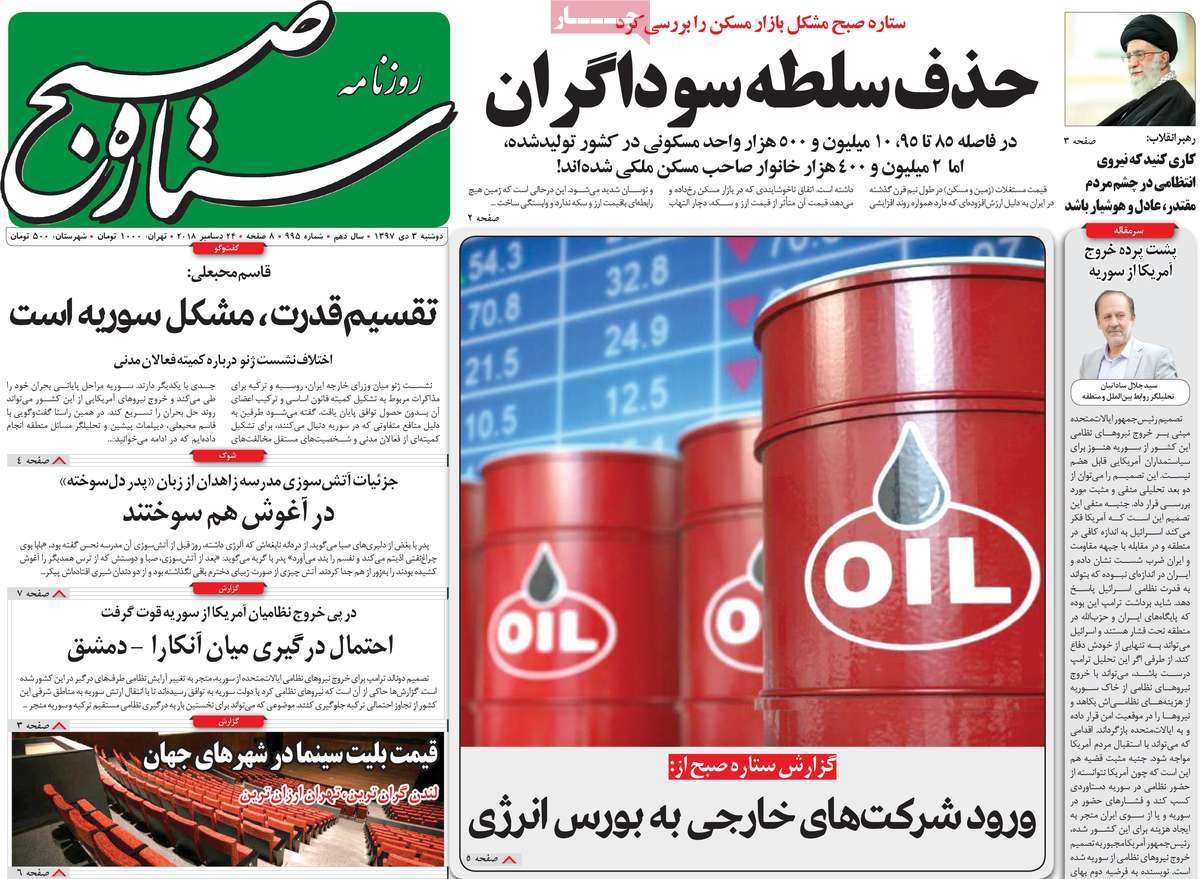 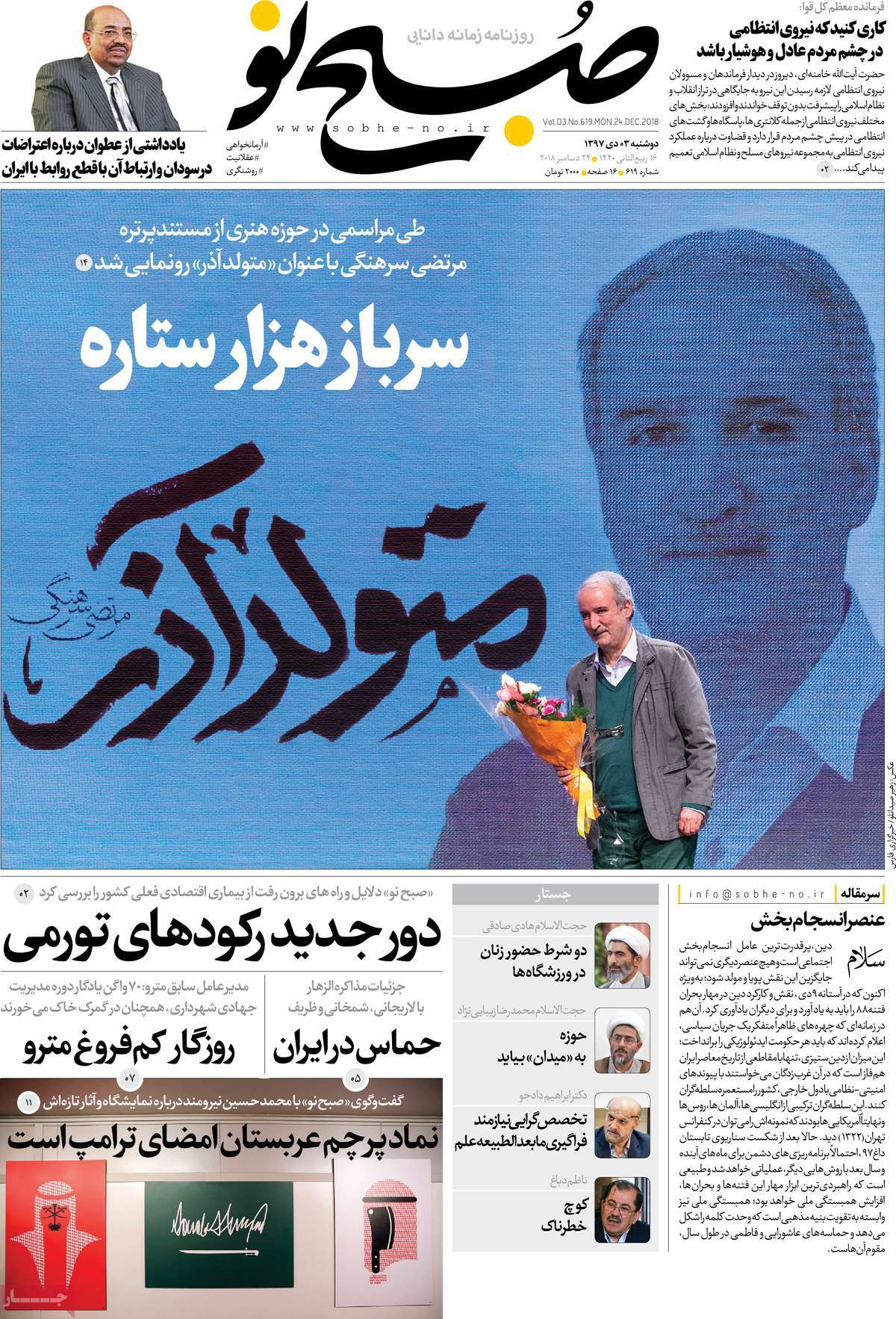 2- US in Bay of Pigs: A Review of Iran Leader’s Remarks Two Years Ago about US Withdrawal 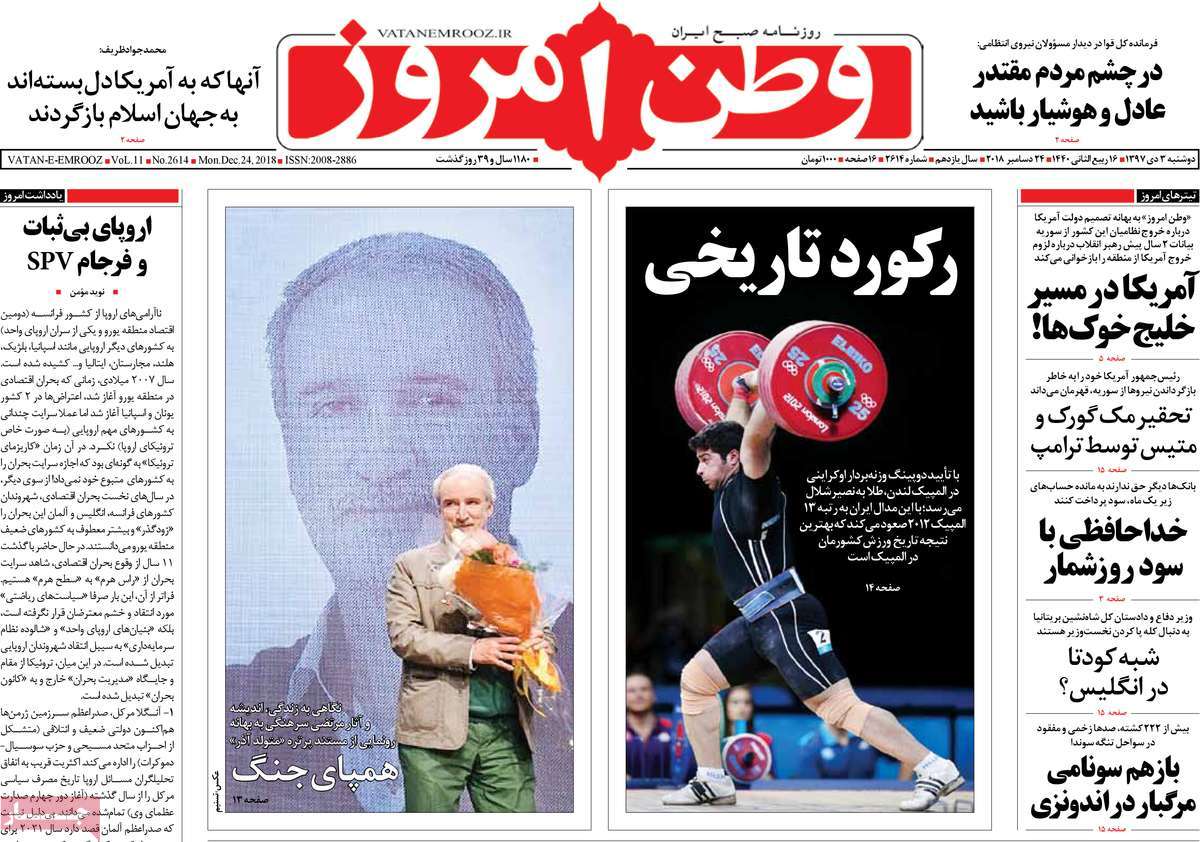