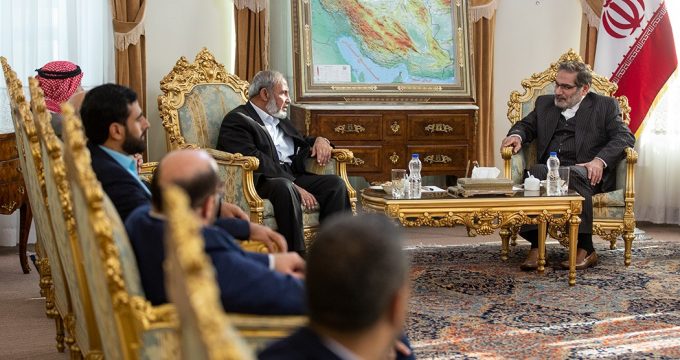 He made the above remark in his meeting with Mahmoud al-Zahar, an outstanding Palestinian leader of Hamas , this morning in Tehran.

The two sides conferred on the latest developments in Palestine and the region.

Supporting cause of Palestinian people and freedom of al-Quds are of the most important priority of the Islamic world, he said, adding, “any move that leads to the deviation in the course of fighting against Zionist regime, as the main threat to the Islamic world, is considered as a flagrant tyranny to the Muslims across the globe.”

The Leader’s representative in the Supreme National Security Council hailed the relentless and unflinching efforts of resistance forces and perseverance of people of Gaza Strip and West Bank against atrocities of Zionist regime and said, “the admirable triumph of the resistance in the recent 5-day war is the result of adherence to the Palestinian cause and sacrifice against excessive demand of the Zionist regime.”