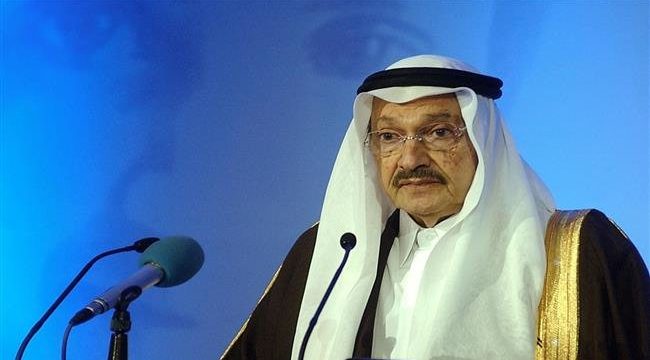 Press TV – A Saudi prince, known internationally for his open criticism of the ruling family including Crown Prince Mohammed bin Salman, has died after being critically weakened by a hunger strike.

Prince Talal bin Abdul Aziz, a half brother of King Salman, died at the age of 87 on Saturday but various media outlets said the location of his death was yet to be known.

A remarkable life has come to an end http://english.alarabiya.net/en/News/gulf/2018/12/22/Saudi-Arabia-s-Prince-Talal-bin-Abdulaziz-passes-away.html …

Talal had reportedly been hospitalized in the capital Riyadh due to ill health. He stopped eating in November last year after bin Salman ordered the capture of three of his sons, including billionaire Prince Al-Waleed bin Talal, during a crackdown on well-to-do royals and businessman.

Prince al-Waleed was the richest among the dozens of those arrested by bin Salman, who is also known as MbS. He was released in January after being pressured to pay a reported sum of $6 billion in ransom.

Before starting the hunger strike, Prince Talal had “told friends it was right to protest ‘civilly’ to draw attention to the tyranny that MbS was establishing under the cover of an anti-corruption purge.”

The prince had long campaigned for constitutional reforms, including the division of the kingdom into executive, legislative, and judicial powers.

He lived in exile abroad for four years in the 1960s, when Saudi authorities revoked his passport after he led a group of princes demanding reforms.

On November 3, Riyadh released Prince Khalid bin Talal, another of the late prince’s sons, amid international outrage over the assassination of dissident journalist Jamal Khoshoggi.

Khashoggi’s killing at the Saudi consulate in Istanbul on October 2 has been attributed to bin Salman, who was named heir to the throne in early 2017, when King Salman ousted former crown prince Mohammad bin Nayef.