Iran Front Page – IFP has taken a look at the front pages of Iranian newspapers on Sunday, December 23, 2018, and picked headlines from 14 of them. IFP has simply translated the headlines and does not vouch for their accuracy.

The top story in all papers today was the alleged encounter of IRGC boats and a US warship in the Persian Gulf.

Several papers also covered the comments made by Iranian Foreign Minister Mohammad Javad Zarif in an interview with the French newspaper Le Point. 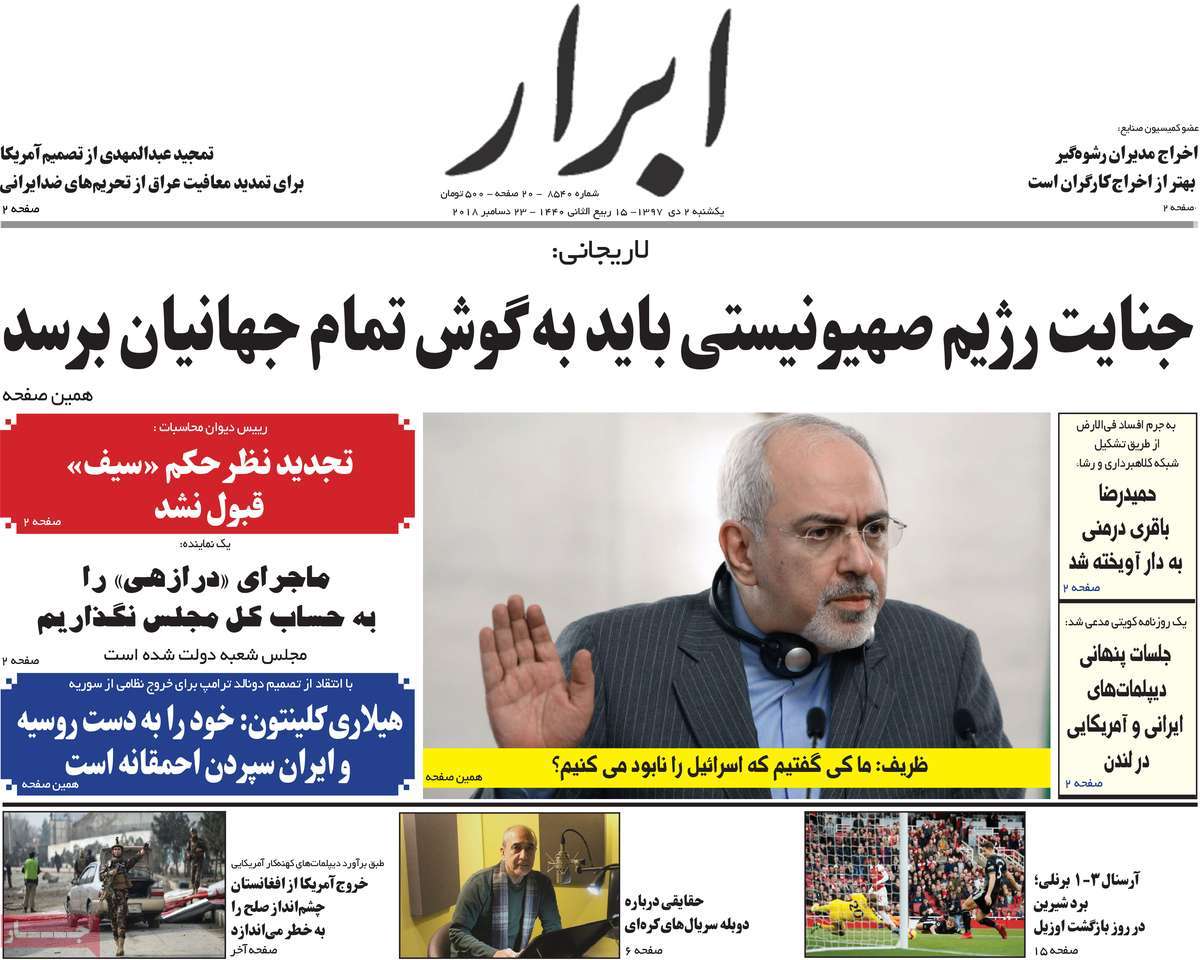 3- US Will Sooner or Later Enter into Talks with Iran: Senior Lawmaker 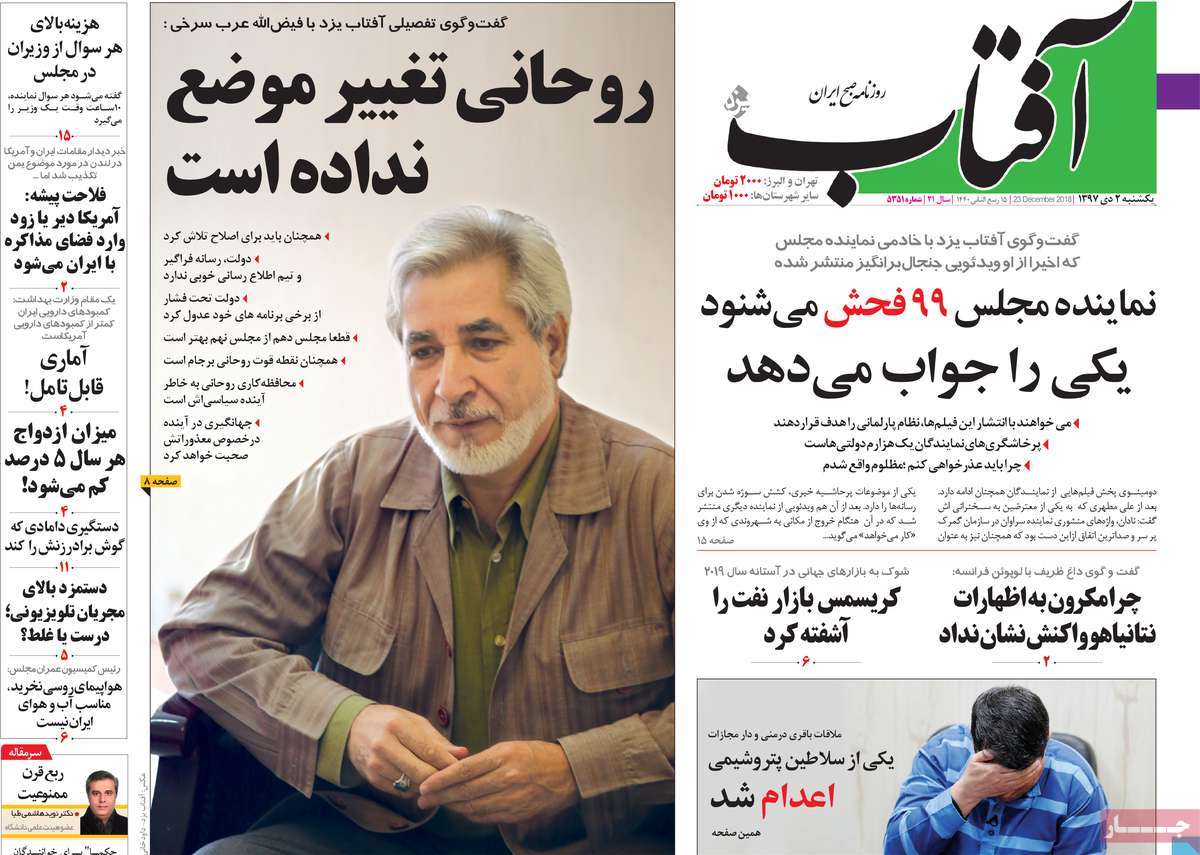 2- Lake Urmia on Path of Revival 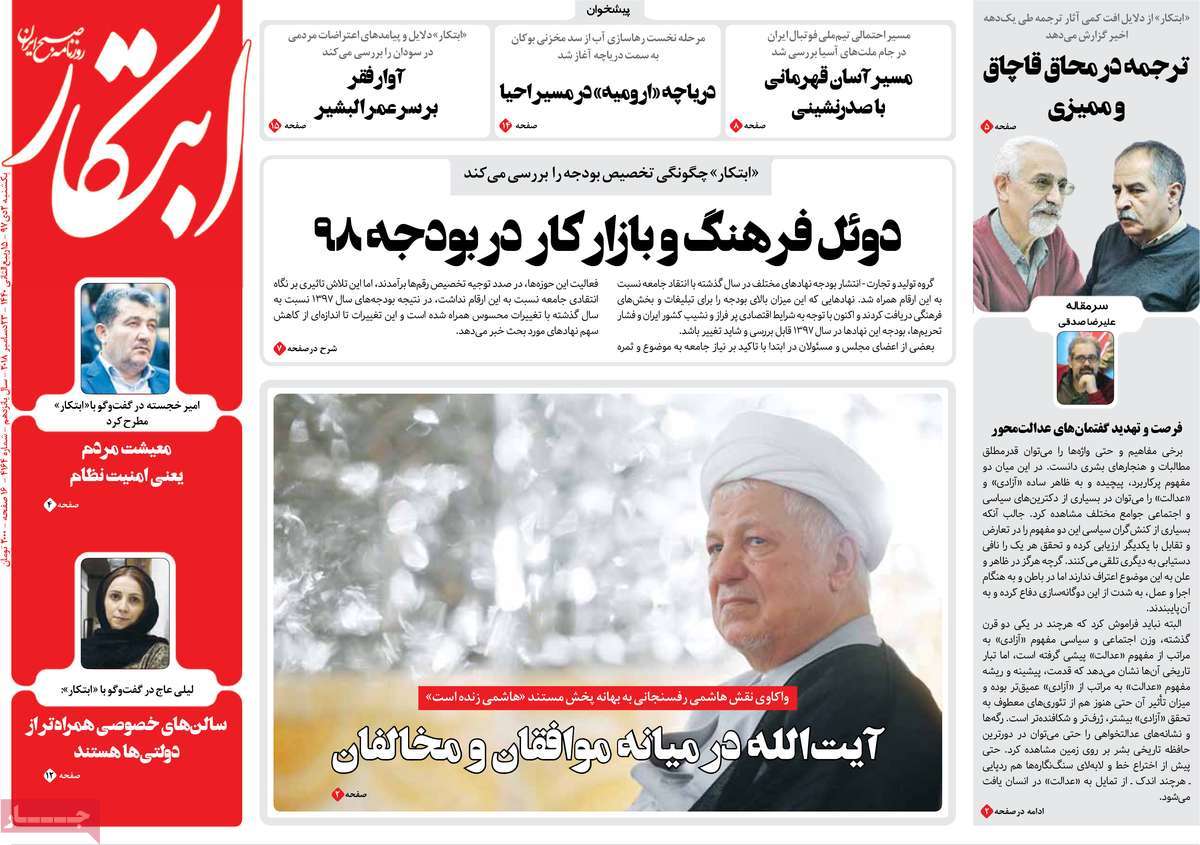 2- Iran, Not US, Responsible for Security of Hormuz Strait 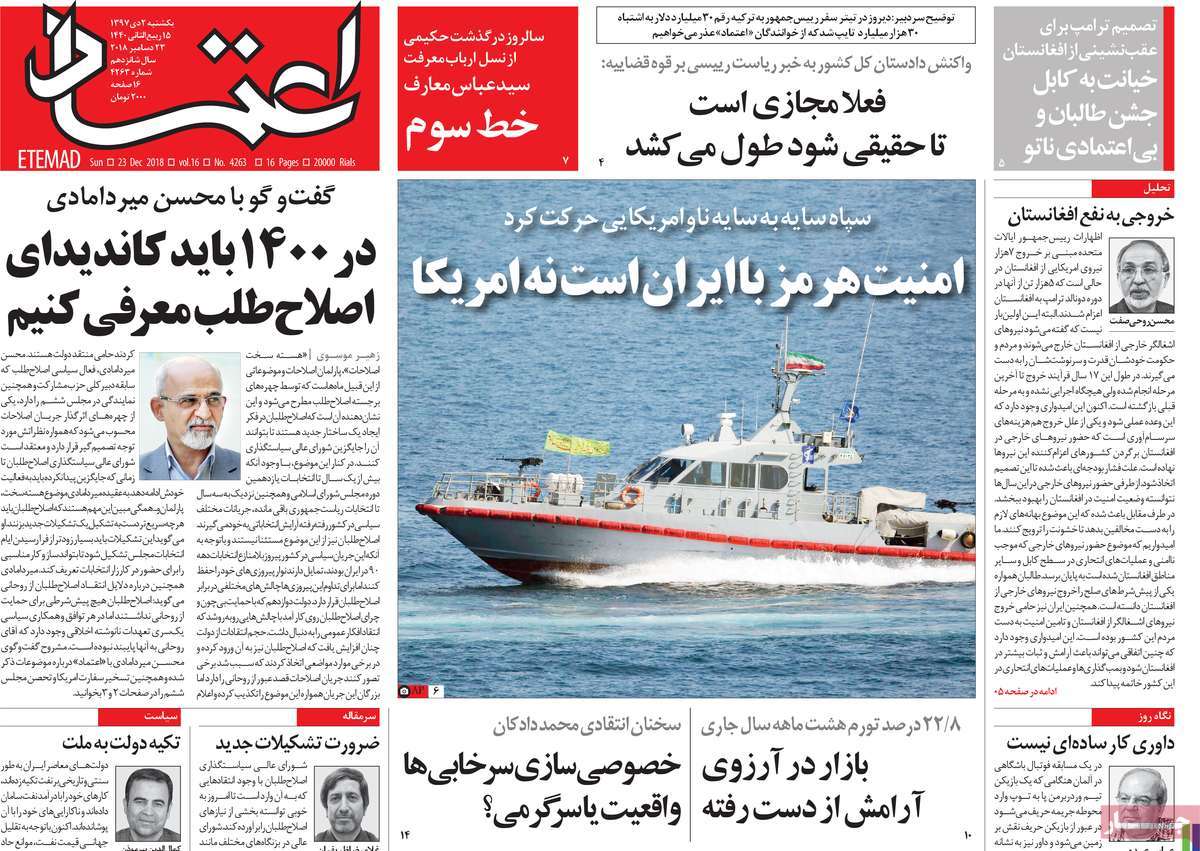 3- Zarif to Le Point: Europe Wants to Swim but Not Get Wet! 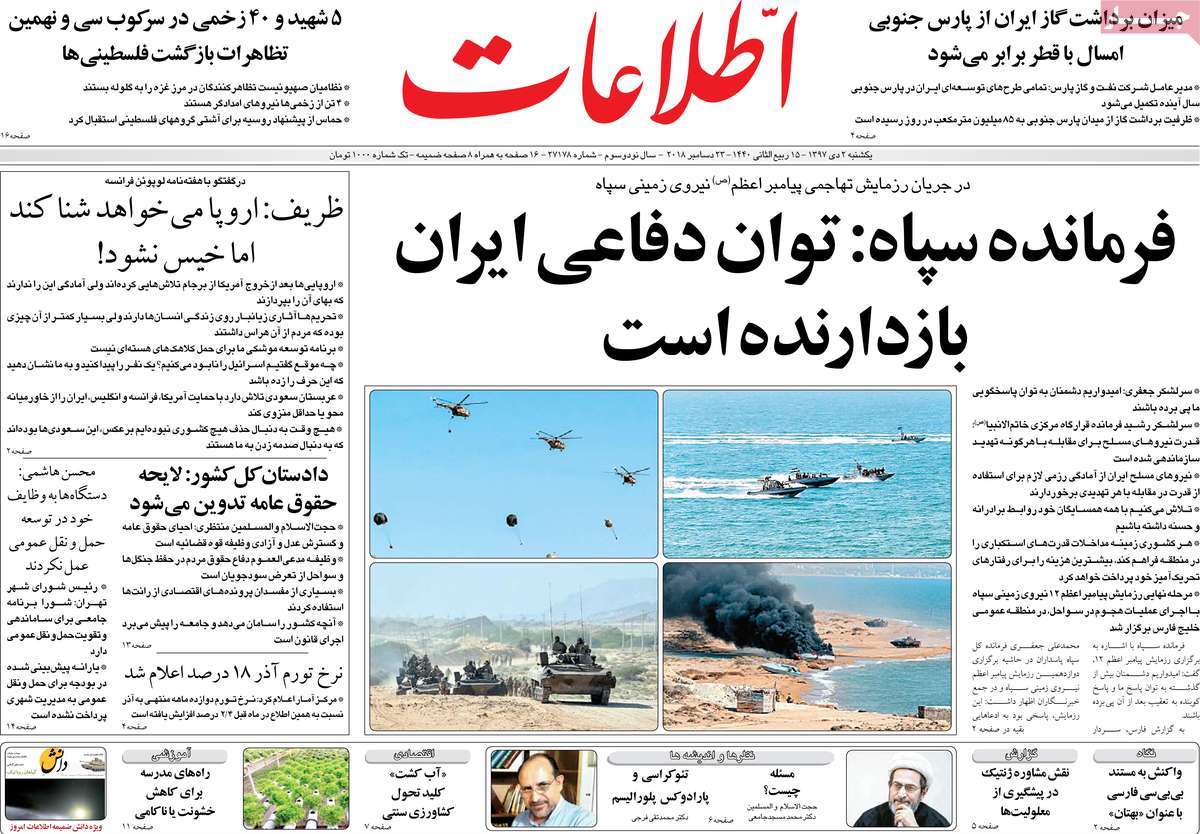 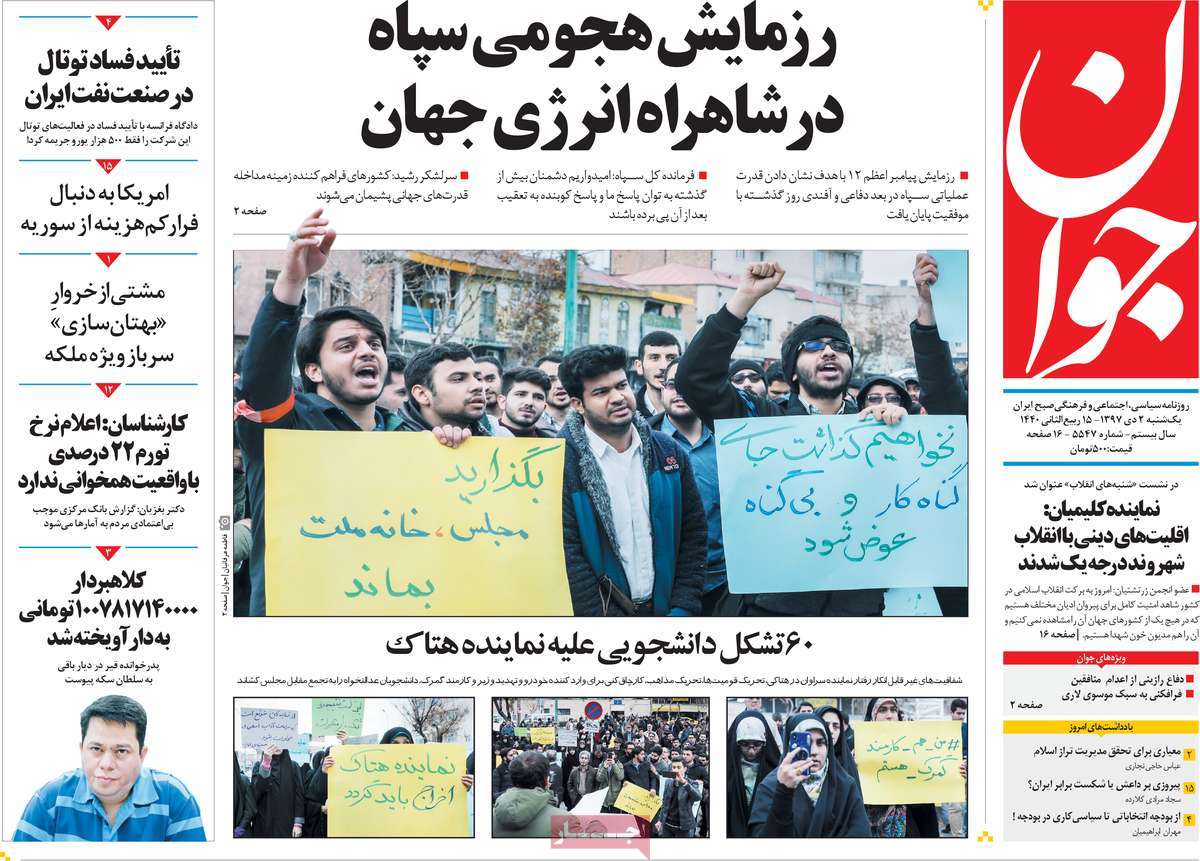 1- Central Bank’s Domination over Forex Market More than Ever: Governor 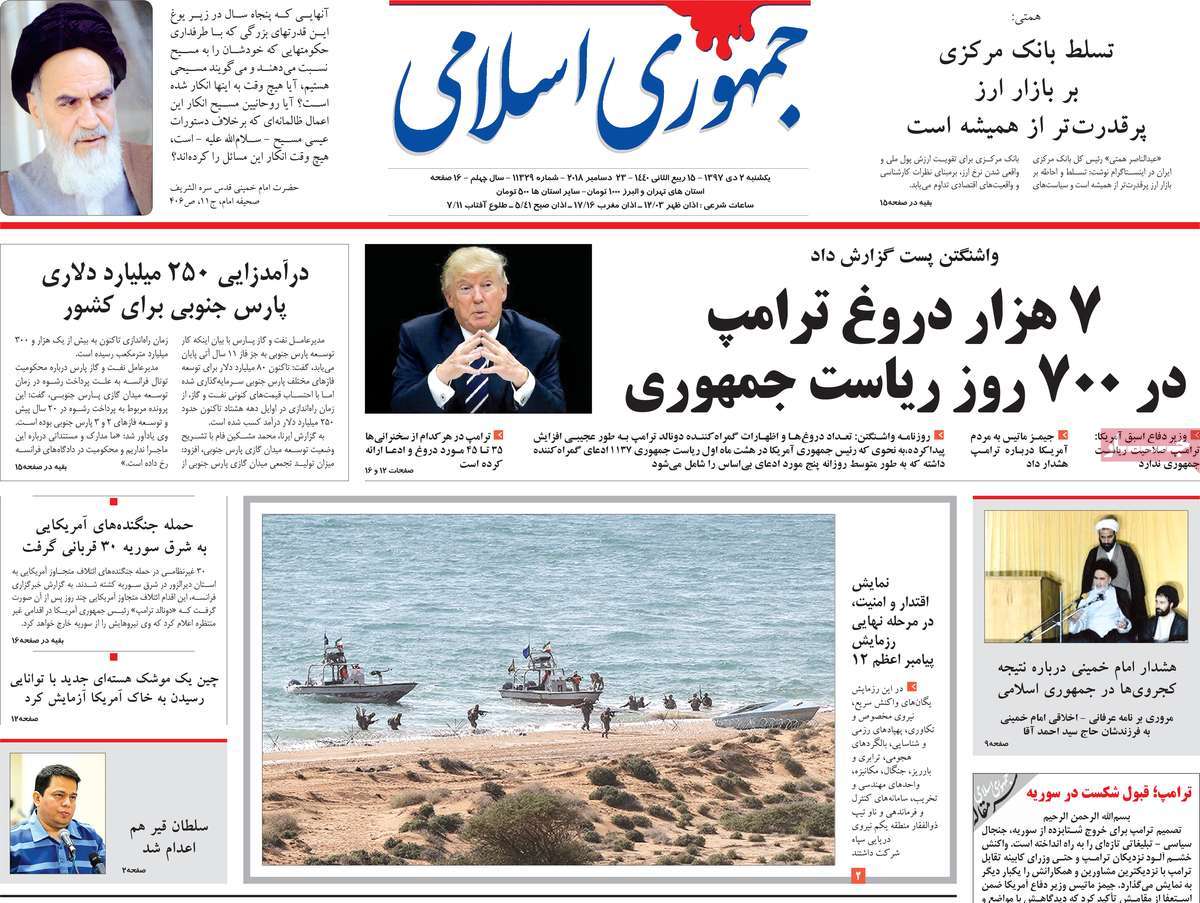 1- Trump’s Stubbornness Shuts Down US Government 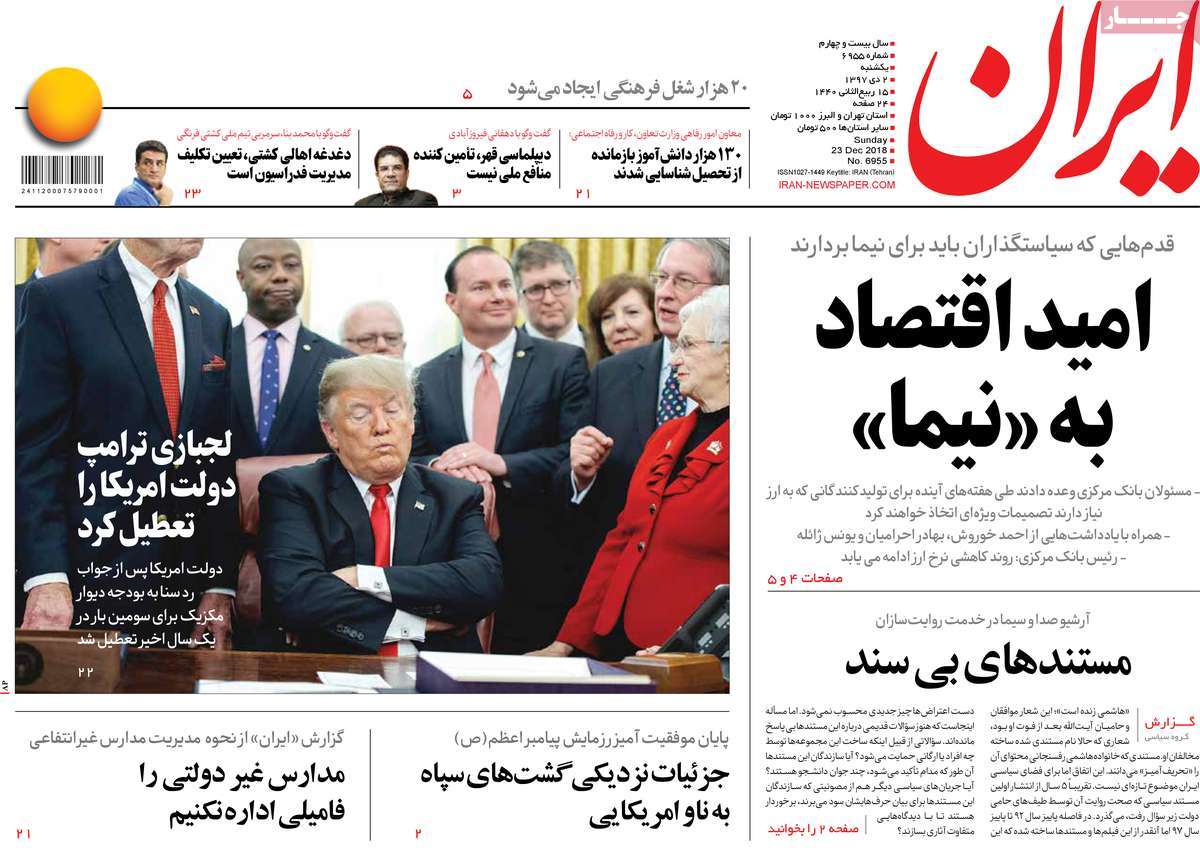 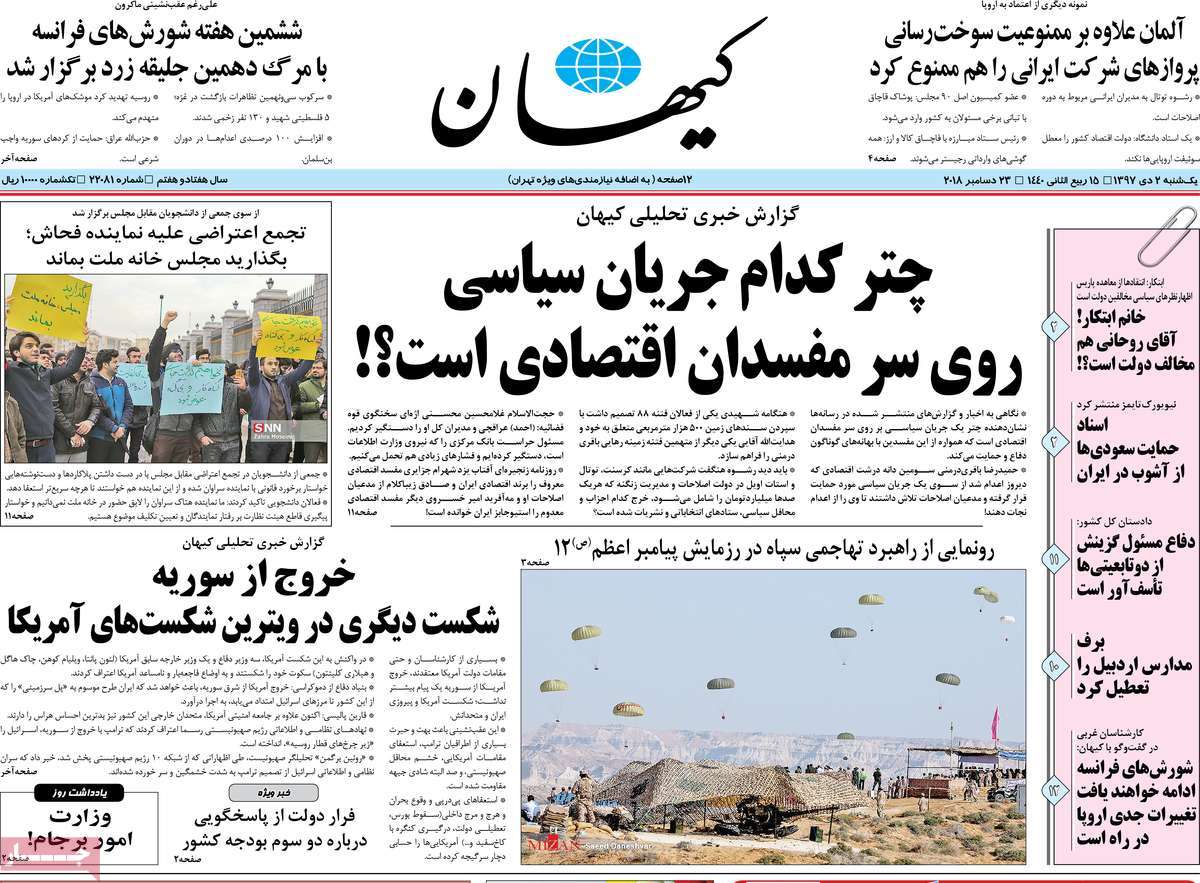 1- Iraqi PM Pleased with Being Exempted from Iran Bans

3- Iran Denies Holding Talks with US Diplomats in London 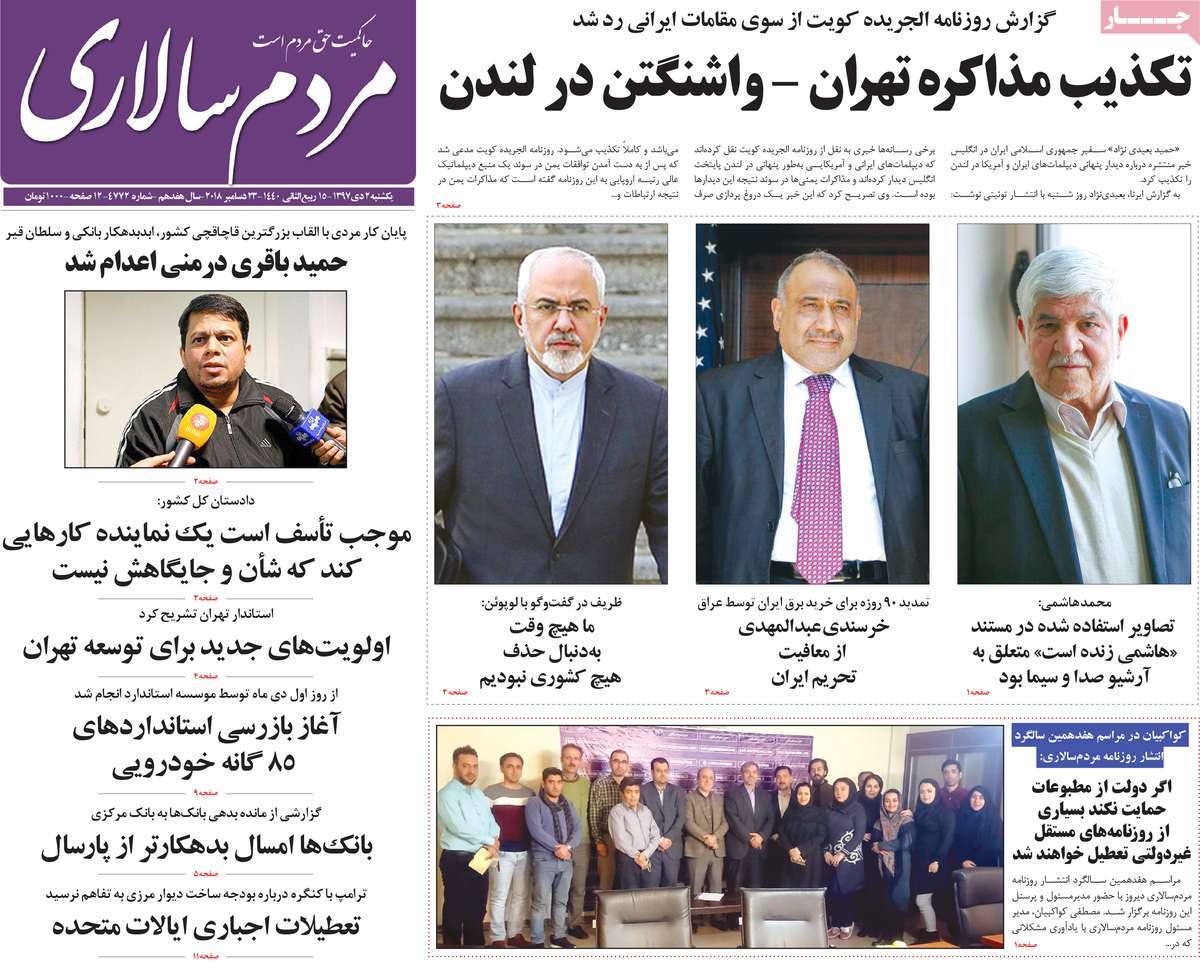 1- Ebrahim Raisi to Be Appointed as Head of Judiciary 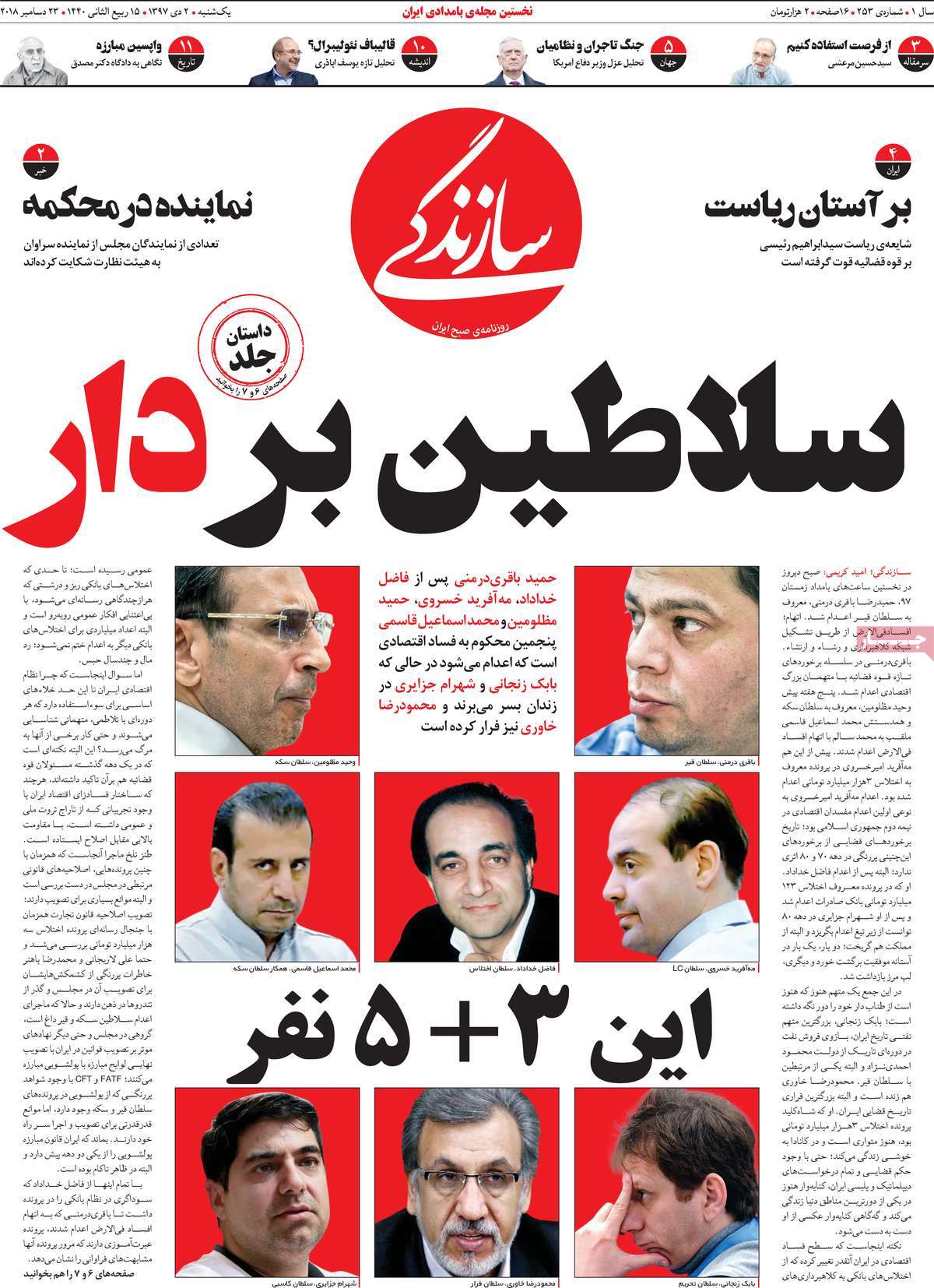 1- FM Zarif’s Analysis of US, Saudi Hostiles Moves against Iran

3- Message of US’ Untimely Withdrawal from Syria 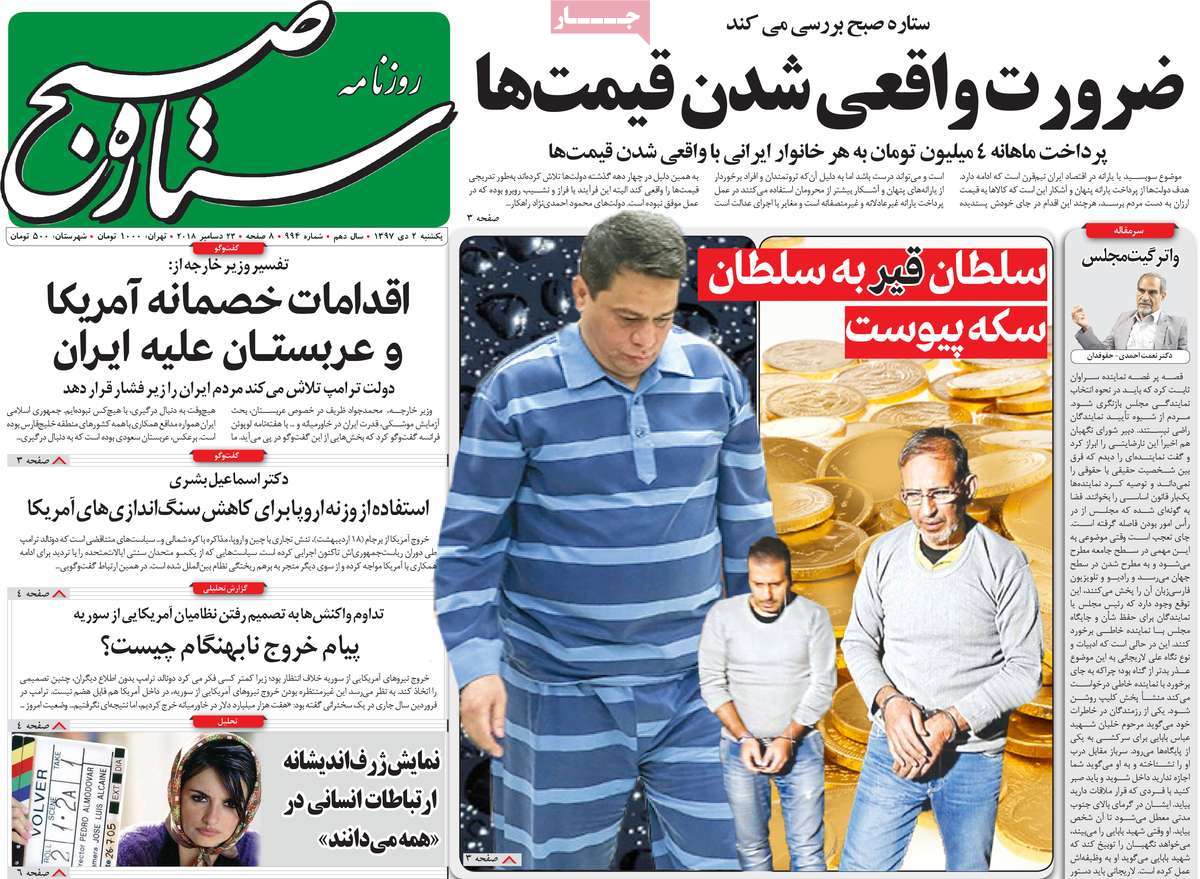 1- Washington in a Coma: Trump Fulfils His Promise to Shut Down Government 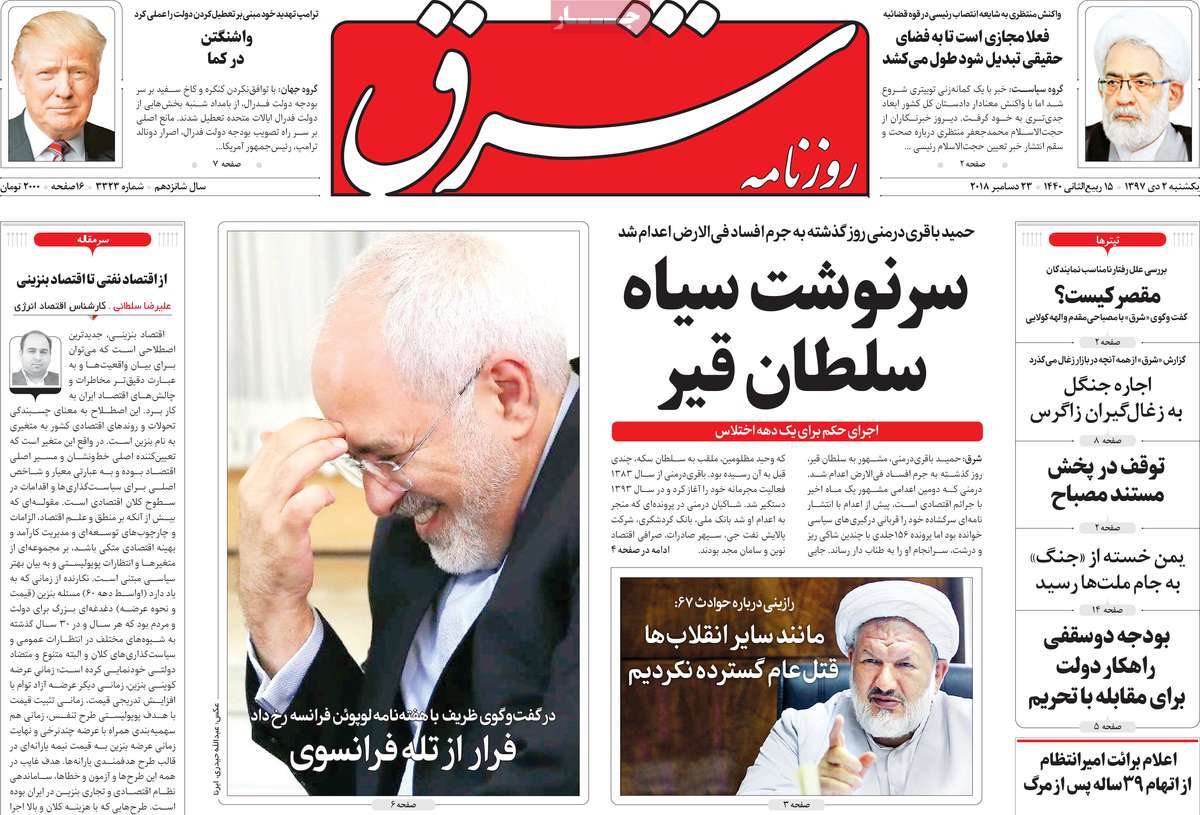 1- Clinton Slams Syria Withdrawal: US Leaving Everything for Iran, Russia 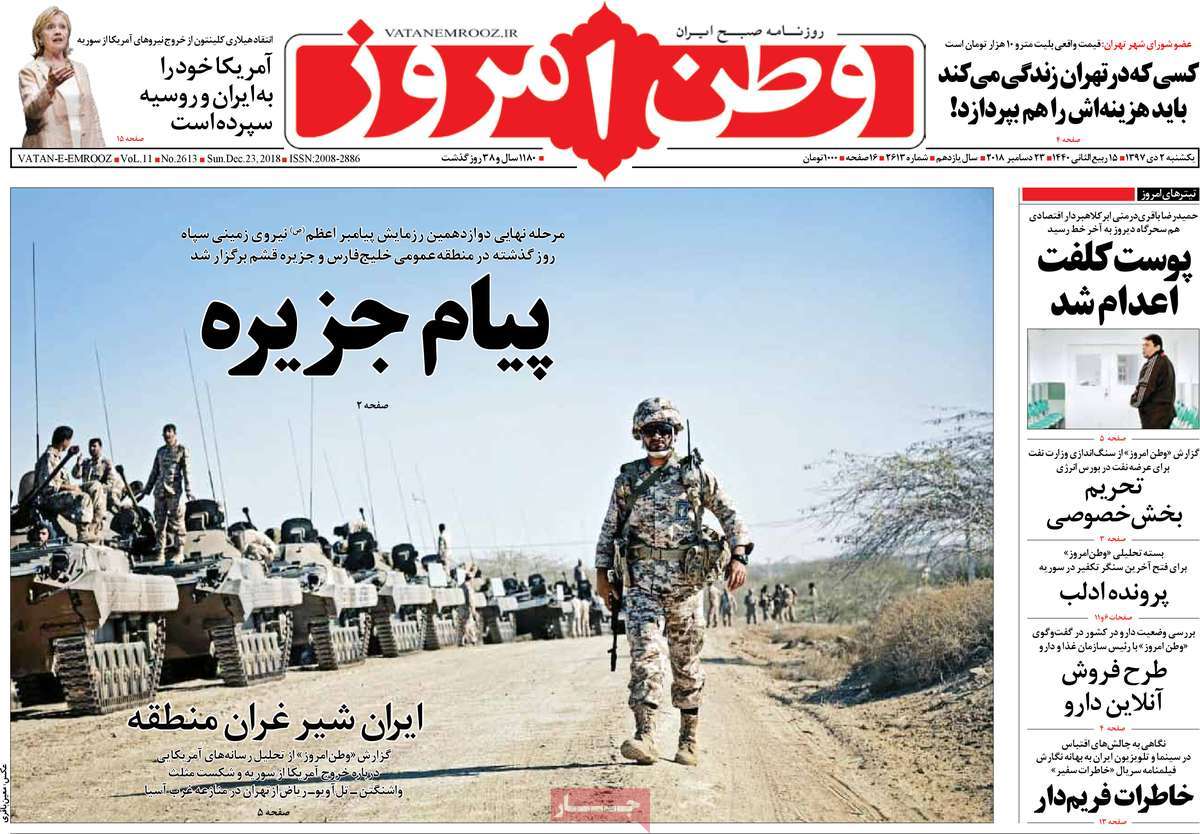