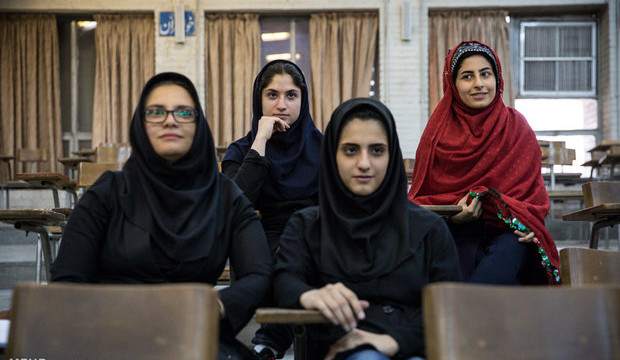 Married girls not expelled from day schools in Iran anymore

Iran Front Page – Day schools in Iran used to expel married students and send them to boarding schools on the pretext that they would give their classmates early awareness of marital matters, but the expulsions are going to stop.

Although the marriage of high school girls or boys now seems funny or impossible to many families, there are still people in Iran who get married at such an early age.

Since the 1990s, married students, especially girls, have been barred from studying at schools on the pretext that they give their classmates early school-age awareness of marital matters. Although no gender has been mentioned in the rule, this has only been applied to married girls.

First of all, school managers should look at the possibility of studying for these people in other schools, and if possible, they should be directed to adult schools.

The first married girls’ school was launched in 2010 with a capacity of 160 students in Kashmar County of Khorasan Razavi province. It was followed by another school for the education of married girls. But in some regions this was not possible.

On the other hand, many government officials had opposed the expulsion of married students. What’s really happening is that these students are usually victims of personal attitudes of managers and education officials.

For this reason, they are forced to study in an adult school which causes many psychological damages to them. Or they are forced to lie and keep their marriage a secret so that they can continue their studies next to their friends.

However, according to the Schools Administration Act, married students can now continue their studies under some conditions. They can study at day schools like other students, but they must refrain from sharing marital matters with other students.

An official with the ministry of education recently said “married girls can continue to attend day schools, but they should avoid changing their appearance or talking about marital issues with other students.

Otherwise, these students must continue their studies at an adult school or enroll in the same school, but only take the final examinations. There is also the possibility of studying at distance learning centres.”