Bloomberg | Michael Arnold and Jonathan Ferziger: It’s getting more difficult for Israel to keep its greatest foe away from its borders.

Donald Trump’s snap decision to withdraw U.S. troops from Syria surprised allies and rivals alike, and has left Israel feeling more vulnerable to threats from its arch-enemy Iran. Hezbollah, Iran’s proxy army in Lebanon, has already dug tunnels into Israeli territory and benefited from the chaos of Syria’s war by opening up weapons-supply lines from Tehran.

Now Iran is poised to fill a power vacuum left by the U.S., reaping the rewards of its support for Syrian President Bashar al-Assad in that country’s long civil war. While the American presence of some 2,000 soldiers in Syria was more deterrent than determinant, its absence may lead Israel to step up its campaign of bombing runs to prevent more weapons from reaching Hezbollah. 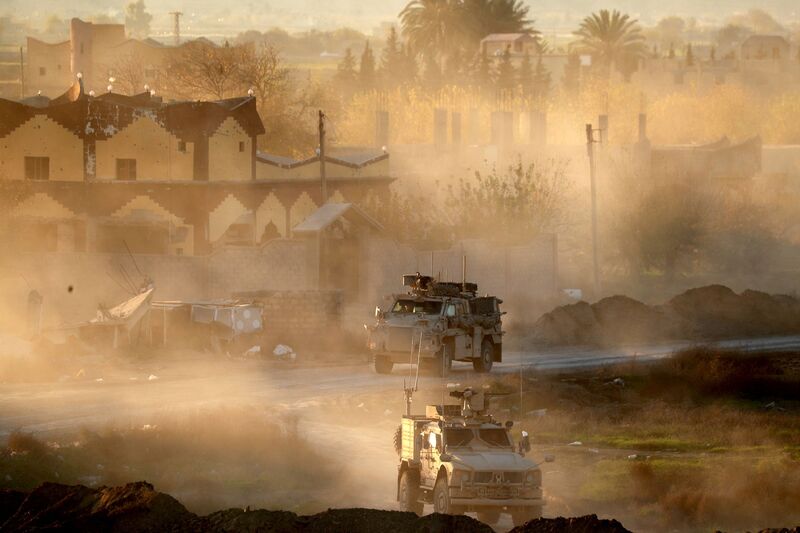 “The Americans were in the middle,” said Eyal Zisser, a political scientist at Tel Aviv University. “Now that they’re out, it will be much easier for Iran to have this open corridor from Tehran, through Baghdad — you can just take a car and in several hours you’re in Beirut.”

Israel has carried out more than 200 strikes in Syria against targets it describes as Iranian bases and weapons convoys, and says its top priority has been to stop Iran from establishing a ground route to transport weapons. Iran and Hezbollah say the group’s arms buildup will deter Israel from invading Lebanon, as it’s done twice in the past 40 years.

“We will continue to act in Syria to prevent Iran’s effort to militarily entrench itself against us,” Prime Minister Benjamin Netanyahu said on Thursday after Trump’s announcement. “We’re not going to reduce our efforts, we are going to increase our efforts.”

Netanyahu said he had spoken with President Donald Trump and knew a pullout was being considered. The two leaders spoke again about countering Iran on Thursday. Still, Trump’s announcement caught many Israeli officials by surprise and reinforced concerns about Iran’s ability to inflict harm.

The discovery of Hezbollah’s cross-border tunnel network refocused attention away from Israel’s volatile southern border with Gaza and onto the north, where Israel and Hezbollah fought a month-long war to a stalemate in 2006. Israel is seeking international support for its efforts to destroy the tunnels — saying they were intended for a surprise attack on Israeli towns and cities — and warns that it may have to act against advanced-weapons factories it says Hezbollah and Iran have hidden in civilian neighborhoods of Beirut. 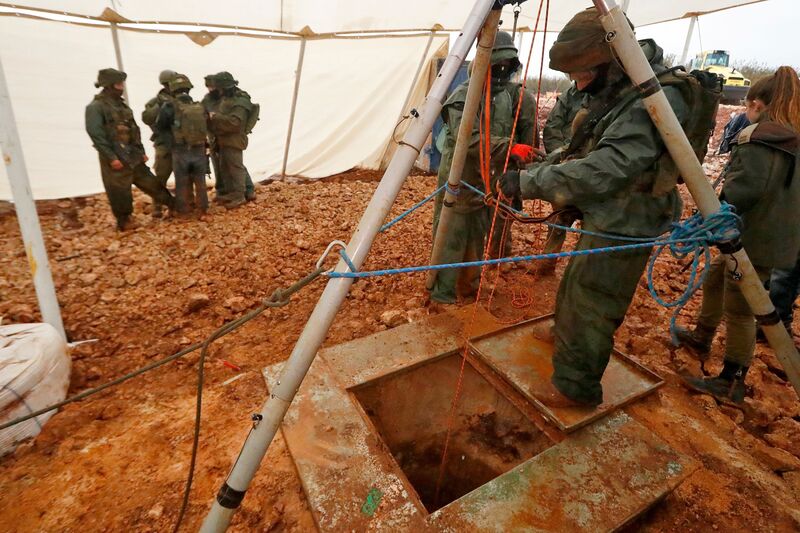 Lebanon’s Foreign Minister Gebran Bassil, whose party is in a political alliance with Hezbollah, has denied that the weapons facilities exist.

Three senior Israeli officials said that while the small U.S. force in Syria had largely focused on combating ISIS and had done little to assist on Israeli priorities anyway, the American withdrawal will still constitute a blow.

“Even though the U.S. was not acting directly against the Iranians, its presence there was a major obstacle,” said reserve Brigadier-General Yossi Kuperwasser, former director-general of Israel’s Strategic Affairs Ministry and now a fellow at the Jerusalem Center for Public Affairs. “By moving their forces away from Syria, it will make it easier for the Iranians to control Syria entirely.”

The three officials, who spoke on condition of anonymity to discuss sensitive matters, said the Israeli assessment was that Iran has less motivation to resume overland convoys after seeing Israel’s determination to attack them. Israeli officials now think Iran has begun sending weapons on commercial flights to Beirut instead, Haaretz newspaper reported.

The wildcard in Trump’s decision could be its impact on Russia, now the kingmaker in Syria, the officials told Bloomberg. Relations have been tense since September, when Moscow blamed Israel for an attack during which Syrian anti-aircraft fire brought down a Russian plane. In response, Russia provided advanced anti-aircraft systems to Syria over U.S. and Israeli objections, and warned Israel to take care in Syria’s skies.

Another concern is the presence of Iranian and allied forces near Israel’s border. Russia has said it’s keeping Iranian forces at least 100 kilometers (60 miles) away, but some say that’s not the case.

“The Syrian forces deployed in the Golan aren’t totally Syrian, some are subordinated to Iranian and Hezbollah commands,” Kuperwassser said. “They take orders from Iran and Hezbollah,” and “I don’t think the Russians are doing enough to make sure it doesn’t happen.”

Even without boots on the ground, U.S. support remains essential for Israeli efforts to counter Iran — in the form of diplomatic pressure, intelligence sharing and sanctions, said reserve Brigadier-General Eli Ben Meir, a former Israeli military intelligence attache to the U.S.

“There are bigger things here in the region than 2,000 soldiers, although that’s important,” he said.