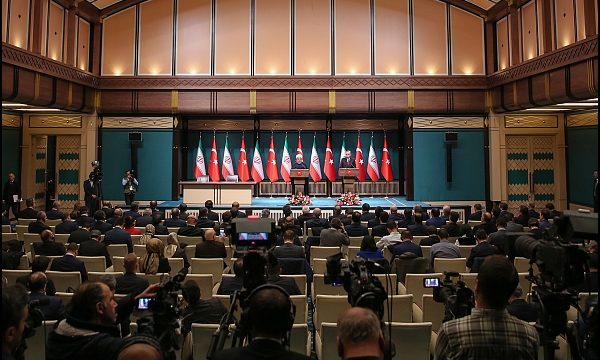 President described the 5th Meeting of High Council for Iran-Turkey Strategic Cooperation very effective and said, “Nobody and no power and no third country is able to harm the brotherly, neighbourly and close relations between Tehran and Ankara”.

Governor of Central Bank of Iran Abdolnaser Hemmati will hold a meeting with his Turkish counterpart on Thu. in Ankara to discuss ways to expand banking relations between the two sides.

Iran, Turkey back any measure for realisation of $30bn trade between Tehran, Ankara

The Presidents of the Islamic Republic of Iran and the Republic of Turkey issued a joint statement at the end of the 5th Meeting of High Council for Iran-Turkey Strategic Cooperation and stressed that they would take any necessary measures for increasing trade between the two countries to the $30bn goal by strengthening the existing mechanisms.

A jurist member of the Guardian Council emphasized that the council has made extensive and detailed studies to review the FATF bills.

Iran’s Parliament Speaker Ali Larijani denounced military aggression against people of Yemen, saying the warmongers have not achieved any of their objectives due to the Yemeni people’s steadfast defense of their land.