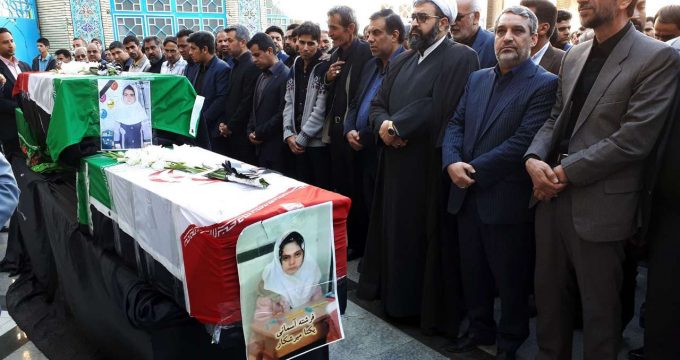 Voice of America – Iranian media say a Tuesday school fire that killed three girls in Iran’s impoverished southeast indicates the country has not resolved safety issues that led to a similar tragedy in 2012.

Iranian state media said the three girls died after suffering burns over more than 90 percent of their bodies in the Tuesday morning fire at an all-girls preschool and elementary school center in Zahedan, capital of Sistan and Baluchistan province. It is one of Iran’s most underdeveloped regions.

The reports said the girls had been rushed to a hospital but succumbed to their burns hours later. They said a fourth girl also was burned, while other students and staff escaped the flames.

It was the deadliest such incident in Iran since Dec. 5, 2012, when a fire erupted at an all-girls elementary school in the northwestern town of Shinabad. In that case, a faulty oil stove exploded as it was being used to heat a classroom during winter, killing two girls and burning 26 others.

Eleven survivors of the Shinabad fire staged a protest outside the office of Iranian President Hassan Rouhani in Tehran in July, saying they were fed up with waiting for authorities to pay for reconstructive surgery that they still needed five years after the fire. 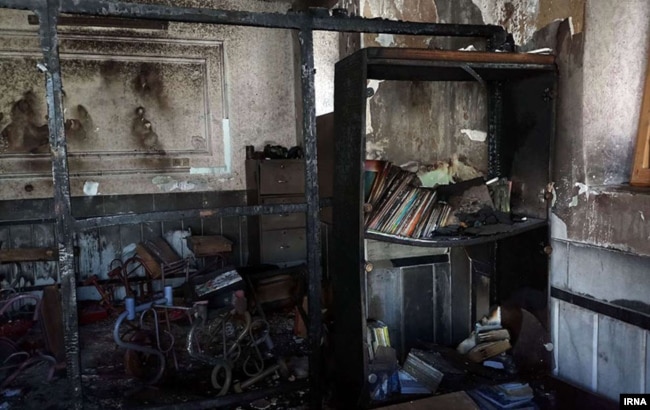 This photo published by Iranian state news agency IRNA shows the aftermath of a Dec. 18, 2018, fire at an all-girls school in the southeastern city of Zahedan. Three girls died in the blaze.

Iranian state news agency IRNA published a statement by First Vice President Eshaq Jahangiri offering condolences to the families of the victims and calling for the fire to be investigated and those responsible for it to be dealt with.

IRNA’s report led with a photo showing mourners carrying the coffins of the three deceased girls in a Wednesday funeral procession. It also said educational authorities responded to the fire by suspending the Zahedan school’s license for violations of regulations.