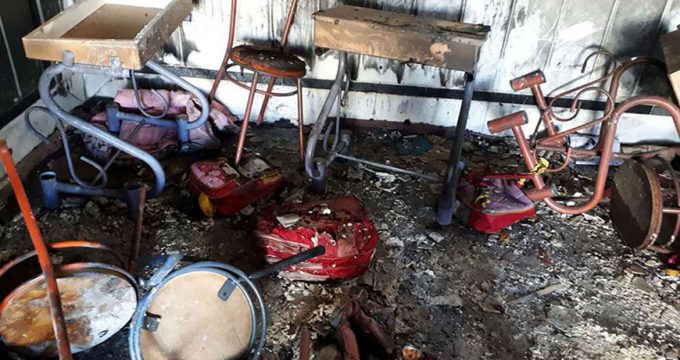 Al-Monitor – A blaze on Dec. 18 at a girls’ school in the southeastern Iranian border town of Zahedan — the capital of Sistan and Baluchistan province — that killed at least four 6-year-old girls has thrown the nation into deep mourning. According to official reports, the fire erupted after one of the students accidentally tripped an old oil heater while playing with others during a break. Neighbors and school staff managed to rescue most of the 59 students before firefighters arrived at the scene to extinguish the blaze.

A few hours later, Iranian Education Minister Mohammad Bathaei reacted with a promise to launch an investigation into the tragedy, which he blamed on the school staff’s negligence. A local official also quickly resigned afterward. “I have no explanation to offer. I feel like I have lost my children or grandchildren,” he said in a statement meant to alleviate the suffering of the families of the deceased. Meanwhile, a local prosecutor general announced that the school headmaster and a teacher have been placed under arrest to face charges over the deaths.

But neither of those reactions seemed to console or be of any help with the grief that gripped the nation. “Detentions or resignations can do no good to the pain of the families. … How much longer will people have to suffer the loss of their young loved ones [at schools]?” wrote Reformist daily Aftab, as it criticized authorities for reducing such tragedies to blame games with no practical measures.