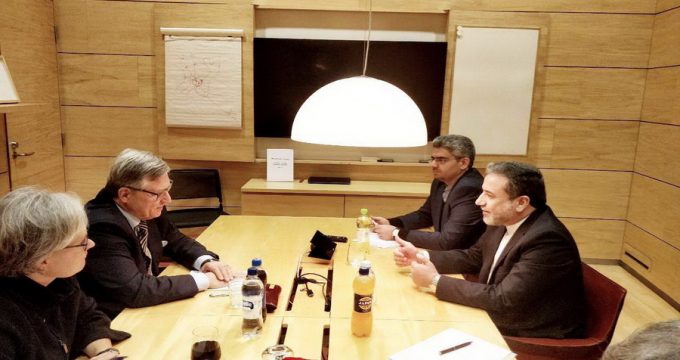 IRNA – Iran’s Deputy Foreign Minister for political affairs Abbas Araqchi said on Tuesday that sanctions are defeated policy, as Iran has lived with sanctions for years even it made remarkable progress in sanctions era.

Araqchi who is currently in Finland added, “Language of respect should replace language of sanctions and threats.”

He held talks with the Secretary of State for the Ministry of Foreign Affairs of Finland Matti Anttonen and deputy foreign minister Anne Sipilainen and deputy chairman of Finland Parliament.

During the meetings, they discussed latest developments surrounding JCPOA, region and mutual cooperation.

Highlighting significance of JCPOA in terms of boosting cooperation and interaction with the countries, including Finland, Araqchi said that JCPOA which is a major diplomatic and security achievement faced challenge following the US withdrawal from the deal.

“With this move, the US administration undermines not only JCPOA but also independence and sovereignty of the countries and international efforts for maintaining NPT,” he said.

Araqchi also welcomed Finnish government’s political resolve for keeping up cooperation with Iran, hoping that the country is ready for hosting Finnish companies.

Finnish officials, for their parts, reiterated their country’s backing for JCPOA as a big diplomatic multilateral achievement, saying that Finish administration is determined to enhance collaboration with Iran.

Finnish companies are still interested to be present in Iran’s market, they said.