A Look at Iranian Newspaper Front Pages on December 19

Iran Front Page – IFP has taken a look at the front pages of Iranian newspapers on Wednesday, December 19, 2018, and picked headlines from 13 of them. IFP has simply translated the headlines and does not vouch for their accuracy.

The top story in all papers today was the controversy sparked by a viral video of a war of words between a lawmaker and a civil servant, which was widely condemned by social media users, and turned even more controversial after the Parliament defended the MP instead of reprimanding him for his offensive comments.

Several papers also covered a tragic incident in a school in the south-eastern city of Zahedan, where a fire caused by an oil heater killed two schoolgirls and wounded some others.

A move by the French police to join the ongoing protests by going on strike, and the trilateral talks between Iran, Russia, and Turkey on the Syrian constitutional committee in Geneva also received great coverage. 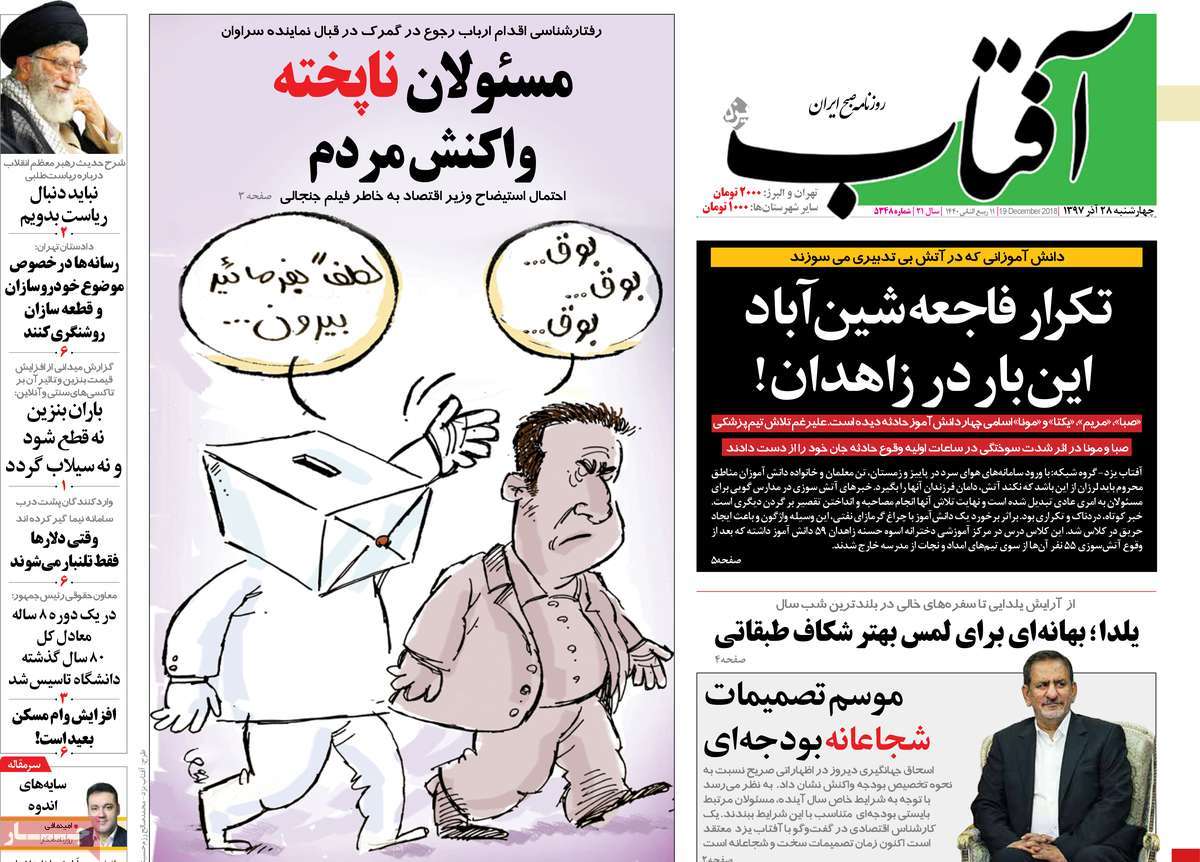 1- Game of Impeachment in Iran Parliament

2- We Shouldn’t Seek Top Executive Positions; It Has Consequences: Leader 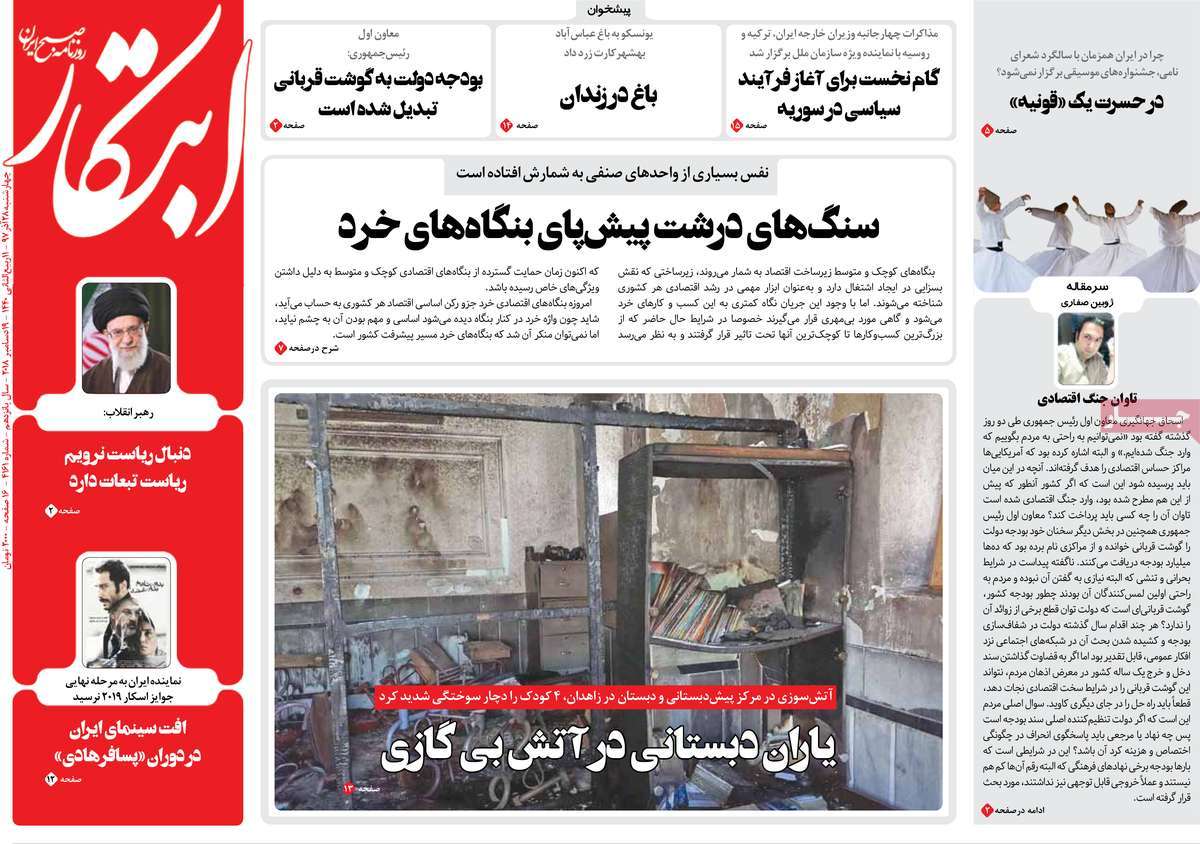 2- We No Longer Want to Overthrow Assad Regime: US 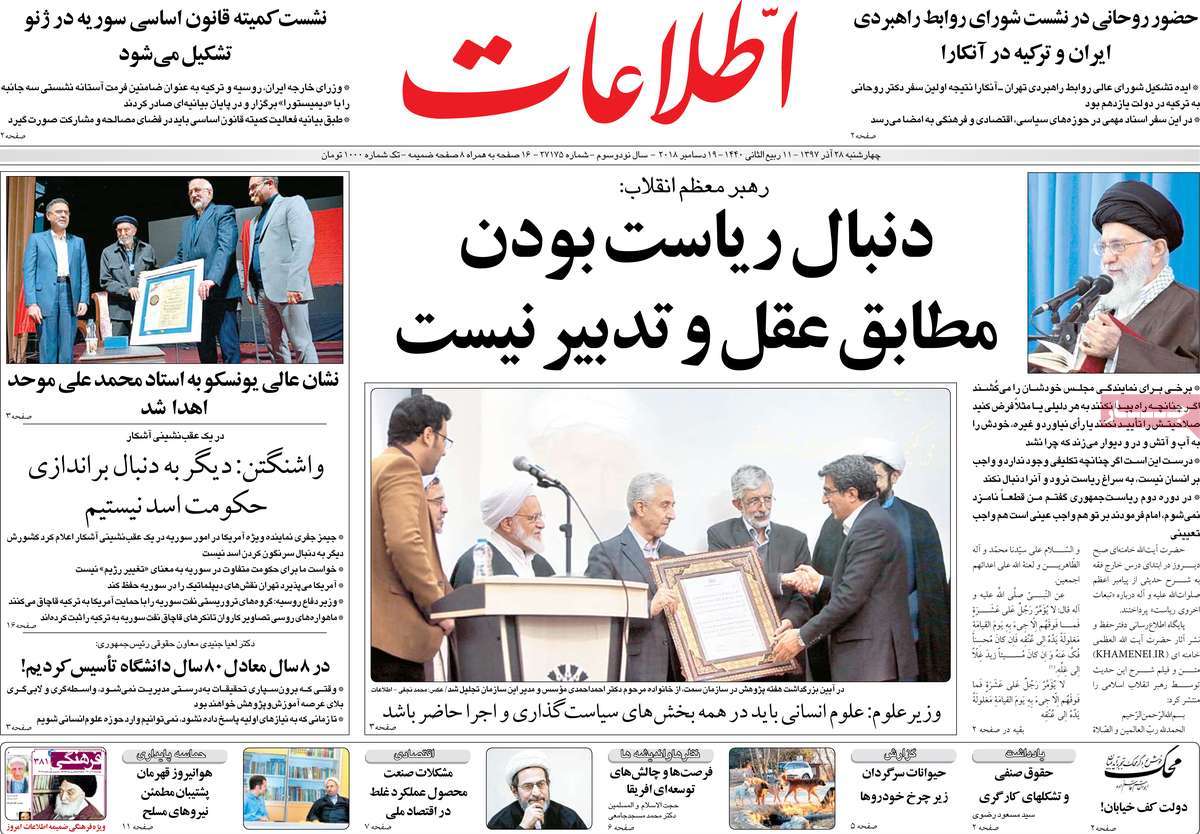 2- Letter to Ambassadors of Germany, Switzerland 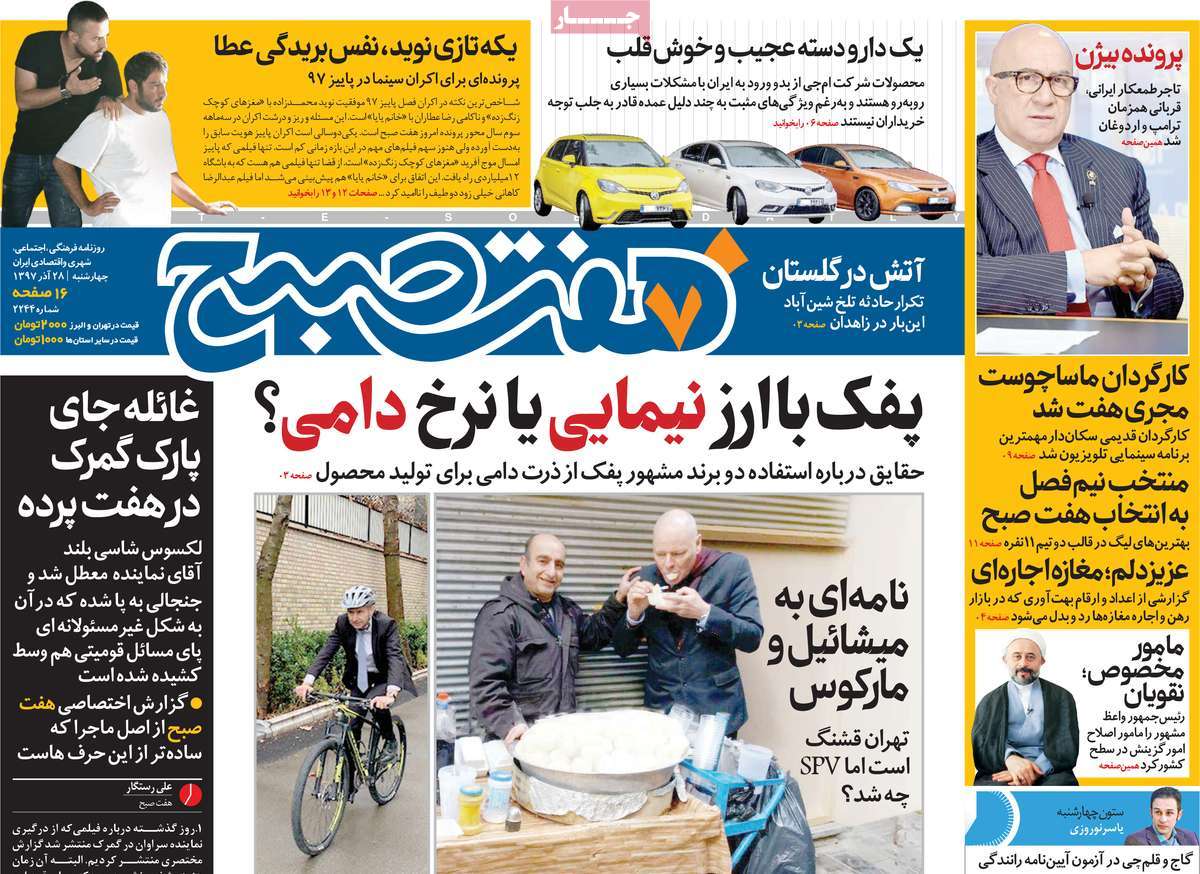 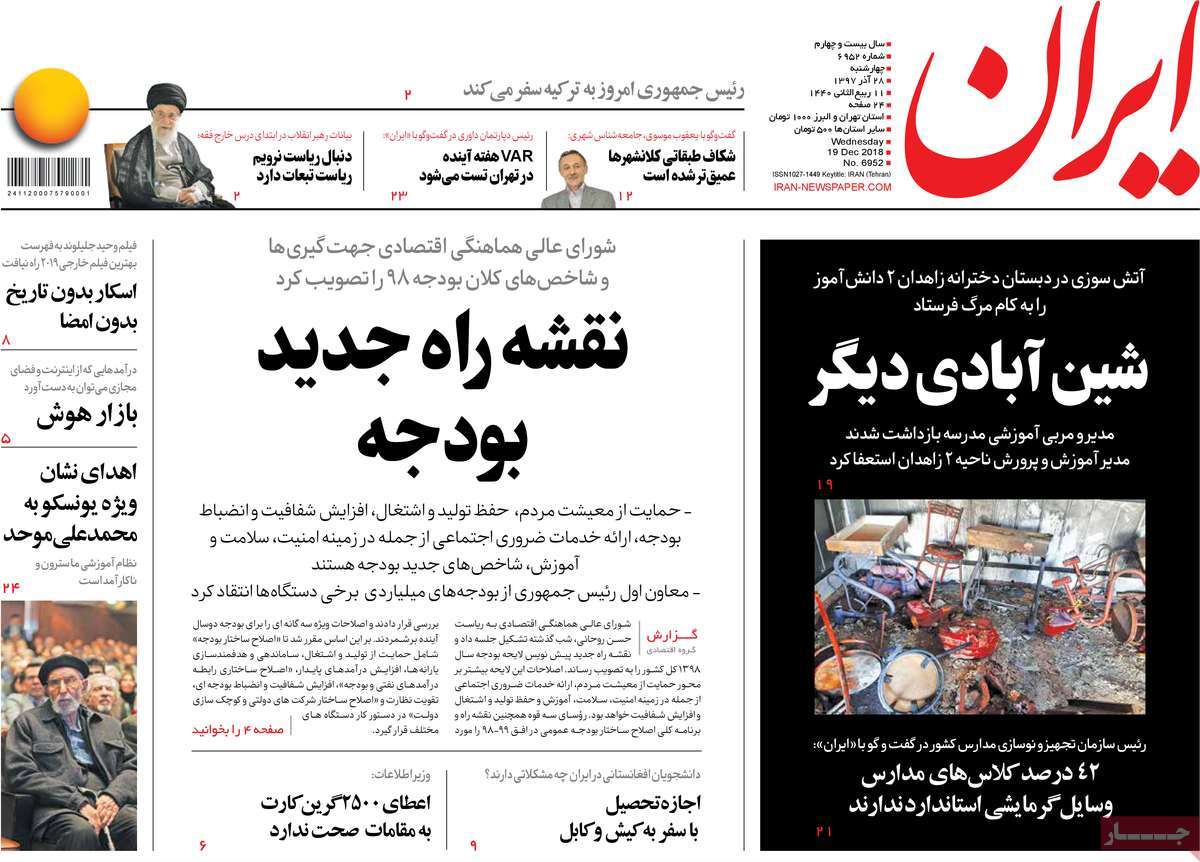 1- Totally Beneath Dignity of Parliament

2- Iranian Meat Being Exported despite High Prices in Iran

3- A Ceasefire with Chance of Violation 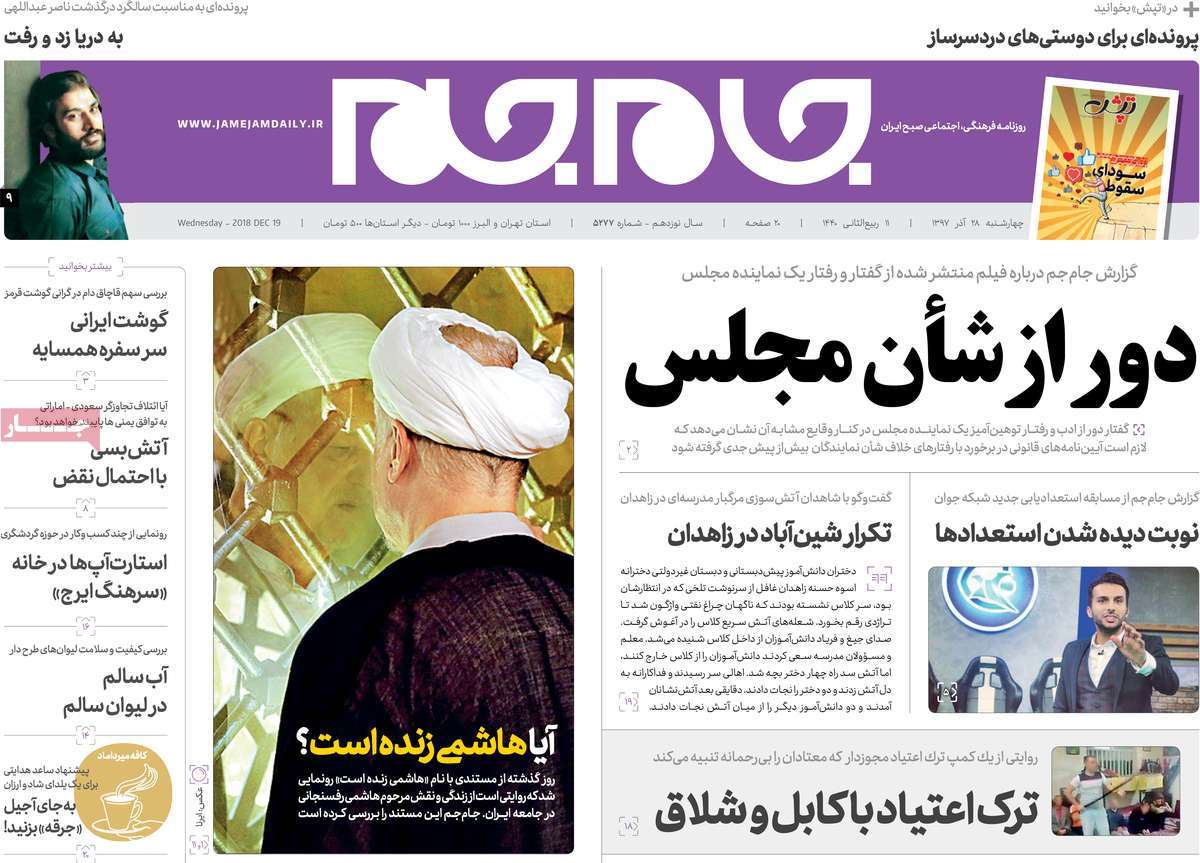 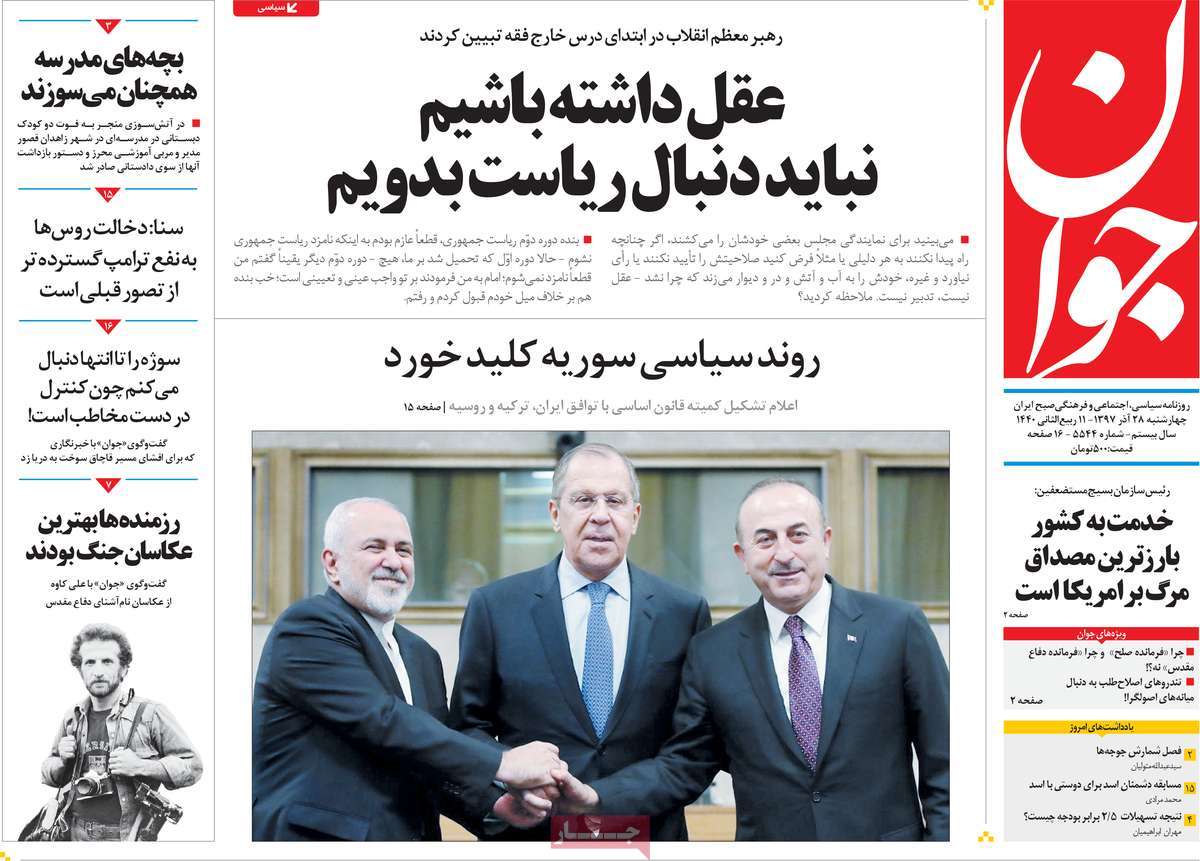 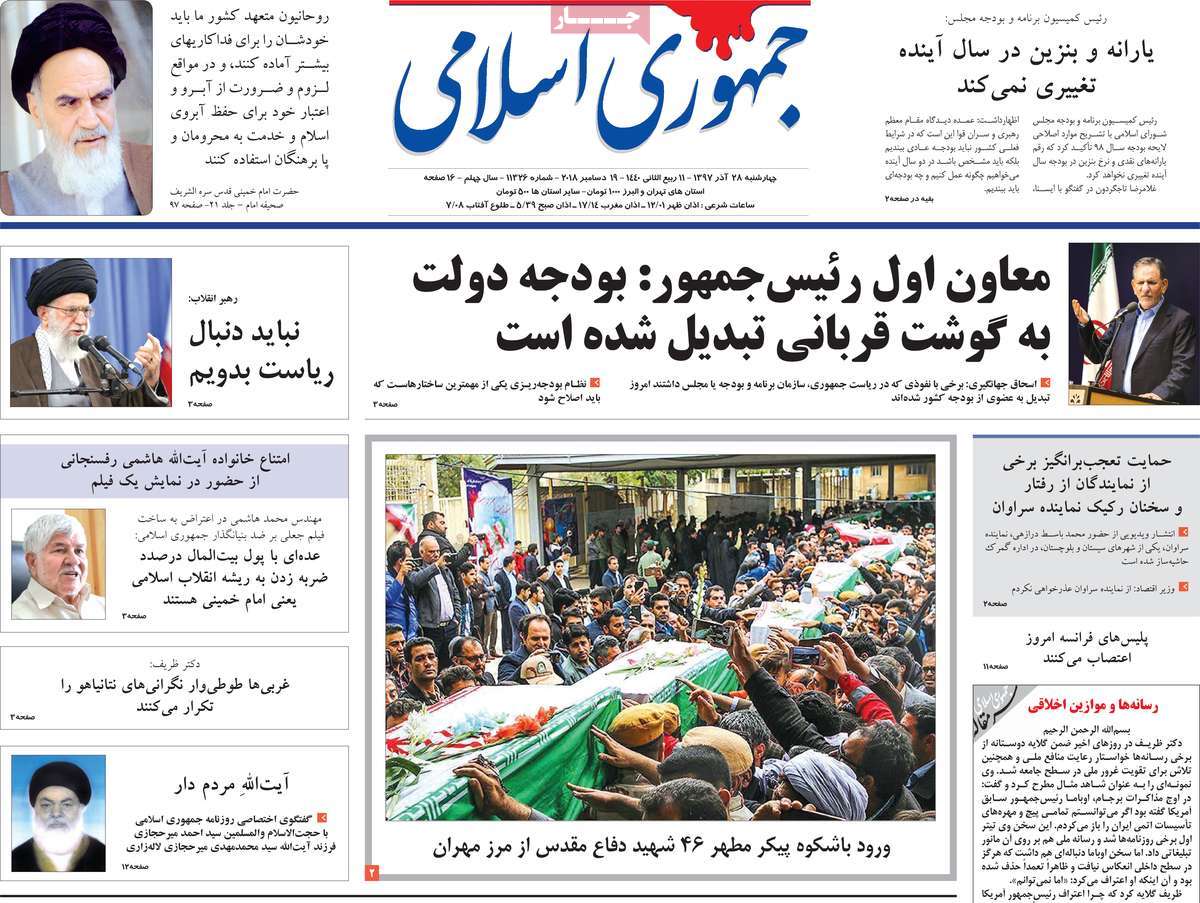 2- Assad Must Decide Which Arab Countries to Forgive in 2019: Ray al-Youm

3- French Gov’t Considering Use of Chemical Weapons against Protesters

5- Parliament No Place for Offending Lawmakers 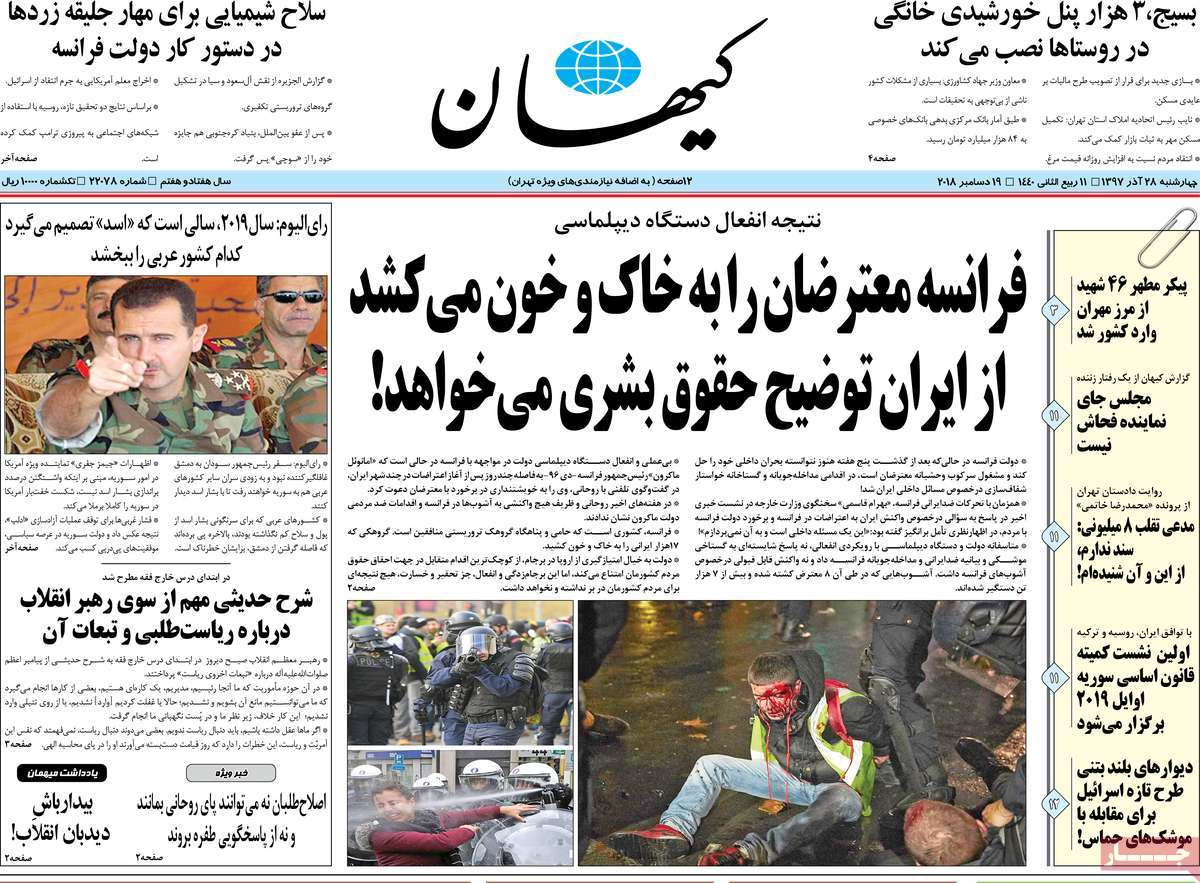 1- Impeaching Minister Instead of Reprimanding Lawmaker 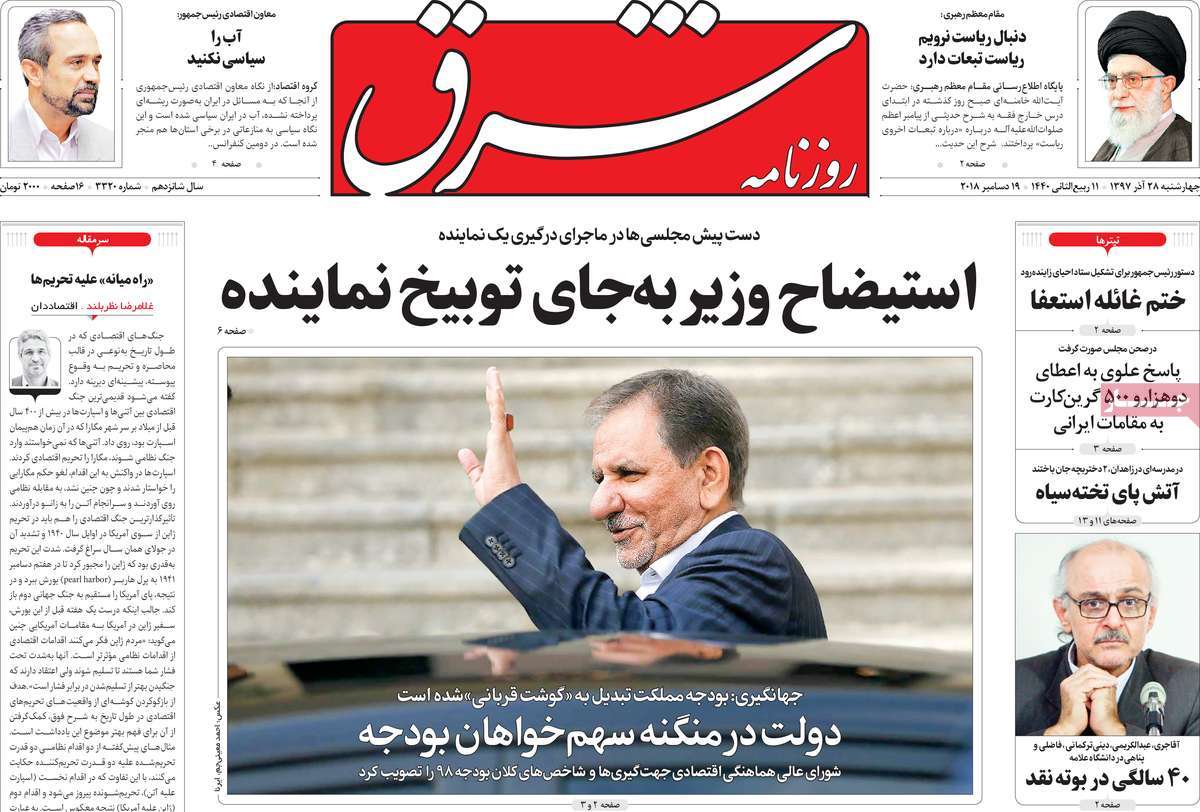 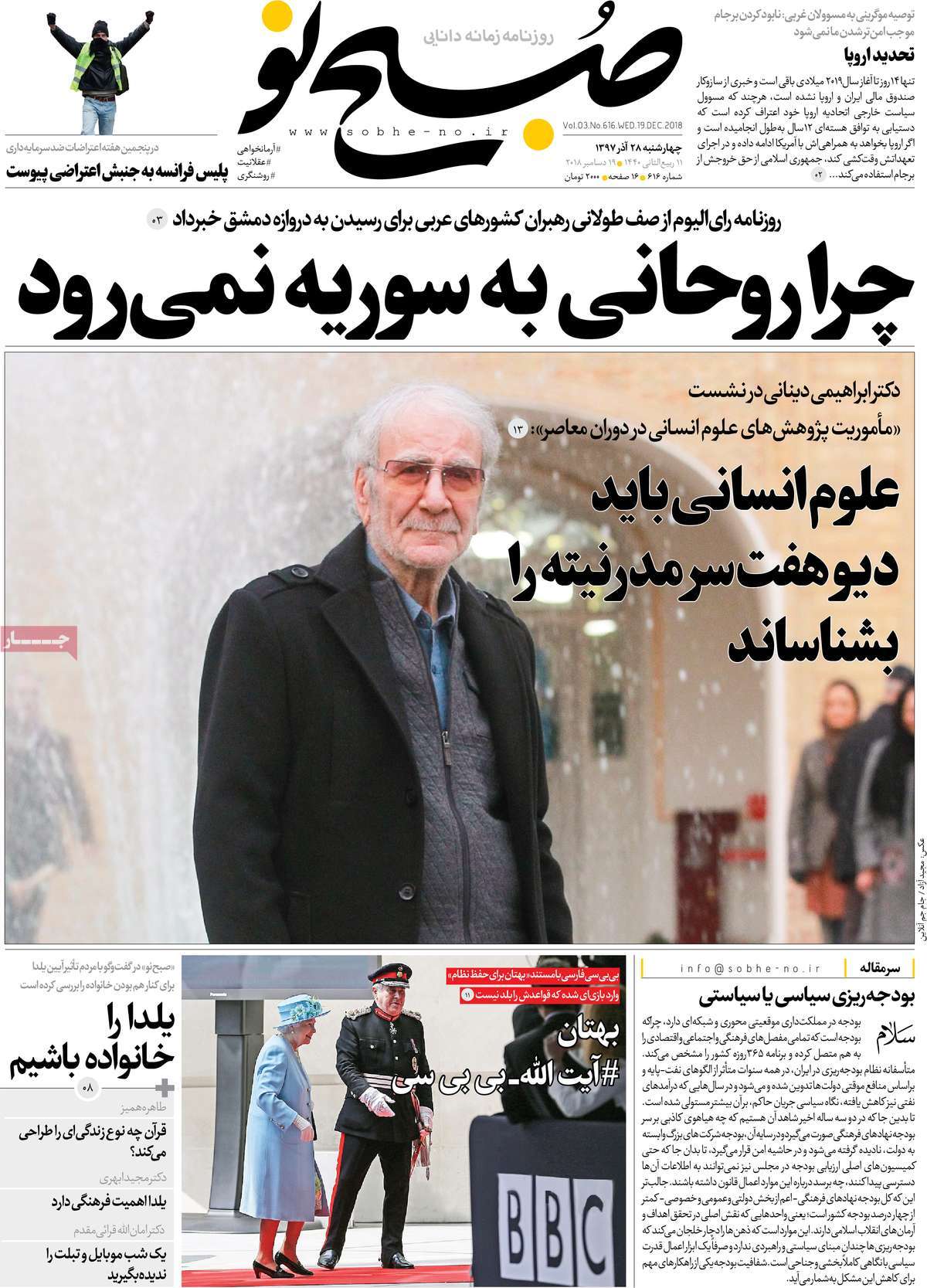