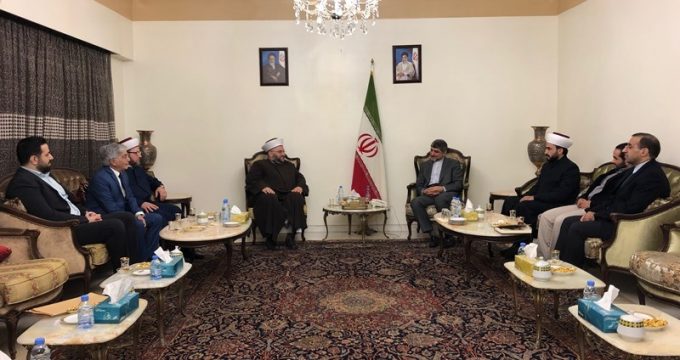 During the meeting held in Iran’s Embassy in Beirut, both sides discussed regional developments.

They stressed unity as the pivot of resistance movement, saying that the movement has gained resolute victories and withstood Takfiri terrorism with strength.

The attendees also underscored role of resistance groups in standing against the Zionist regime and their allies, saying that Iran’s resistance and stability in the region have created wider prospects for resistance groups.

Lebanese political and religious spectra have close ties with Iran.