A Look at Iranian Newspaper Front Pages on December 18

Iran Front Page – IFP has taken a look at the front pages of Iranian newspapers on Tuesday, December 18, 2018, and picked headlines from 14 of them. IFP has simply translated the headlines and does not vouch for their accuracy.

A top story today was the beginning of a fresh round of Syria talks in the Swiss city of Geneva, attended by the foreign ministers of Iran, Turkey, and Russia.

Several papers today covered the visit of Sudanese President Omar al-Bashir to the Syrian capital, which was the first of its kind by an Arab leader in eight years.

Also a top story was the US sanctions against Iranian airplanes and aviation industry, which are causing problems for the country’s flights.

2- We Provide Clarification for Iran’s Missile Program, but Won’t Negotiate It: Foreign Ministry

3- Al-Hayat: Pressures of US, Europe on Turkey Aimed at Preventing Operation in NE Syria

4- UN: Ceasefire in Hudaydah to Get into Operational Phase 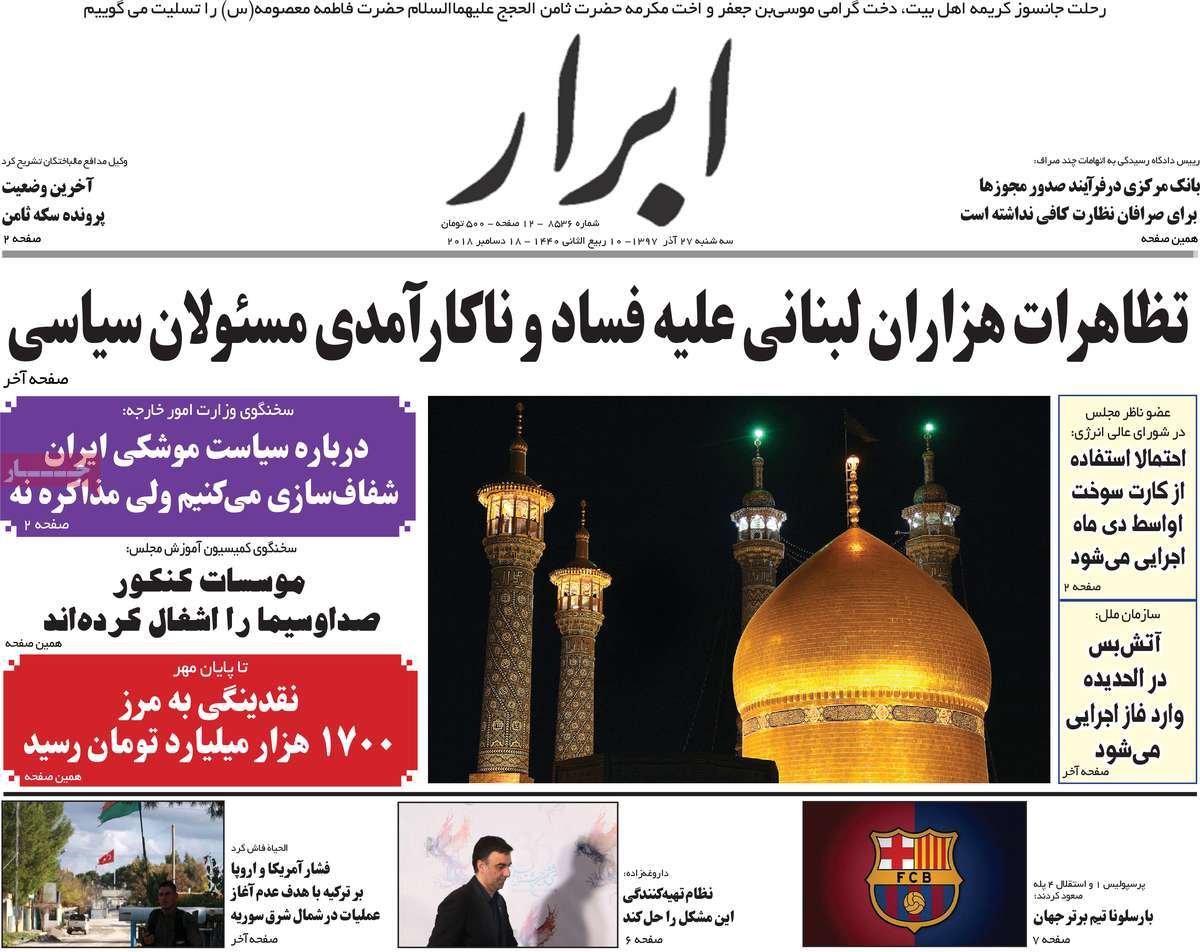 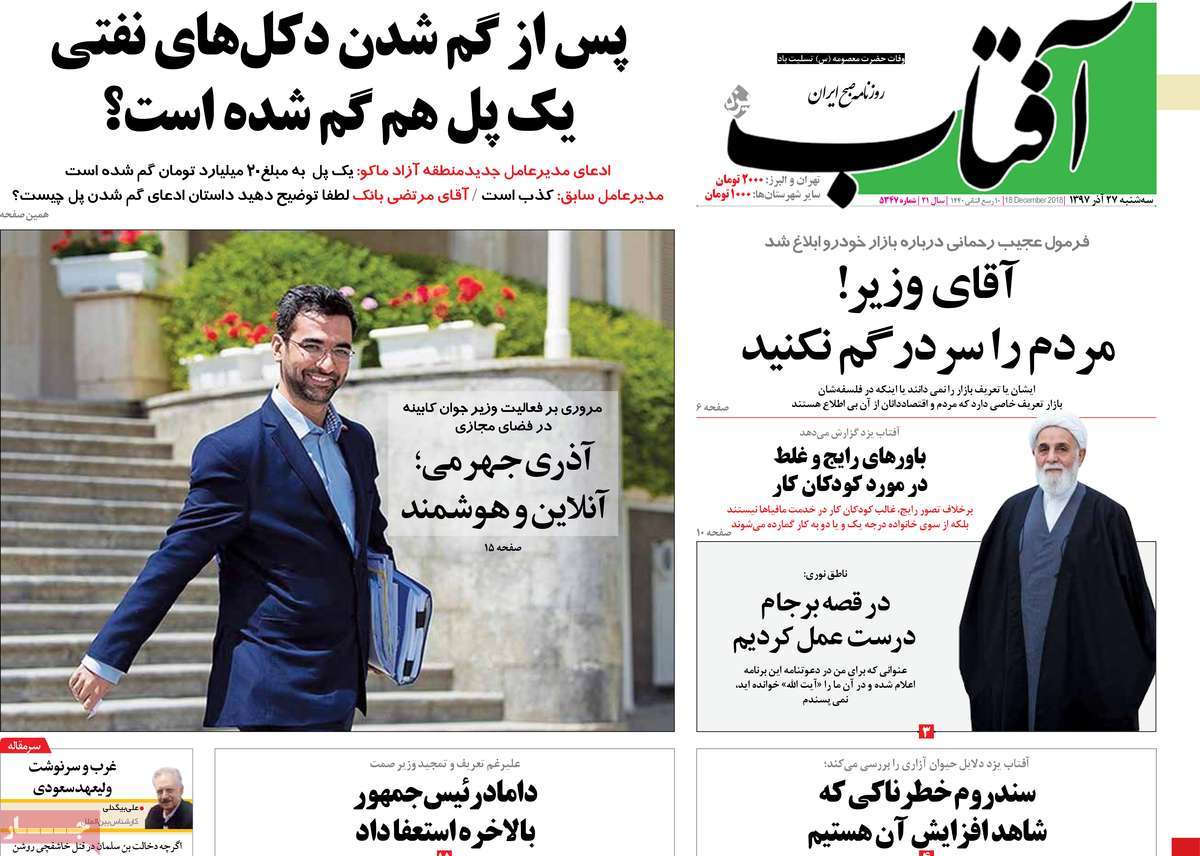 1- Will Europe Join Fuel Sanctions? Continued Stonewalling, Pressure by US 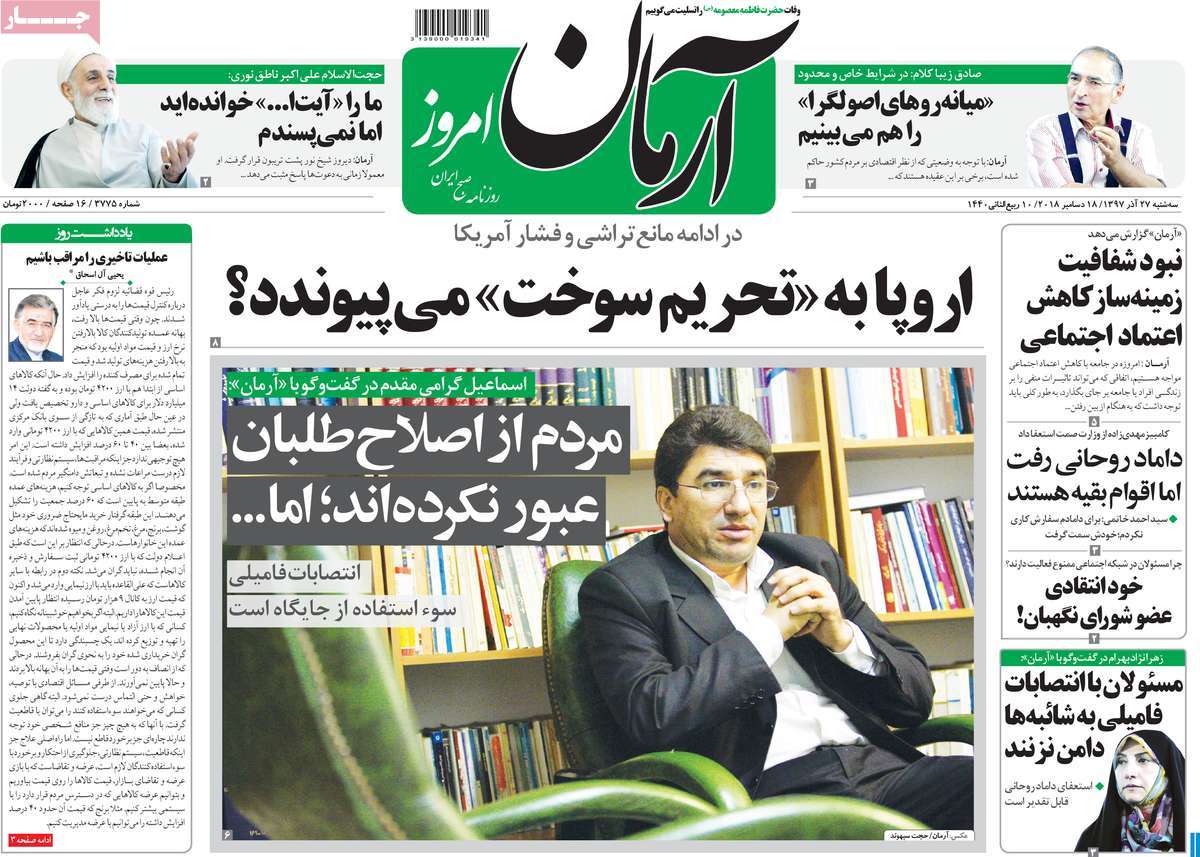 1- We Had Very Wise, Proper Performance on JCPOA: Cleric 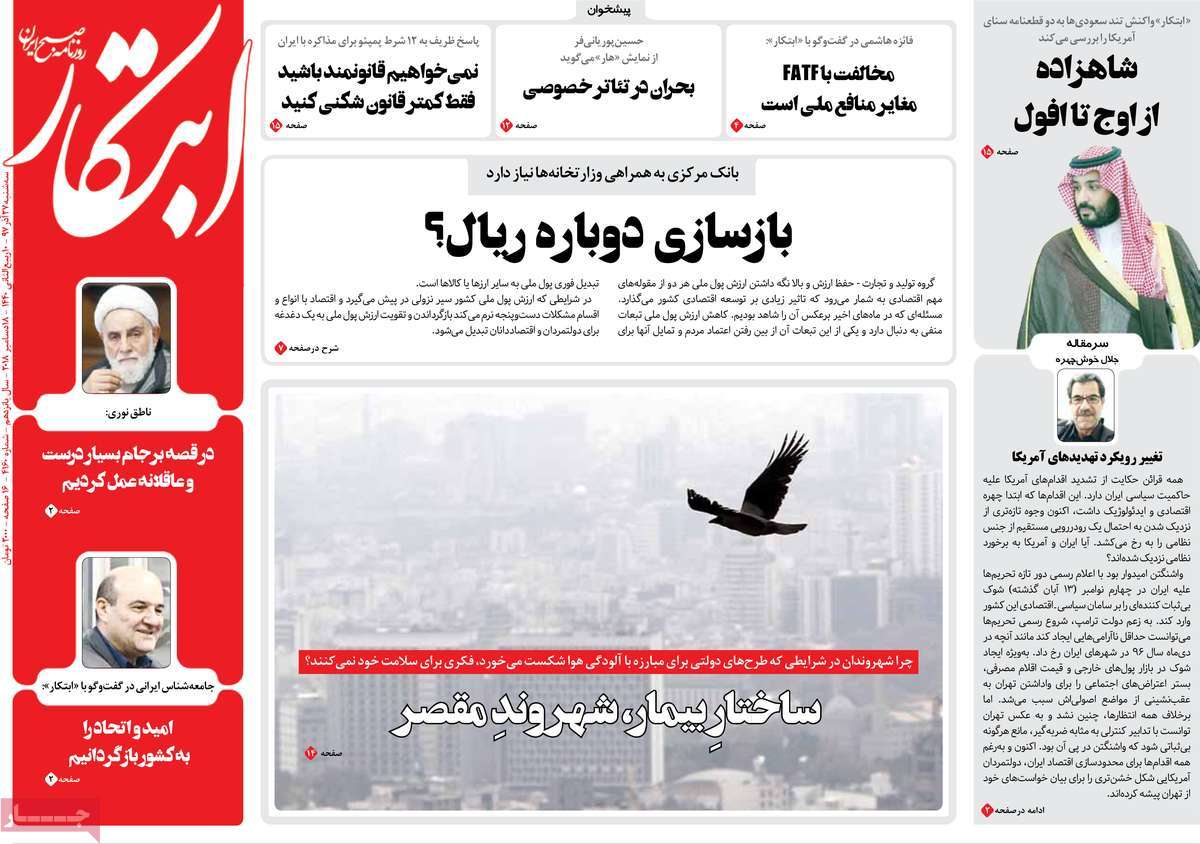 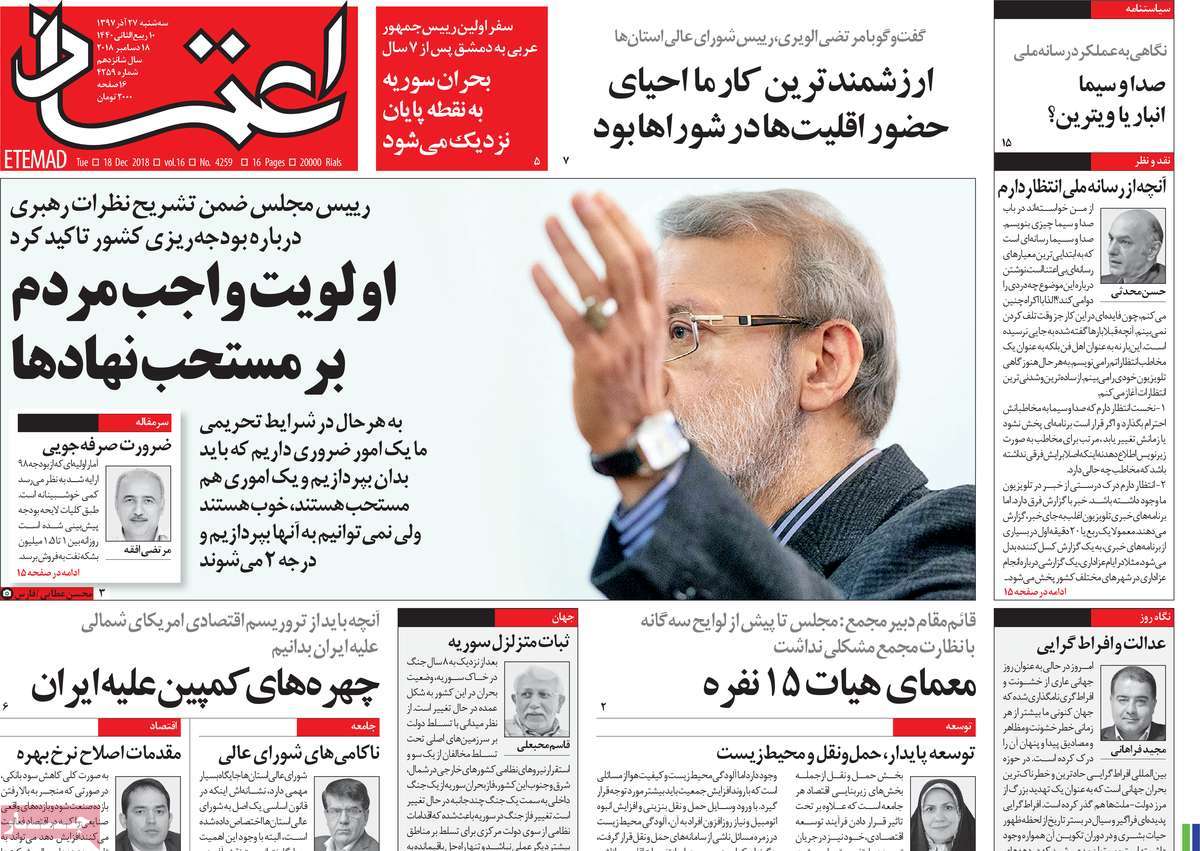 2- Moscow: US’ Missile Defence Systems in Europe within Range of Russia 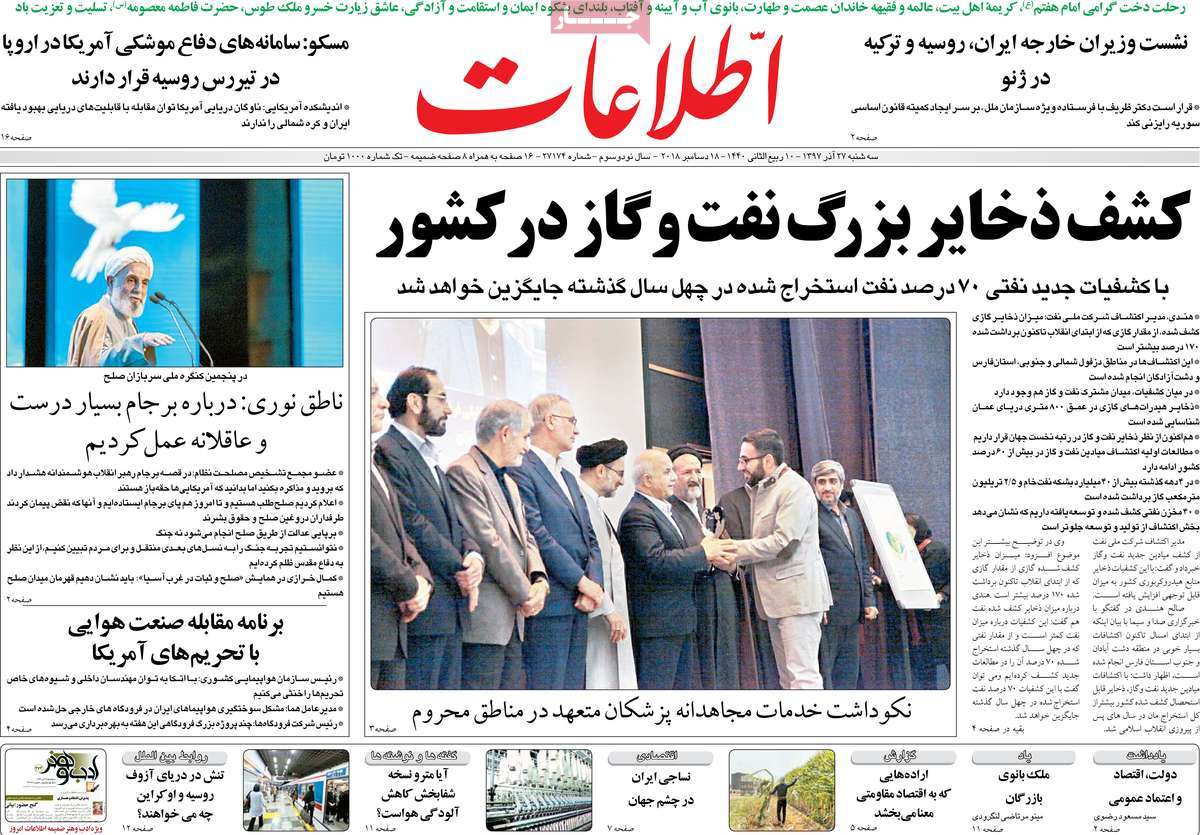 1- US’ Futile Attempt against Iranian Flights 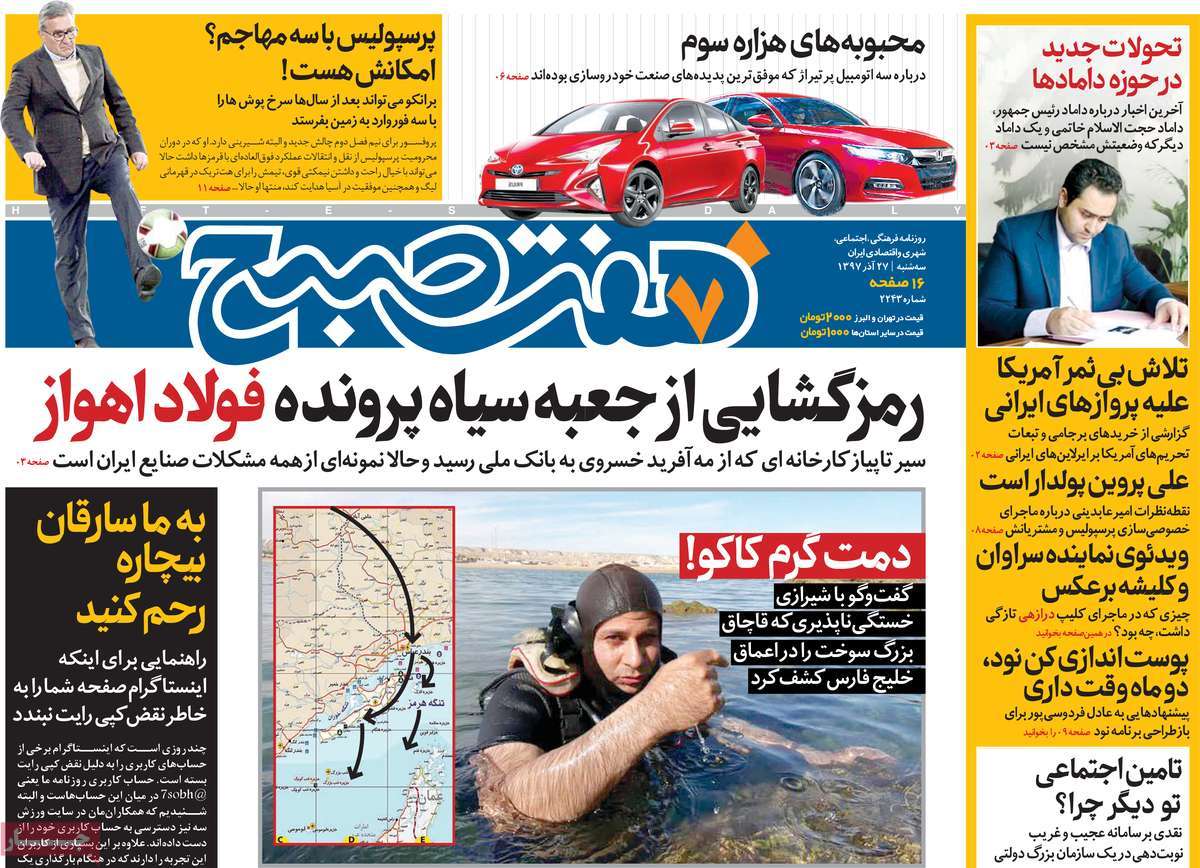 2- Airbus’ Effort to Be Exempted from Sanctions 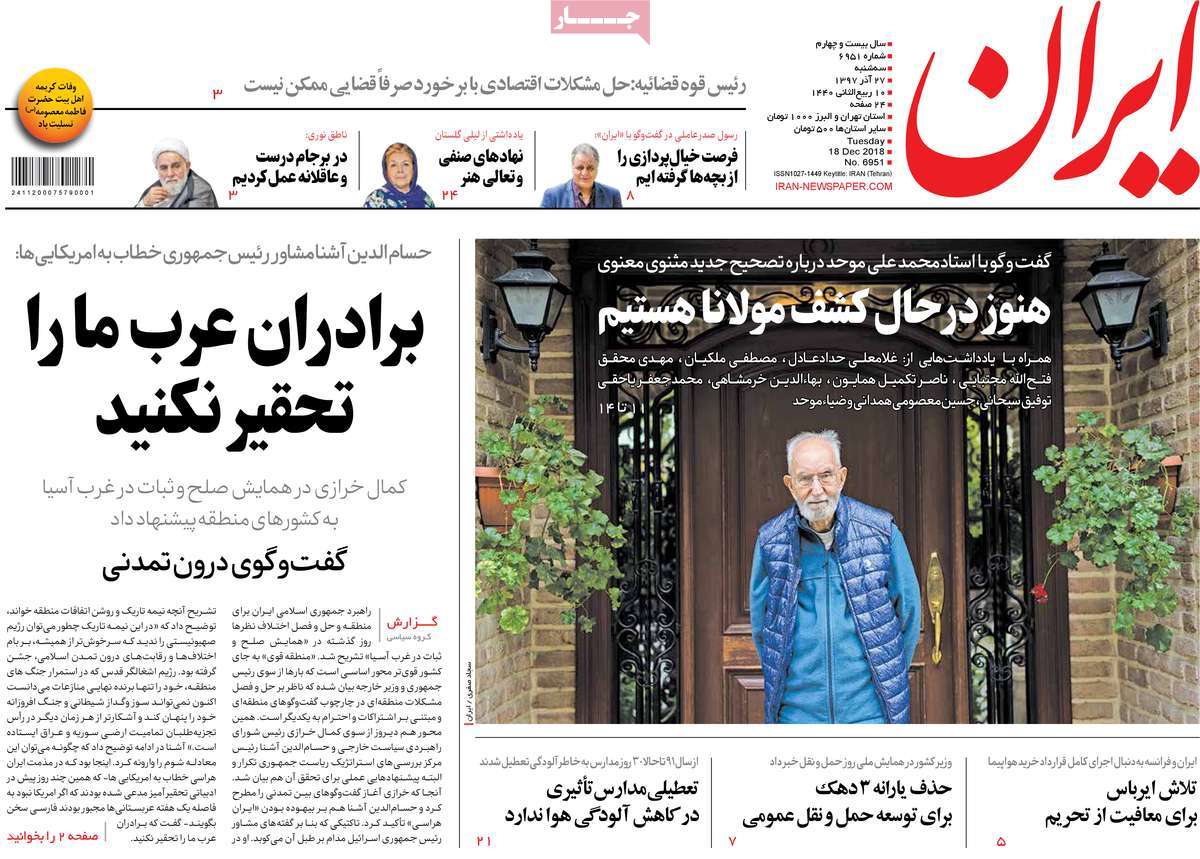 2- Qatar: We Should Interact with Iran Whether We Want It or Not 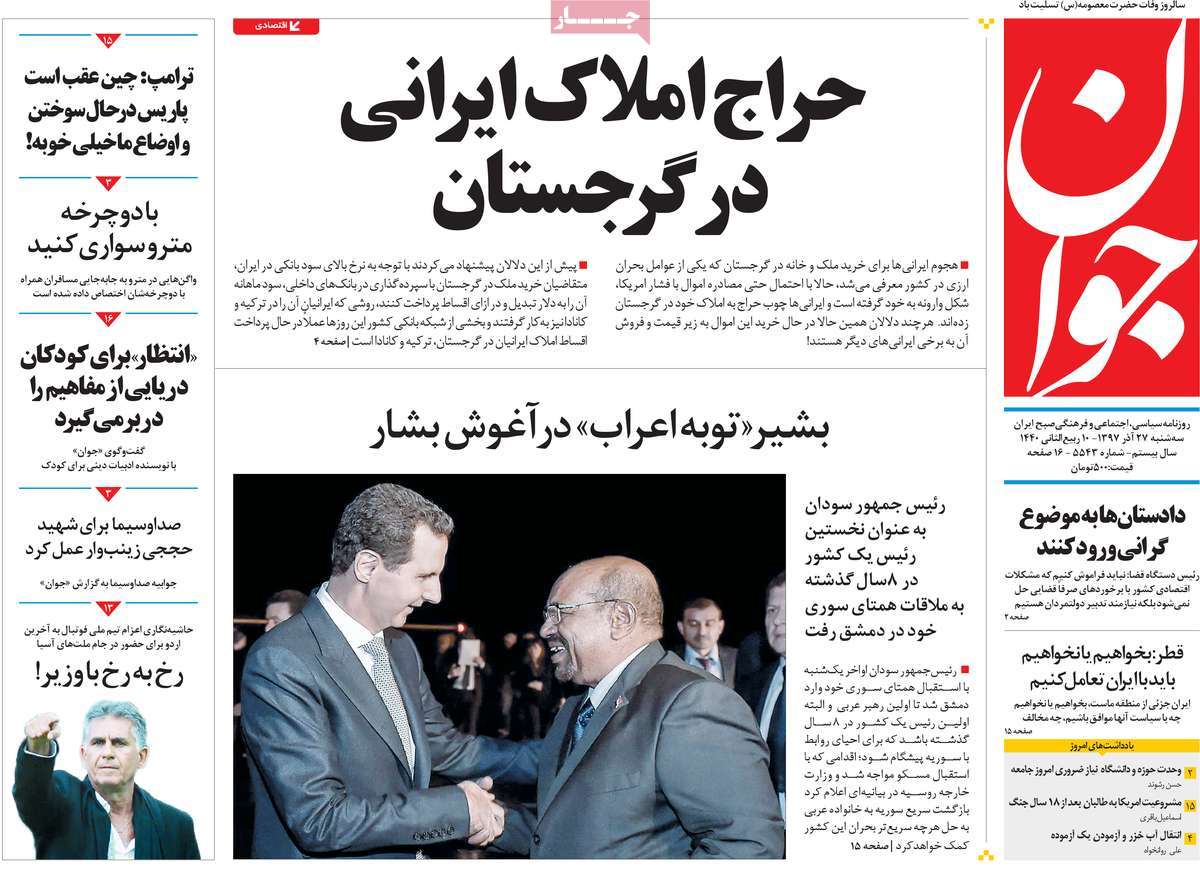 2- French PM: We Made a Mistake We Didn’t Listen to People 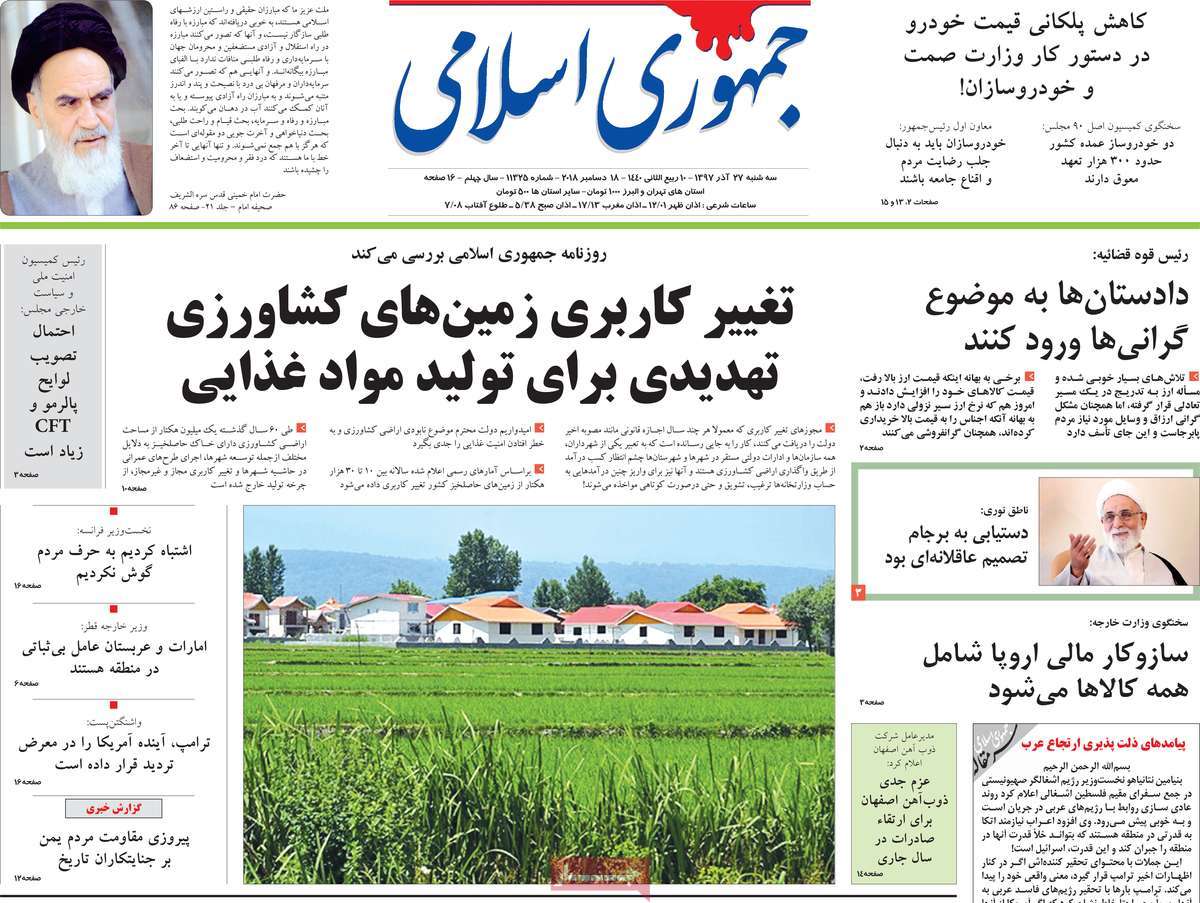 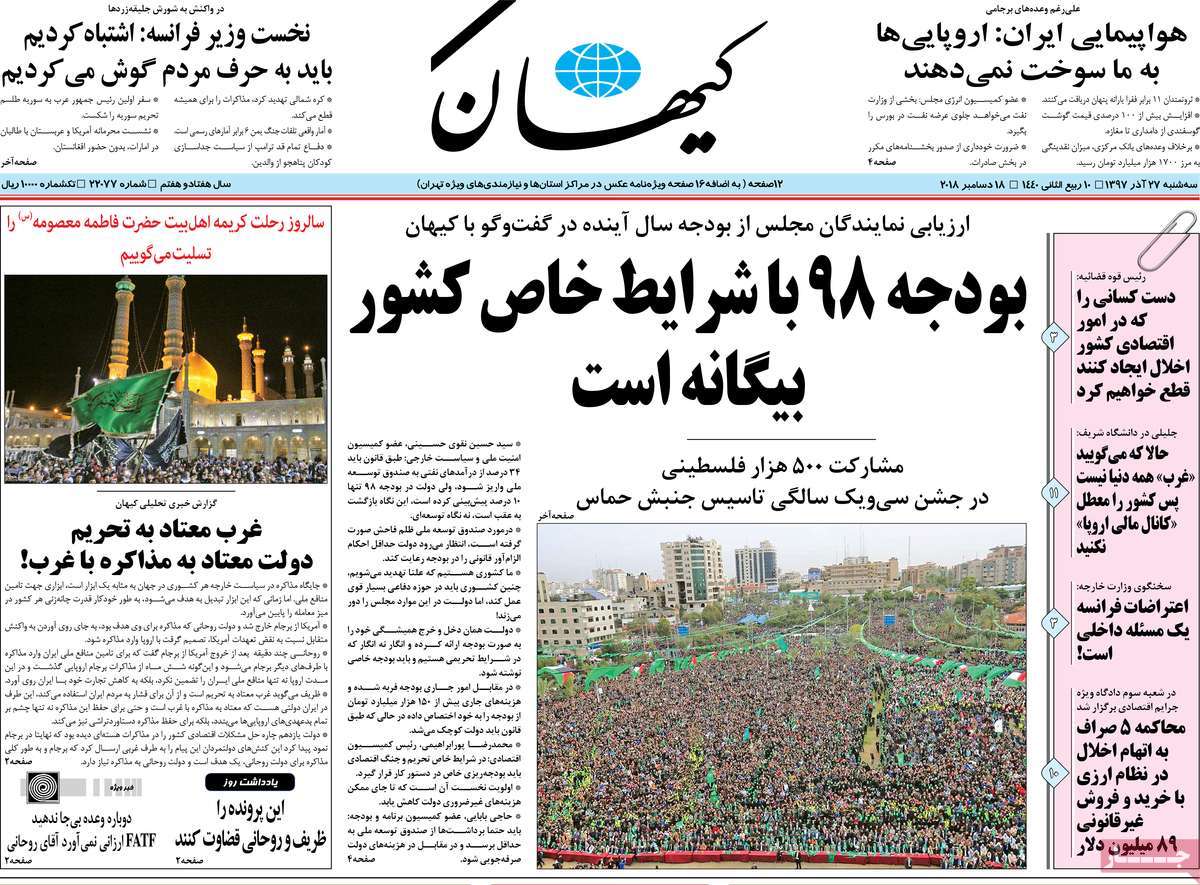 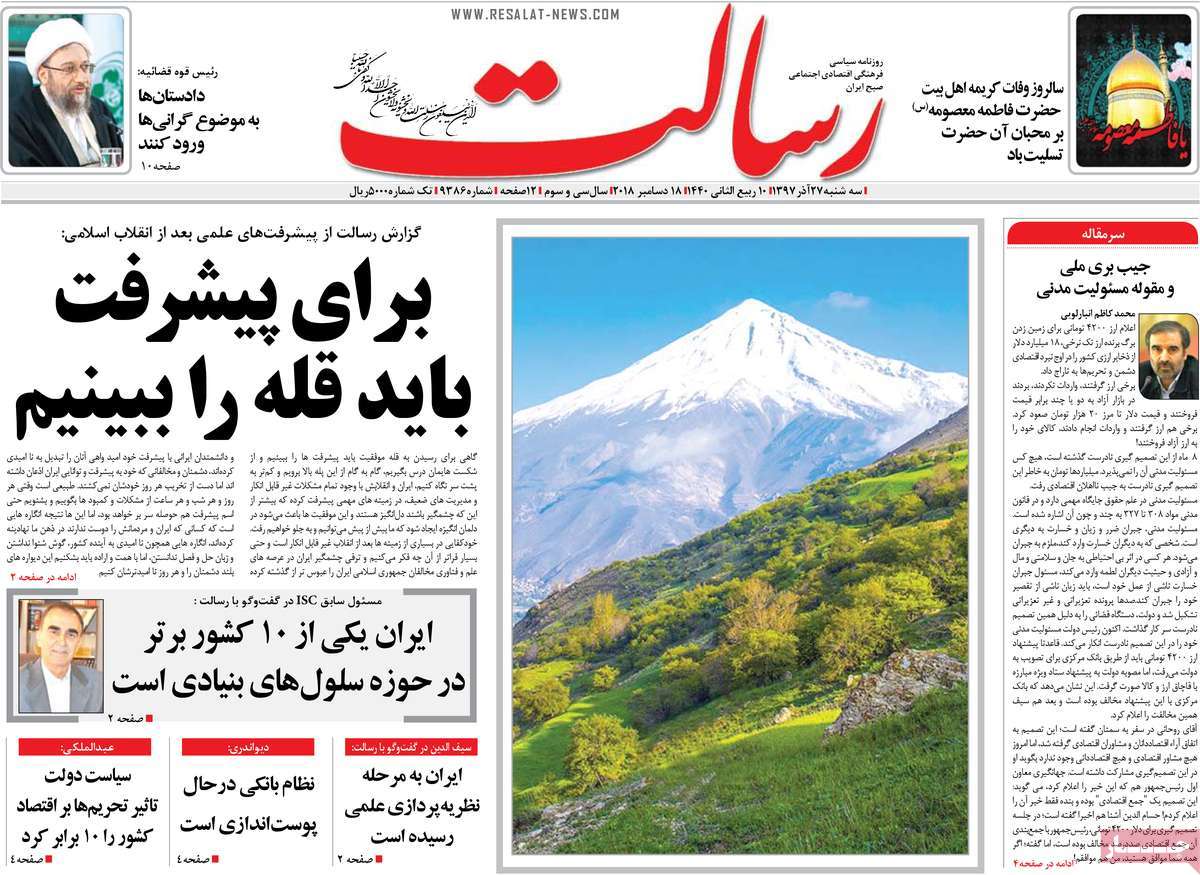 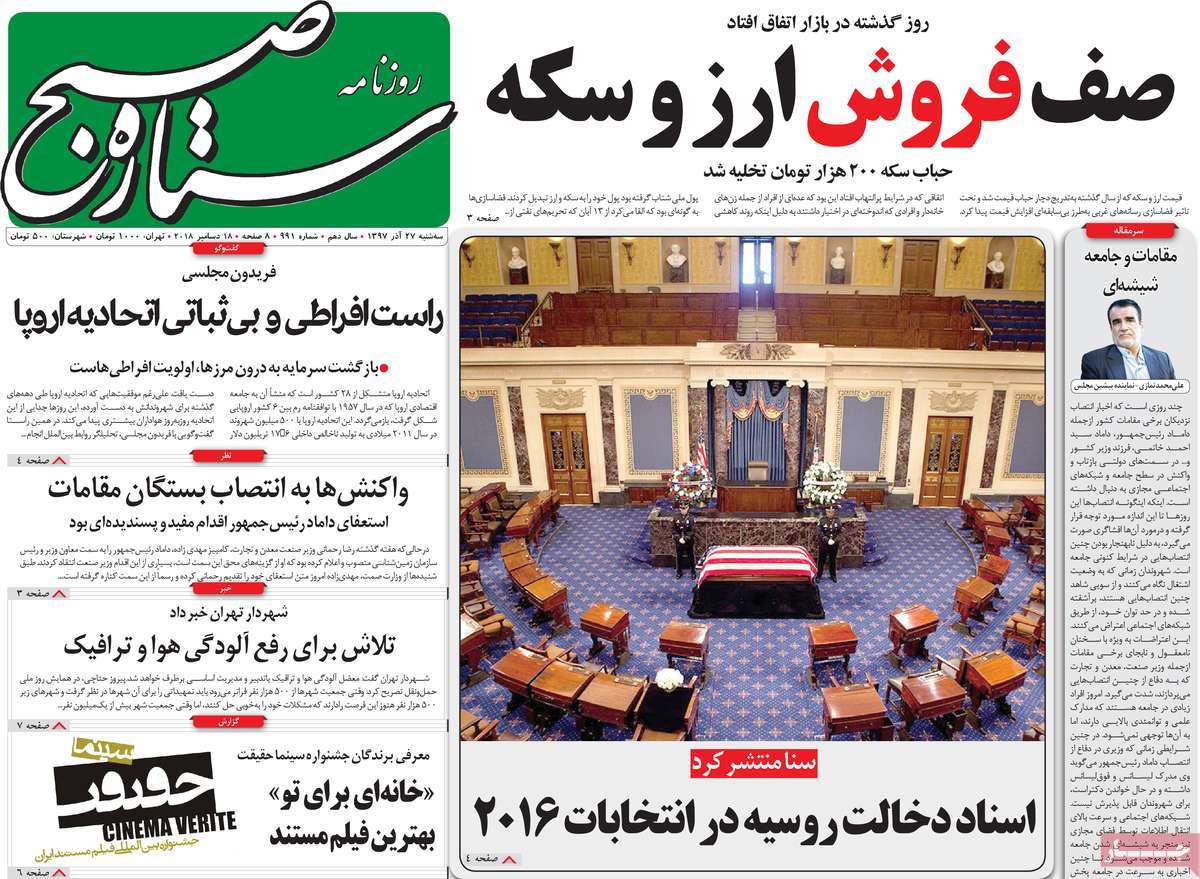 1- Against Americanization of France: Analyst 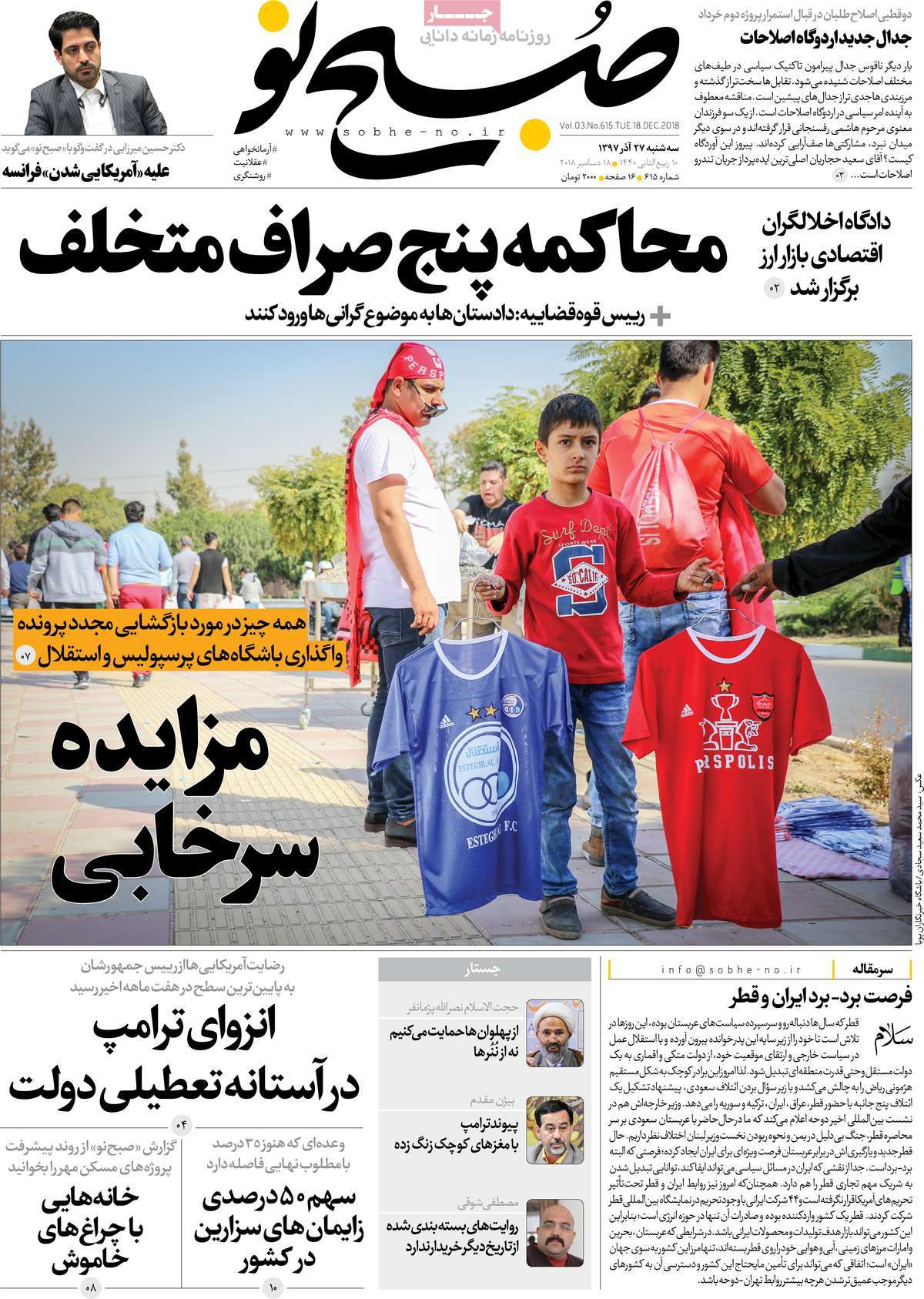