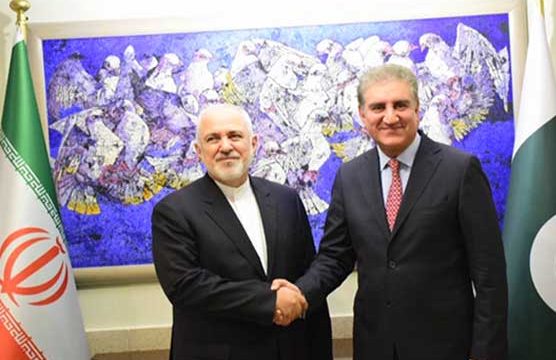 IRNA – Pakistani Foreign Minister Shah Mahmood Qureshi says there are elements who would not like to see prosperous relationship between Iran and Pakistan.

Responding to a question of IRNA at a press briefing in Islamabad he said we cannot rule out elements that would like to disturb the border between Iran and Pakistan which will continue to remain border of peace.

“Obviously Iran and Pakistan are neighbors and we share border. We have an interest in a peaceful stable border with Iran so do Iranians want peaceful relations with Pakistan,” he said.

“We have border mechanism in place and we use that mechanism to resolve issues,” he said while referring to the border attack in which 14 border guards were kidnapped by terrorists at joint border.

Fourteen Iranian Basij (volunteer forces) and border guard forces were abducted by terrorists in Mirjaveh border point with Pakistan in Sistan-Baluchestan Province on October 16. Last month five of the abducted Iranian border guards, were freed and returned to Iran.

“We are also aware of the fact that there are elements who would not like to see relations prosper and develop between Iran and Pakistan and obviously they would try and create misunderstandings,” Shah Mahmood Qureshi noted.

On the occasion, FM Qureshi requested international human rights organizations to focus on the Kashmir issue. He apprised the media about letters sent to the United Nations Secretary General, UN Human Rights Commissioner and Secretary General Organization of Islamic Cooperation.

He said Pakistan will continue extending its moral, political, and diplomatic support to the people of Kashmir in their just cause for right to self-determination. He said all political parties of Pakistan are unanimous over Kashmir issue.