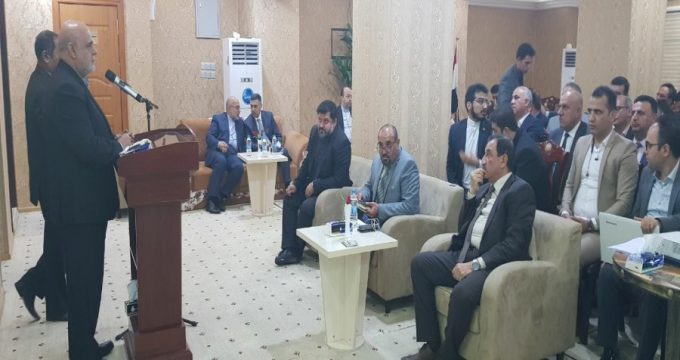 Iran envoy: Trade exchanges with Iraq can reach $20b

IRNA – Iran’s Ambassador to Iraq Iraj Masjedi said on Sunday that the two countries have the potential to raise their commercial exchanges to 20 billion dollars in the coming years.

Addressing Conference on Boosting Iran-Iraq Economic Ties in Basra, he added that currently Iran’s non-oil exports to Iraq stands at $10 billion, to which exports of gas and electricity should be added.

Referring to operation of five consulates in Najaf, Karbala, Basra, Erbil and Suleimanieh, he highlighted significance of economic relations with the neighbors, and said, “We believe that Iran needs Iraq and Iraq needs Iran in this respect.”

“As Iran stood alongside Iraq in fighting Daesh terrorists, it will also stay beside the brotherly and friendly country in reconstruction era,” he said.

Describing border of Basra as the line of friendship and boosting economic ties, he said that Basra can serve as a center for influential economic measures for bilateral economic relations.

Serious involvement of Iranian companies in Iraqi projects will help increase trade between the two countries, he said.

Conference on Boosting Iran-Iraq Economic Ties attended by officials and dozens of economic activists from the two countries opened in Basra on Sunday and will continue until Monday.