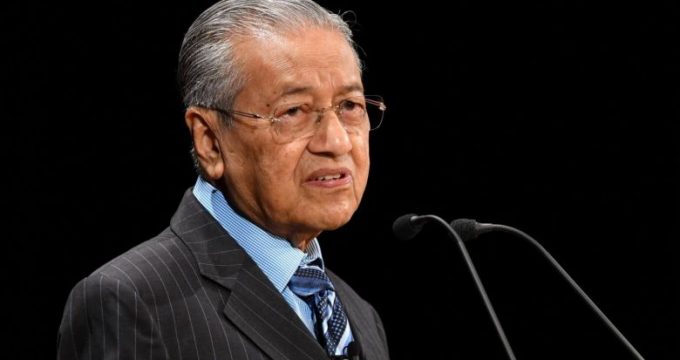 Countries have no right to recognize Jerusalem as Israeli capital

MNA – Criticizing Australia’s decision to recognize West Jerusalem as the capital of Israeli regime, Malaysian Prime Minister Mahathir Mohamad said on Sunday that countries have “no right” to do so.

“Jerusalem [al-Quds] should remain as it is now and not the capital of Israel,” Mahathir told Reuters on the sidelines of an event in Bangkok, adding, “Jerusalem [al-Quds] has always been under Palestine, so why are they taking the initiative to divide it not belonging to them, but to divide the Arabs and the Jews? They have no rights.”

“Australia now recognizes West Jerusalem, being the seat of the Knesset and many of the institutions of government, is the capital of Israel,” Australian Prime Minister Scott Morrison said on Saturday, adding that it will not move its embassy from Tel Aviv until a “peace” settlement is reached.

Israel occupied Jerusalem al-Quds in 1967 in a move never recognized by the international community. The Palestinians want the city as the capital of their future state.

Tensions have been running high in the occupied Palestinian territories and the Gaza Strip since December 2017, when US President Donald Trump decided to recognize Jerusalem al-Quds as Israel’s “capital” and relocate Washington’s embassy from Tel Aviv to the occupied city.

On December 21 last year, the United Nations General Assembly overwhelmingly voted in favor of a resolution that calls on the US to withdraw its controversial policy shift.