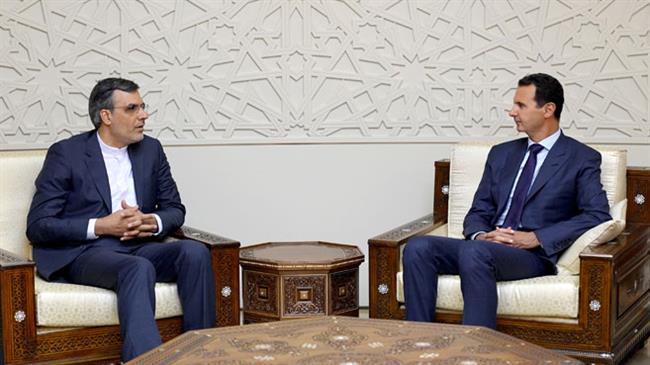 Sputnik – Syrian President Bashar Assad and Hossein Jaberi Ansari, a senior adviser to the Iranian foreign minister, discussed on Sunday formation of the Syrian constitutional committee and the meeting of the guarantor states in Geneva on December 17-18, Assad’s press service said.

During the meeting, Assad praised Iran’s efforts toward forming of the constitutional committee amid obstacles created by the countries sponsoring terrorism.

“Ansari at a meeting on Sunday evening informed Assad about preparations for convening the meeting of the guarantor states on Syria, which is planned to be held in the next two days in Geneva, taking into account reaching an agreement on the final formation of the committee,” the press service said.

Syria’s Ambassador to the United Nations Bashar Jaafari told the UN Security Council earlier that Damascus believes that the Syrian Constitutional Committee, set to draft reforms to the country’s constitution, should be established as soon as possible.