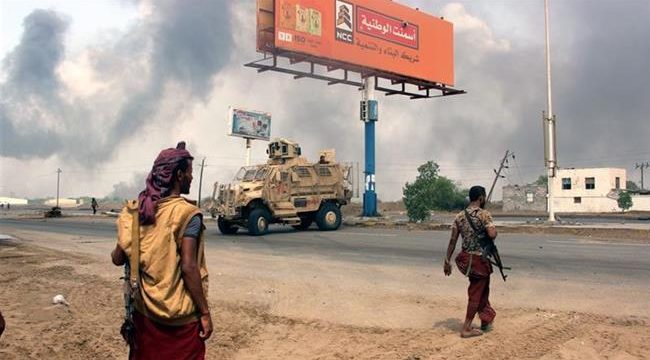 Press TV – The spokesman of Yemen’s ruling Houthi Ansarullah movement has expressed doubts about United Nations’ assertions about a recent peace deal on the war-torn city of Hudaydah, saying the agreement for implementing a ceasefire in the northwestern port city is yet to be finalized.

In a detailed interview with the Press TV, Mohammed Abdul Salam, who represented the Houthis in the recent UN-sponsored peace talks in Sweden, said the agreement on Hudaydah reached on Thursday between the National Unity government in Sana’a, led by the Houthis and the Saudi Arabia-backed exiled government, led by former Yemeni president Abd Rabbuh Mansur Hadi, was just a deal on the main issues involved and there was no binding agreement on how to implement the ceasefire in the port city.

Contradictory to the UN statements, Abdul Salam told Press TV’s Robert Carter that no final agreement had been reached on Hudaydah and that the talks were far from over.

“If we want to describe the manner of talking with the UN then I’d say yes, we’re close from certain issues in politics, economy, and humanitarian aid, but how it would be implemented depends on the other party, and the question lies if they’re ready to do so,” said Abdul Salem, who led the Sana’a delegation to the talks.

“Concerning Hudaydah, we made progress in terms of form and ideas, but in the content there was nothing. In the issue of the general spectrum, we had progress in ideas, but there were no agreements,” he added.

The comments came following UN Secretary-General Antonio Guterres’ speech on the final day of the negotiations on Thursday.

“We have reached an agreement on Hudaydah port and city, which will see a mutual redeployment of forces from the port and the introduction of a governorate-wide ceasefire,” said Guterres.

Ansarullah’s Abdul Salam was quite clear that the agreement details had not been finalized and expressed doubts about the ability of his rivals to implement such measures on the ground.

“They don’t have any actual presence, neither on the ground, nor in politics, nor military-wise, nor in the media,” he said.

Although the Yemeni official did acknowledge that the Yemeni government in Sana’a was interested in the implementation of the ceasefire while negotiations continue on other issues.

One of the most significant causes of civilian death in Yemen is the Saudi-coalition’s bombing campaign.

Responding to Press TV’s question on what would happen if the Saudi-led coalition continued to attack Yemen, Abdul Salam said, “If the agreement wasn’t implemented or nobody, especially the other party, announces a serious ceasefire, this means that nothing happened, the war will continue, and it means that the UN has failed to do anything, and that UN envoy Martin Griffiths has failed.”

Since the comments were made at the end of the UN peace talks, reports have already surfaced of Saudi-coalition airstrikes and local gun battles taking place in Hudaydah province.

Yemen’s army, which is allied with the Houthi movement, said that Saudi Arabia and its allies have conducted 21 airstrikes on Hudaydah over the past 24 hours in violation of Thursday’s truce.

Journalists covering Yemen peace talks in Sweden were quite shocked to hear about the number of accusations of foreign meddling in the negotiations.

It became clear that Sana’a delegation had been willing, and even attempted, to meet for face-to-face talks during the week.

However, the Riyadh-backed delegation rejected the meeting and was alleged to have been checking in with Saudi and the United Arab Emirates’ officials for directions and possibly even authorization of what agreements they could accept or reject.

When asked about these rumors, Abdul Salam confirmed the accusations had truth to them.

“Yes, of course, it’s not only that you’ve heard, but that’s the reality of the matter. The ambassadors are present in the consultations, those of permanent seats in the UN Security Council and Saudi Arabia and the UAE,” he said.

The issue of foreign meddling came to light after a fellow Yemeni delegate, Salim Al-Mugalis, commented about the progress of the talks last Tuesday.

“The other delegation is absent in certain discussions. We see them referring back to the countries of the (Saudi-led) coalition,” said Al-Mugalis.

A second delegate, Hamid Assen, said about this a day earlier that the Ansarullah-led delegation had been happy to meet for face-to-face talks since the beginning, but the Riyadh-backed delegation was “told” not to do so.

A member of the rival delegation told Press TV that it was the Houthis who looked to Tehran for support. “This is an absurd claim,” said Othman Hussein, adding, “They (Ansarullah) are the ones waiting for orders from Hezbollah and Iran.”

“Was Iran affecting the course? No. The true effect in Yemen is from the US and the UK,” he said.

Both the US and the UK are allies of Saudi Arabia who have been accused of profiting from the war selling arms to Saudi Arabia.

Some could argue that this was just a mud-slinging exercise between rival factions in the talks, and there is little proof to support the accusations.

However, US Ambassador to Yemen Matthew Tueller had admitted himself during an exclusive interview with a pro-Saudi newspaper in Sweden that the Saudi ambassador was making “suggestions” to the Yemeni delegation during the week.

“I really respect the Saudi Ambassador to Yemen Mohammed Al-Jaber,” Tueller said, adding, “He is such a helpful man, with constructive ideas, and he is representing the interests of his country, which wants this war to end.”

The same article also claimed that Martin Griffiths, the UN envoy leading the effort in Sweden, had also thanked the coalition “led by Saudi Arabia” for its “contribution” to the success of the peace negotiations.

Abdul Salam admitted he was left frustrated by the lack of independence of the other delegation.

“As a national force in Yemen, we have our own independent and sovereign decision. The other party didn’t have any decision, and the question is that why didn’t they engage in direct talks?” he asked.

It would be wrong to claim that the talks were a complete failure but the issue remains that the UN has clearly failed to protect the negotiations from outside interference.

Many believe that the fact that Saudi Arabia and the UAE, two countries accused of war crimes in Yemen, were allowed to flex political muscle at these talks in any form is, without a doubt, a great disgrace and an insult to Yemenis.

The Ansarullah said the UN failure in this regard has damaged the credibility of the UN efforts in the eyes of the Sana’a delegation.

“This reflects on the UN role, and the credibility of the international community and the continuation of the war will have serious economic and humanitarian implications,” Abdul Salam said, adding, “If we don’t reach a solution, then the other party holds full moral and humanitarian responsibility because we’ve provided a lot of compromises to stop this destructive war.”

Despite the ongoing issues, Abdul Salam made clear that the Ansarullah wanted another round of consultations, but it would require “honest intentions” from the US and the UK if any hope for lasting peace were to be achieved.

That comes as the Ansarullah knows that the talks in Sweden could become another historic failure. Just as the Oslo Peace Accords failed the Palestinians, the so-called “Rimbo Accord” could fail Yemen too.

There is no doubt that the UN’s Griffiths and Sweden’s Foreign Minister Margot Wallström were being genuine when they said “We will do everything we can” to support the peace effort but apparently they seem ignorant of what is really happening in Yemen.

Some argue that Saudi Arabia’s continued membership in the UN Human Rights Council, despite widespread condemnations, is a sign that the UN has become too corrupt an entity, which can be bought by Arab dictatorships in the Persian Gulf for their own selfish aims.

What is clear is that Yemen deserves better than what the UN conjured up in Sweden, and before UN chief Guterres can congratulate himself, he must first remember that Yemenis will continue to die from Saudi-imposed starvation and US and UK bombs being dropped on their cities.

Saudi Arabia and a number of its regional allies launched a devastating military campaign against Yemen in March 2015, with the aim of bringing an ousted government back to power and crushing the Ansarullah movement. More than 15,000 people, most of them civilians, have been killed as a result of the illegal military campaign.