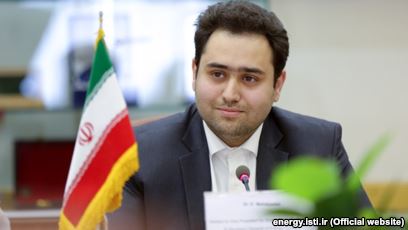 AFP – The appointment of President Hassan Rouhani’s son-in-law as head of Iran’s geological survey has renewed accusations of nepotism and led on Sunday to the resignation of a senior official, according to conservative media.

The appointment of Kambiz Mehdizadeh, in his early thirties and reportedly married to Rouhani’s daughter in a low-key wedding this August, was widely criticised by Iranians on social media.

It also triggered the resignation of Jafar Sargheyni, head of the mining section in the industries ministry, who criticised “unprofessional appointments” without directly naming Mehdizadeh, the conservative Tasnim news agency reported.

Mehdizadeh is a PhD student in petroleum engineering, who has also served as an advisor to Iran’s oil ministry, taekwando federation and national youth organisation, Tasnim said.

Iranians on social media renewed criticism of nepotism that had spread last year with the hashtag “#good-genes” — a reference to the son of a prominent reformist politician who attributed his business success to inheriting “good genes” from his parents.

“I had no idea even sons-in-law could inherit #good_genes!,” wrote one Twitter user on Sunday in reference to Mehdizadeh’s appointment.

Another online campaign this summer called on senior officials to come clean about the privileges their children enjoy, particularly those studying in the United States and other Western countries.

The “#Where_is_your_kid” campaign pressured several government figures to respond, including Foreign Minister Mohammad Javad Zarif who said his children had returned to Iran after studying abroad.