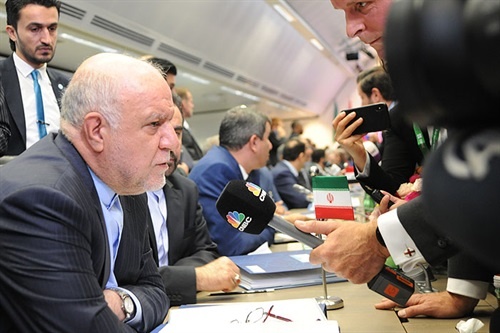 OPEC has shown it can reach deal despite splits: Iran oil minister

The Organization of the Petroleum Exporting Countries and its Russia-led allies agreed on Dec. 7 to cut output by more than expected, despite pressure from U.S. President Donald Trump to reduce the price of crude.

“OPEC … has shown the capacity in which members can hold talks and reach important results regarding their common interests despite having the most intense political disputes or even military conflicts (such as during the Iran-Iraq war),” Zanganeh said on Twitter.

The OPEC deal had hung in the balance for two days – first on fears that Russia would cut too little, and later on concerns that Iran, whose crude exports have been depleted by U.S. sanctions, would receive no exemption and block the agreement.