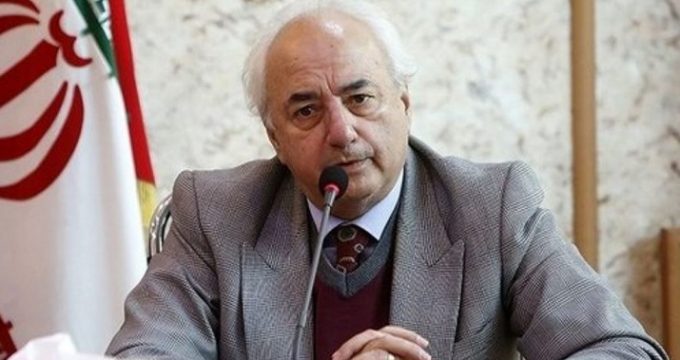 Persia Digest – A former Iranian diplomat believes: “The topic of Iran’s enrichment capabilities have come to a closure in the 2015 JCPOA negotiations. Today, the US raises the issue once more to confront the Islamic Republic.”

Christopher Ashley Ford, Assistant Secretary, Bureau of International Security and Nonproliferation, has said: “Even the limited uranium enrichment capacities allowed Iran within the current JCPOA limits were ones that Iran developed illegally… Iran should not be able to retain them. Any of them.”

Iran’s right to enrichment has been established by UNSCR 2231 under the JCPOA.

The question arises to what extent are Ashley Ford’s claims close to reality and what do US officials hope to achieve with their unreasonable demands?

Former Iranian diplomat and expert on international affairs, Fereydoun Majlessi, told Persia Digest (PD): “I am certain that Iran is more cautious than all other countries not to act against the UNSCR 2231; but it has set the destruction of Israel as its target and, under this pretext, the other party also continues making excuses and even talks about the destruction of the Islamic Republic of Iran.”

He continued: “Under these circumstances, Iranian authorities must instill the policy of “Iran will not initiate an attack on any country” without the need for relations with Israel and its official recognition in order to reduce current animosities. At a time when Arab countries are rallying around Israel as allies, Iran has replaced the Israeli-Arab issue in practice. Therefore, the problem will not be solved while creating obstacles, inflicting blows, proxy wars, and direct conflicts continue.”

This expert on international affairs continued by stating that comments by Ashley Ford fall outside the UNSCR 2231, and reiterated: “By withdrawing from the JCPOA, the US is no longer a part of UNSCR 2231. Any comments by US officials are tantamount to direct relations with Iran. They tell us when you say the US is our biggest enemy, we will also consider you as our biggest enemy. In such an atmosphere, the two enemies will fight together on the battlefields of insurance, banking, transport, trade, economy, and politics. This can also culminate in bombardments.”

Speaking about the comments of the US Assistant Secretary on the illegality of Iran’s uranium enrichment capacities, Majlessi said: “In the negotiations leading to the JCPOA, both parties accepted not to drag up the past and stop bringing up the ways in which Iran obtained its capacities. Therefore, the subject is closed. But now, the US is using this as an excuse and stresses that Iran’s initial tries were illegal.”

He continued: “The important point is that Iran must act if it has the capability to counter the US, like China does. As we saw in the Huawei case and the arrest of its financial director, the Chinese also arrested a Canadian diplomat and banned the sale of Apple products in China. But if Iran is unable to reciprocate, it must remain within the framework of a conventional country and adjust its relations with its power.”