A Look at Iranian Newspaper Front Pages on December 16

Iran Front Page – IFP has taken a look at the front pages of Iranian newspapers on Sunday, December 16, 2018, and picked headlines from 13 of them. IFP has simply translated the headlines and does not vouch for their accuracy.

A top story today was comments made by Iranian Foreign Minister Mohammad Javad Zarif during his address to the Doha Forum 2018 in the Qatari capital.

Several papers also covered the return of Yellow Vest protesters to the streets of France on the fifth consecutive weekend.

The controversy over Iran’s adoption of the standards set by the Financial Action Task Force (FATF), the global anti-money laundering body, also remained a top story.

6- Radicals in US Congress Trying to Isolate Iranian Economy 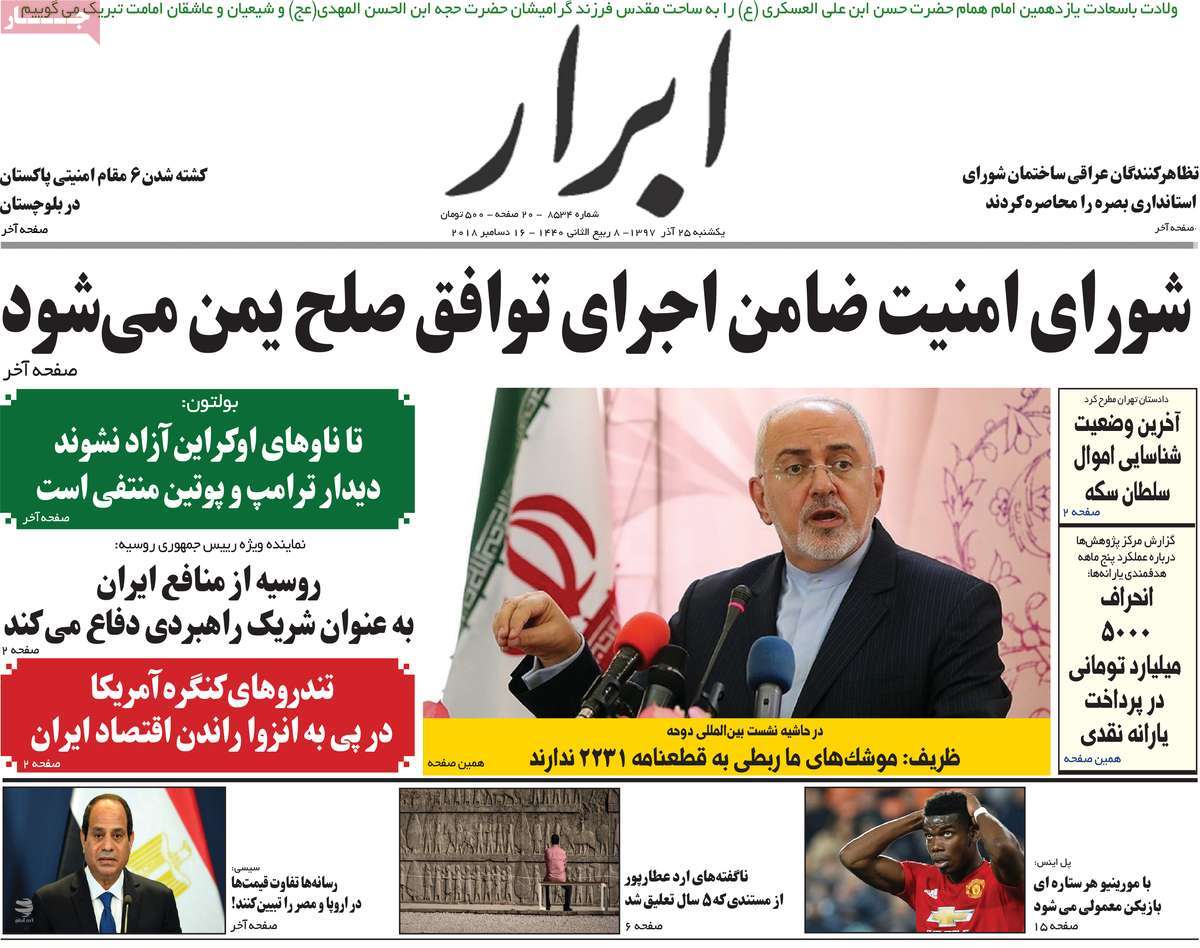 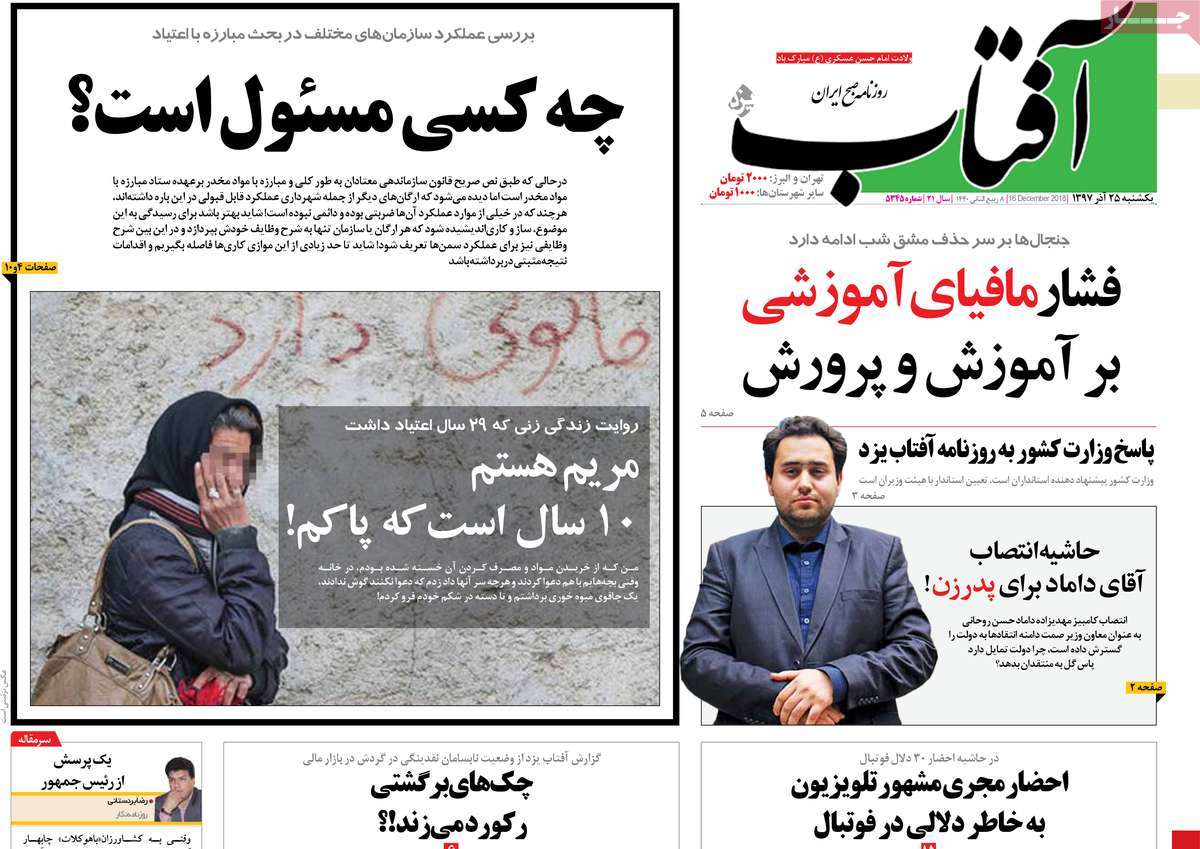 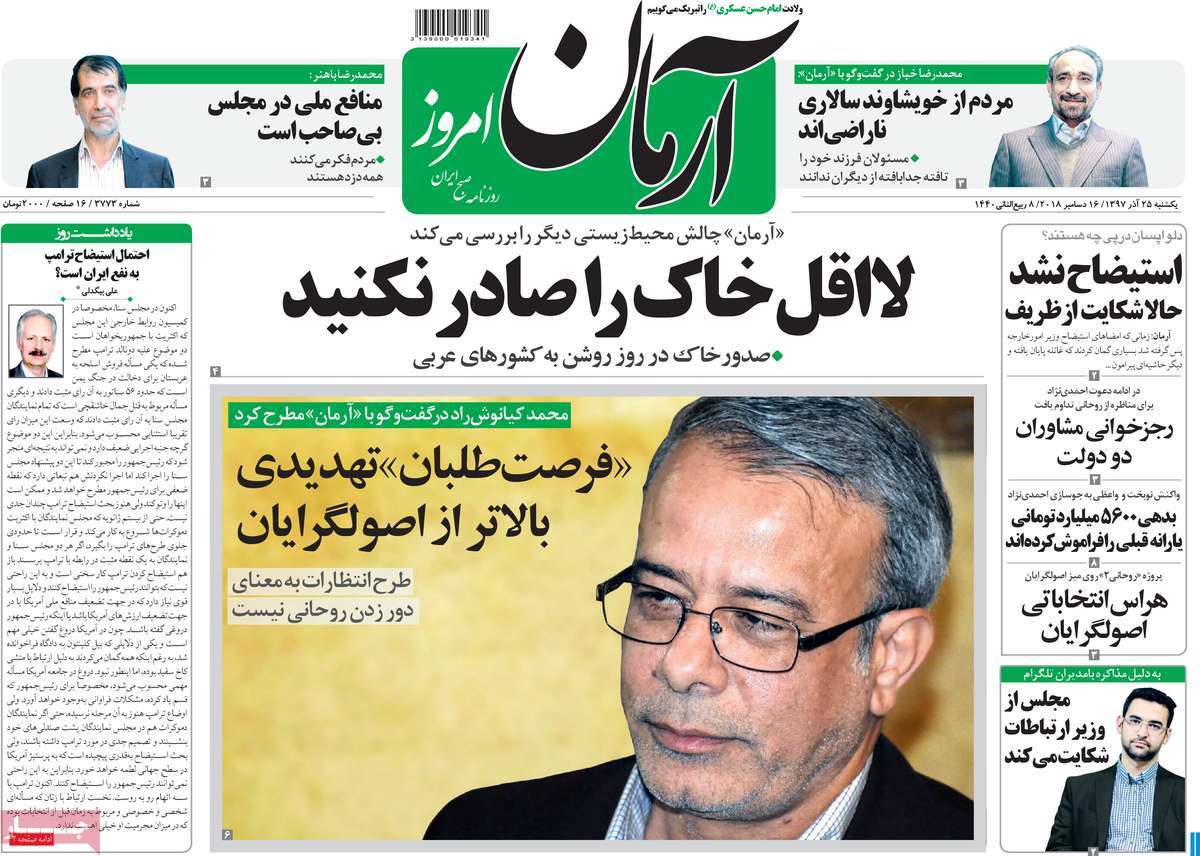 2- US Not in Position to Talk about UN Security Council Resolution 2231: Zarif 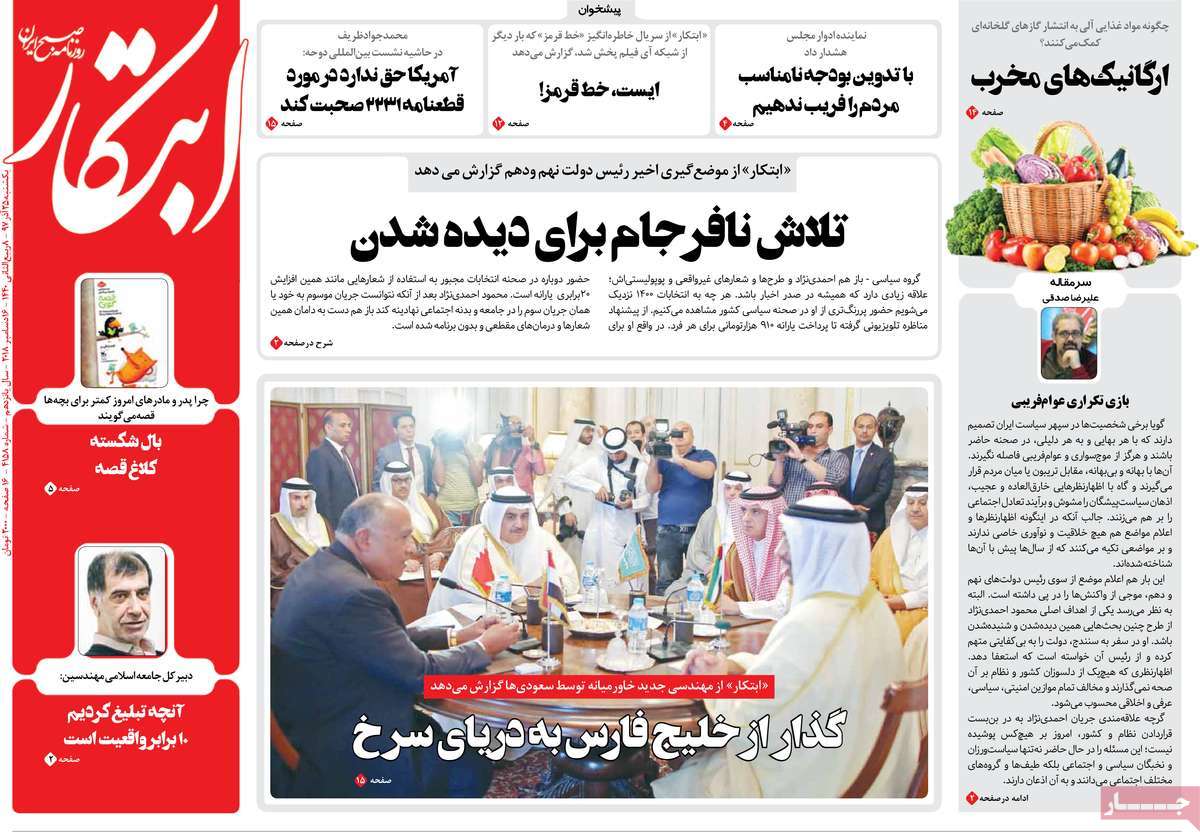 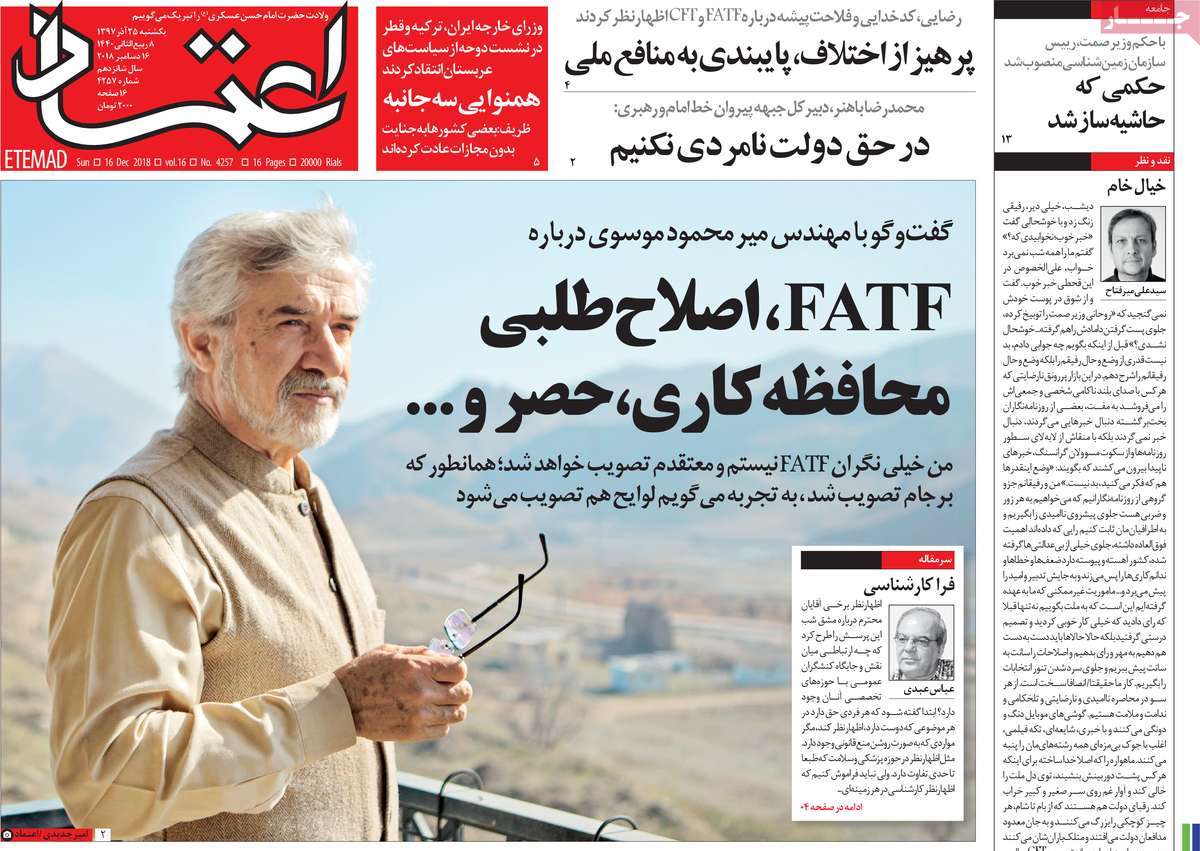 1- No Reason for Talking Talks with US: Zarif in Doha

2- Erdogan: Development of Ties with Iran Strategically Important for Turkey

4- One Killed in Latest French Crackdown on Yellow Vest Protests 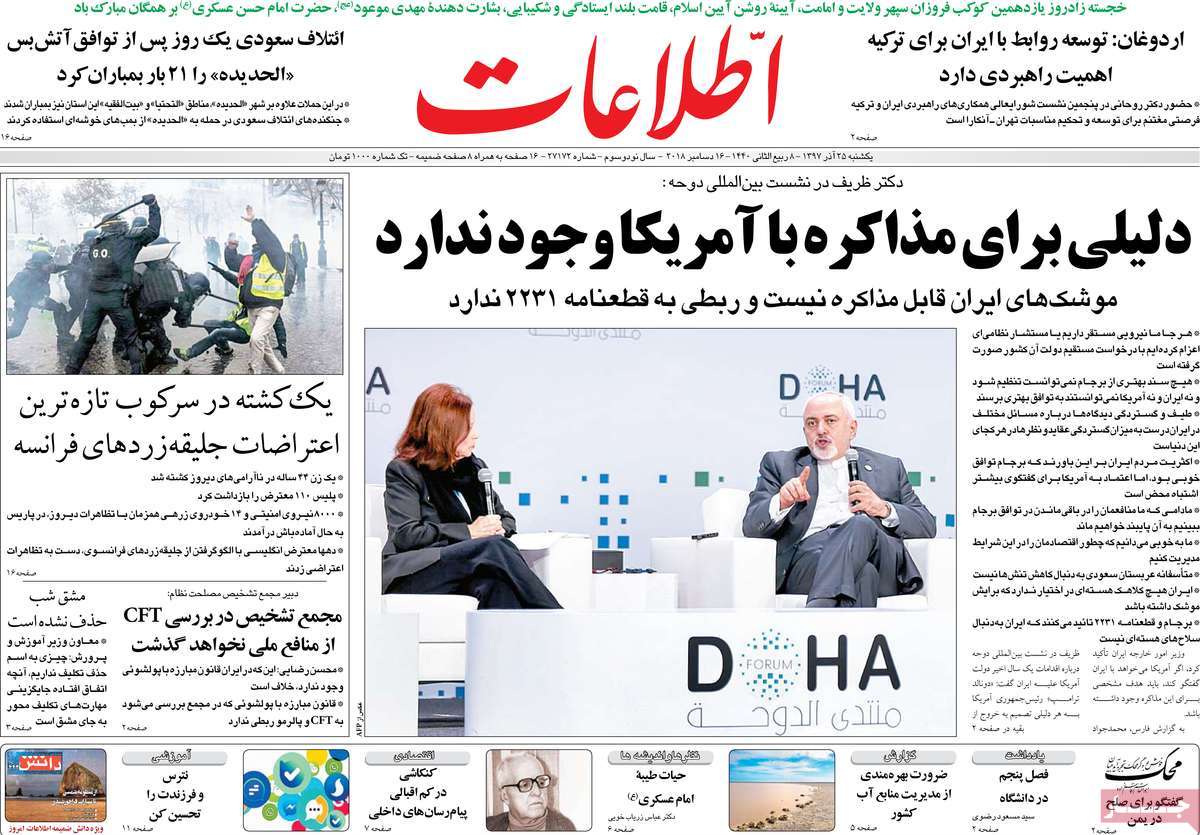 1- Zarif: We Won’t Hold Talks Only for Photo Opportunities 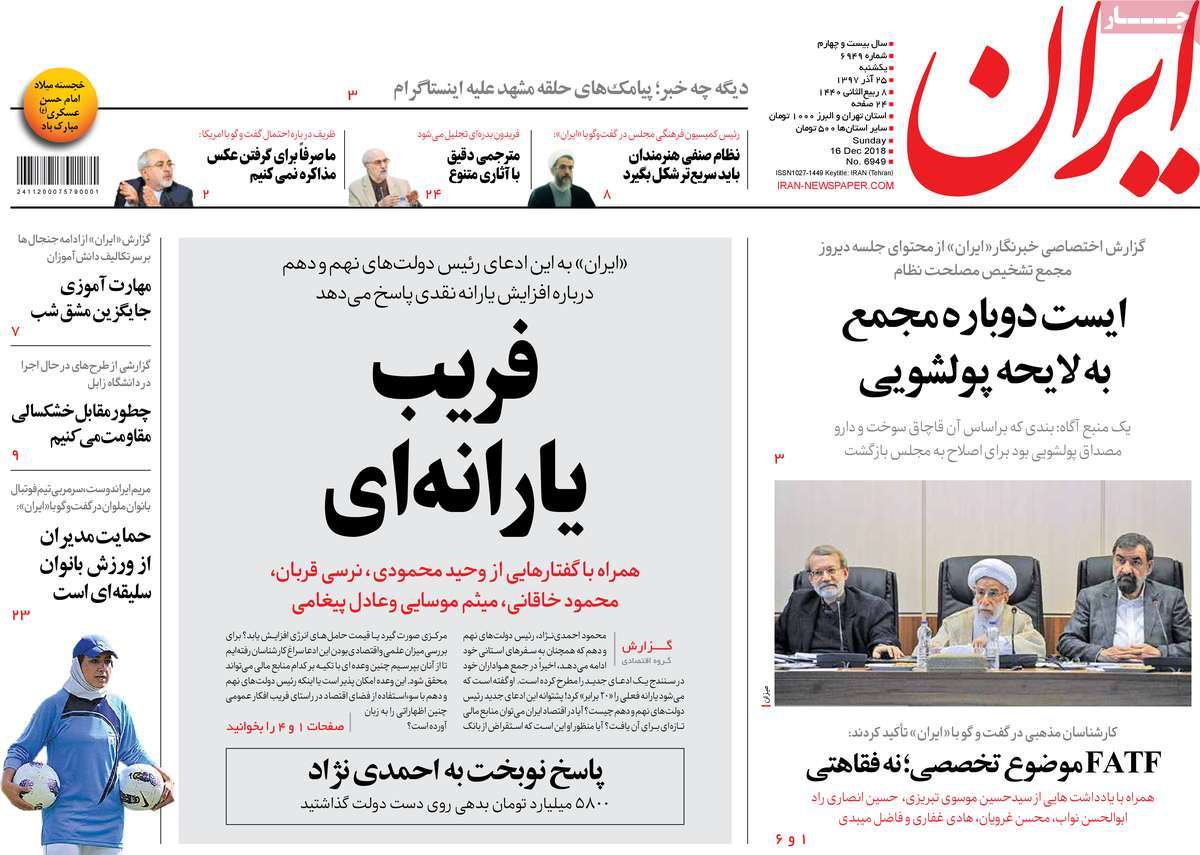 2- Zarif: Negotiating with US Futile, Only for Photo Opportunity 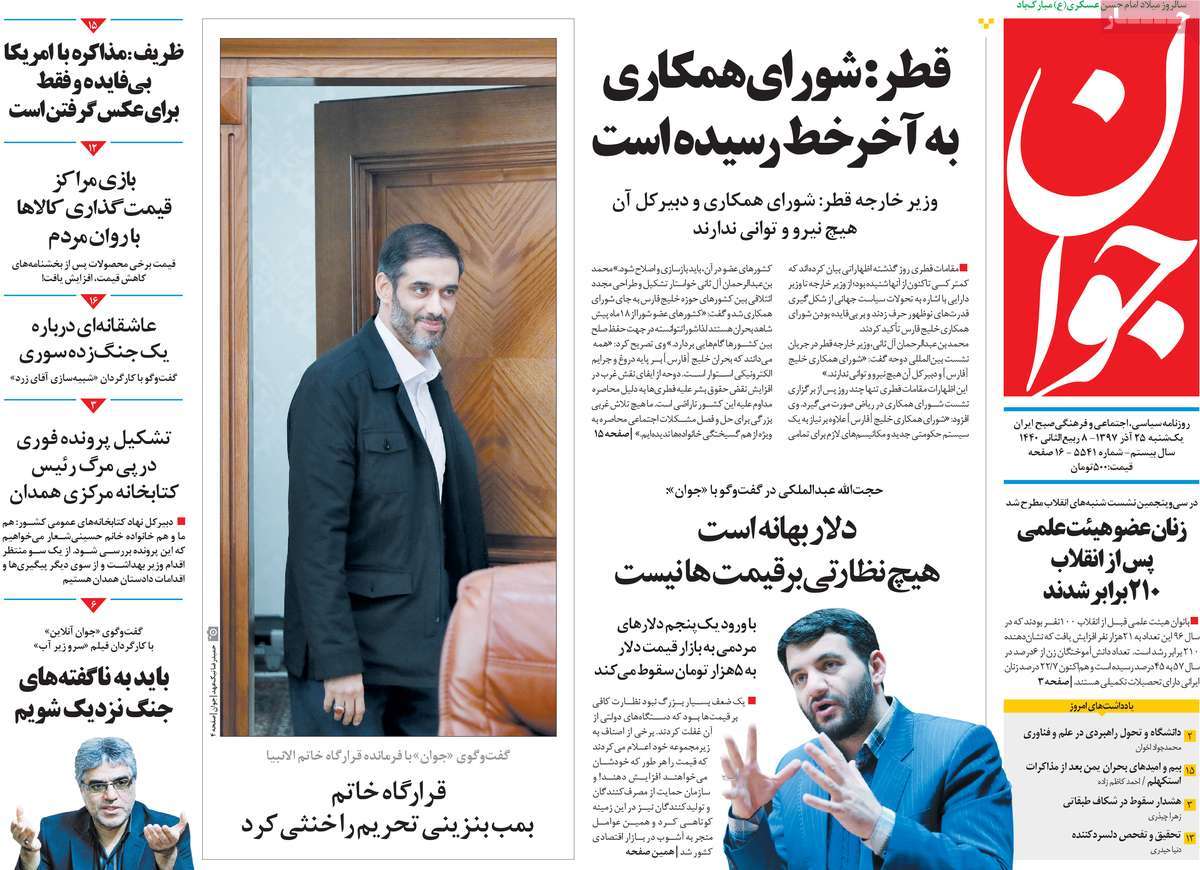 1- Those Who Stop Interaction with Iran Are Losers: Zarif

2- Arab Parliament Calls for Return of Syria to Arab League

3- Al-Ahram: US Power in Mideast Declining 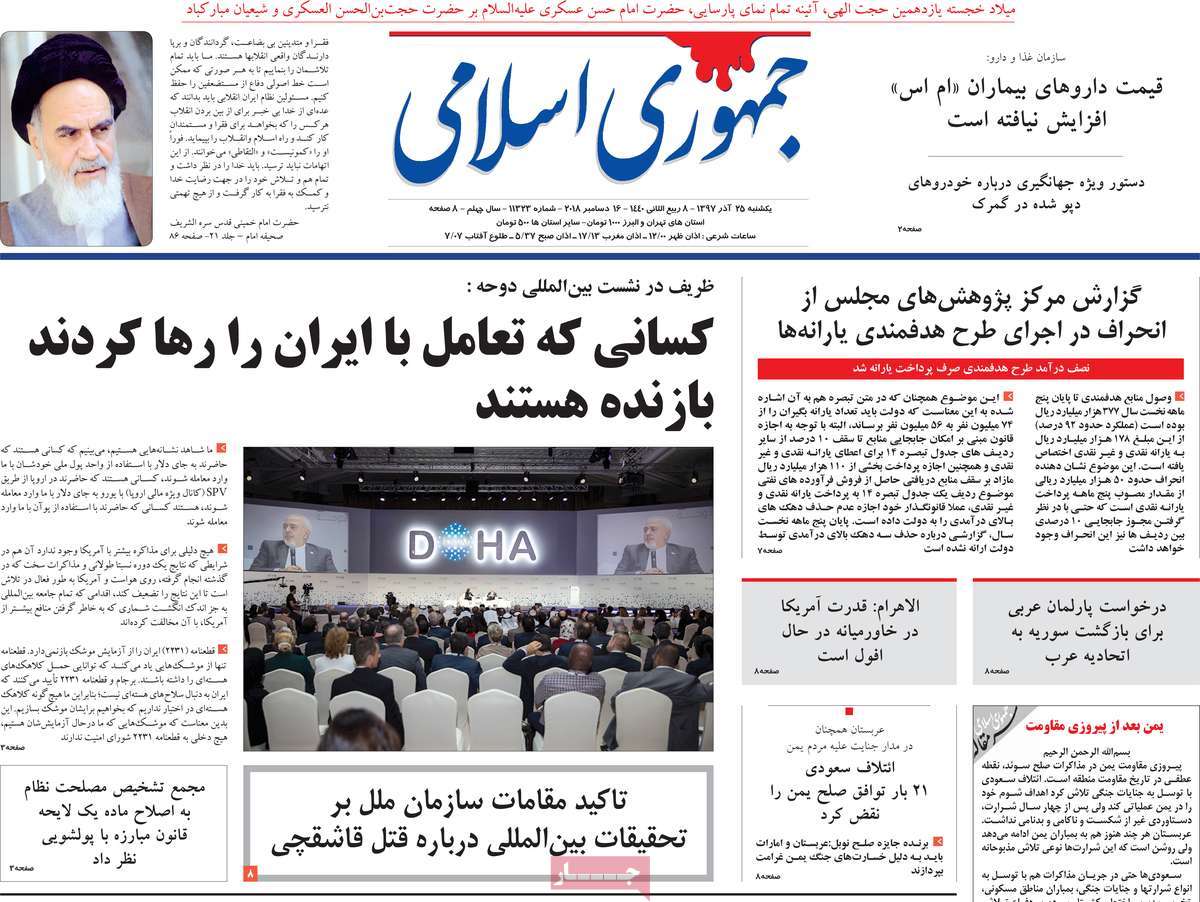 1- Iraq’s Nujba Movement: Lebanese Hezbollah Not to Be Left Alone in Next War 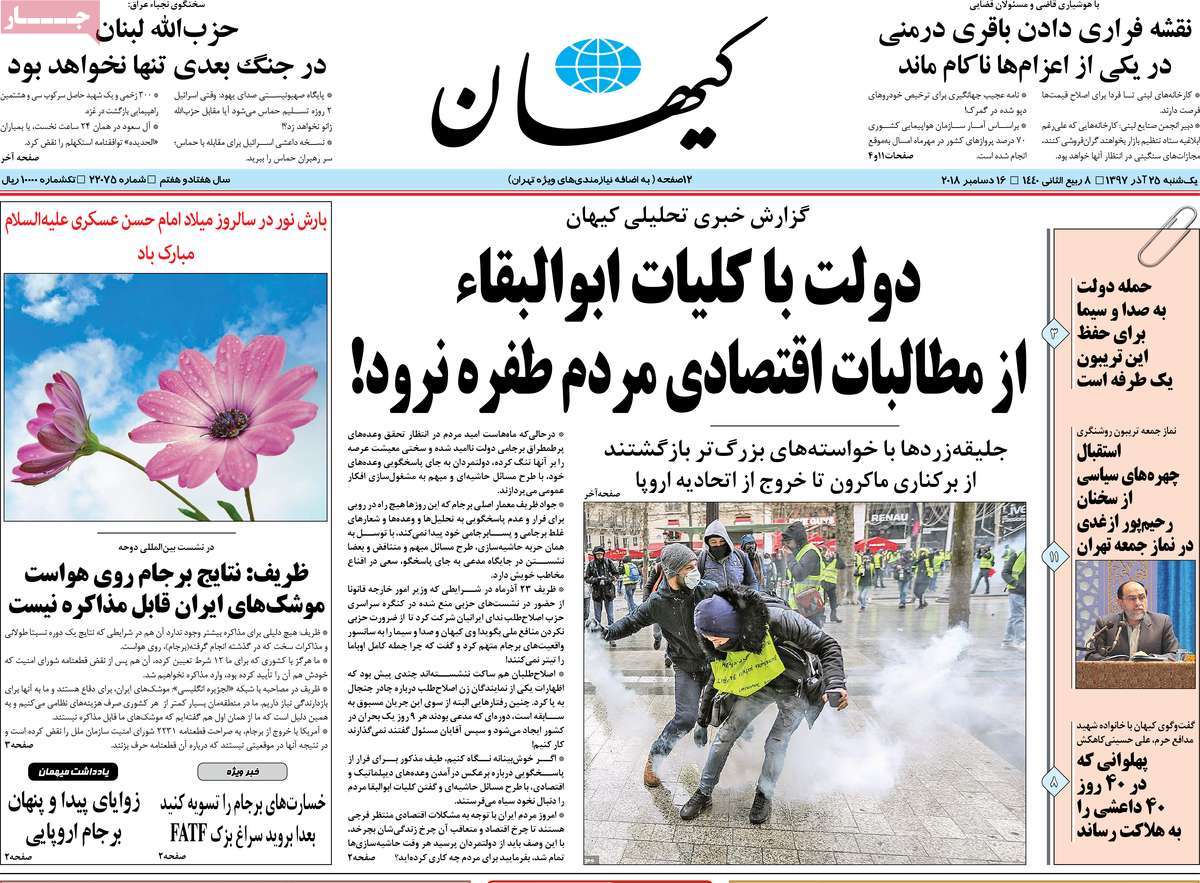 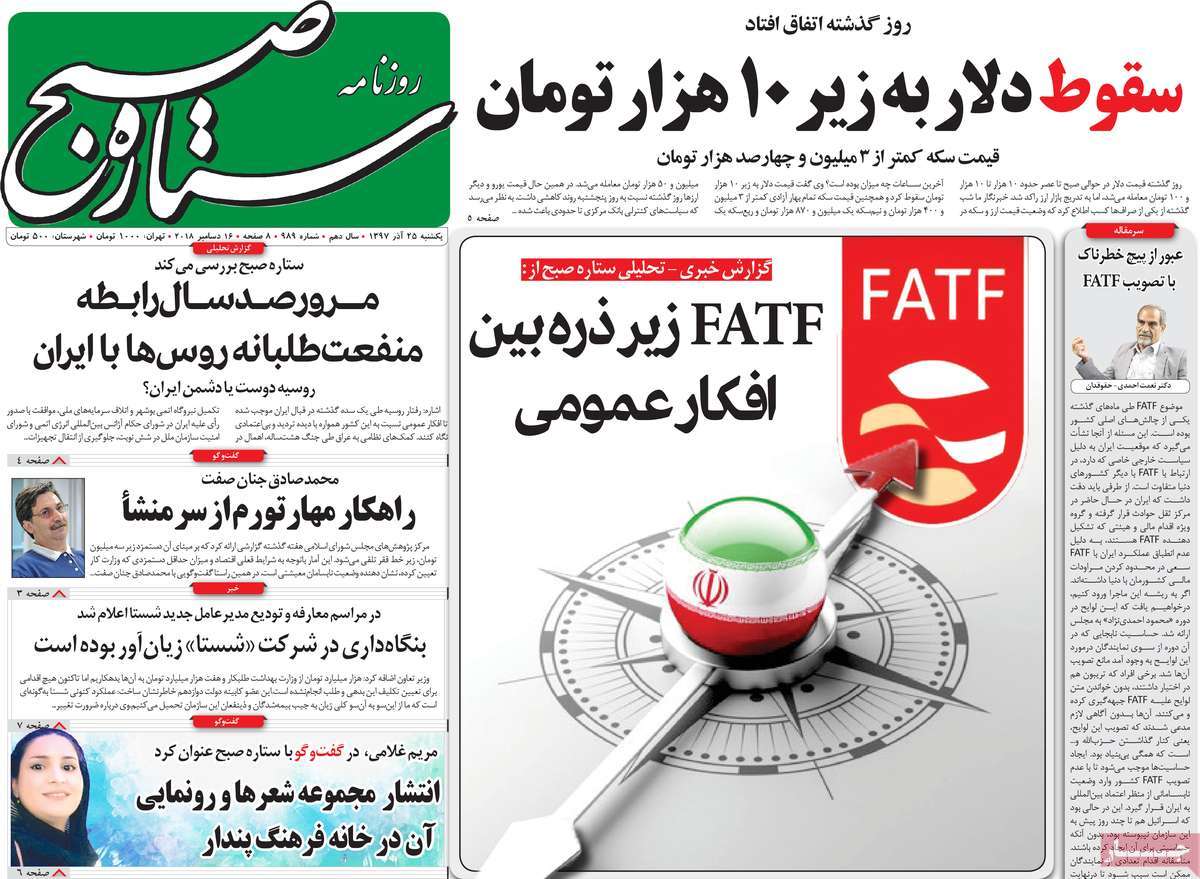 2- Opponents of Zarif Trying to Take Him to Court

3- Difficult Path ahead of Trump [Editorial] 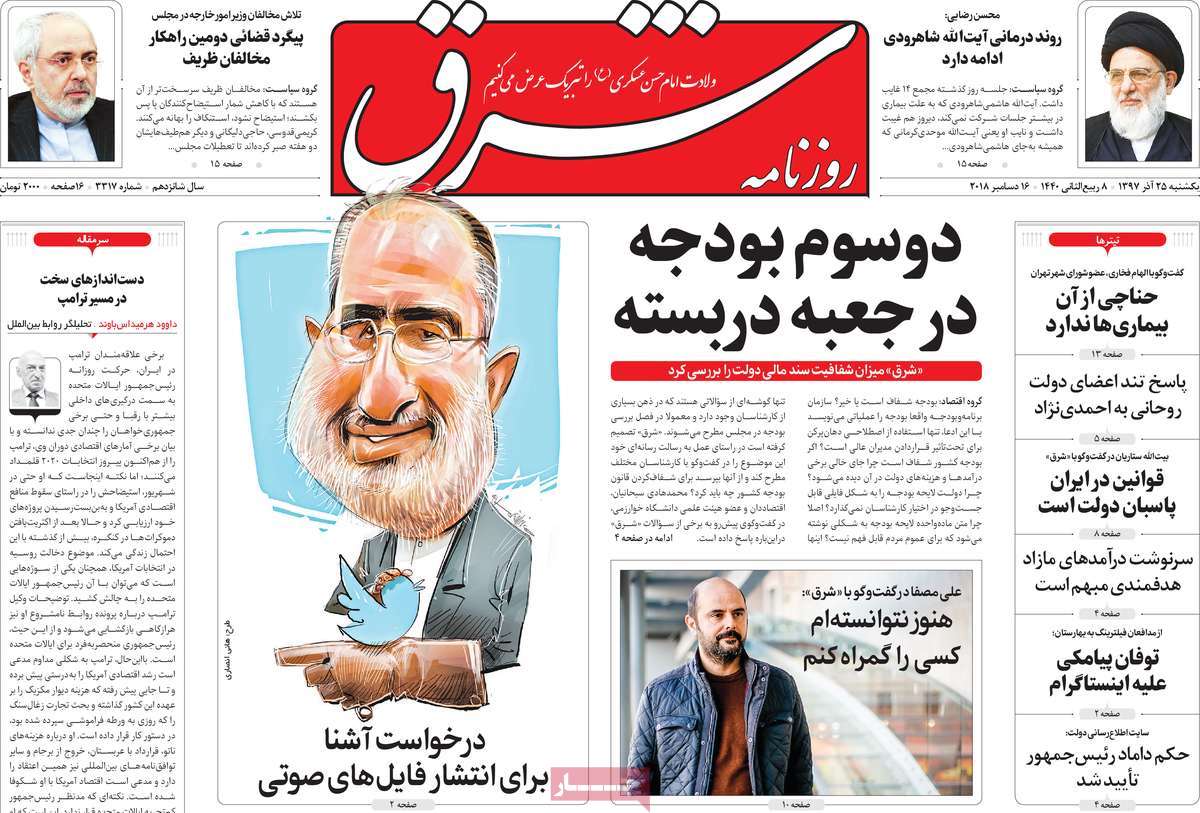 1- Santa Clause in Yellow Vest: Popular Protests in Europe Reach Their Peak ahead of Christmas 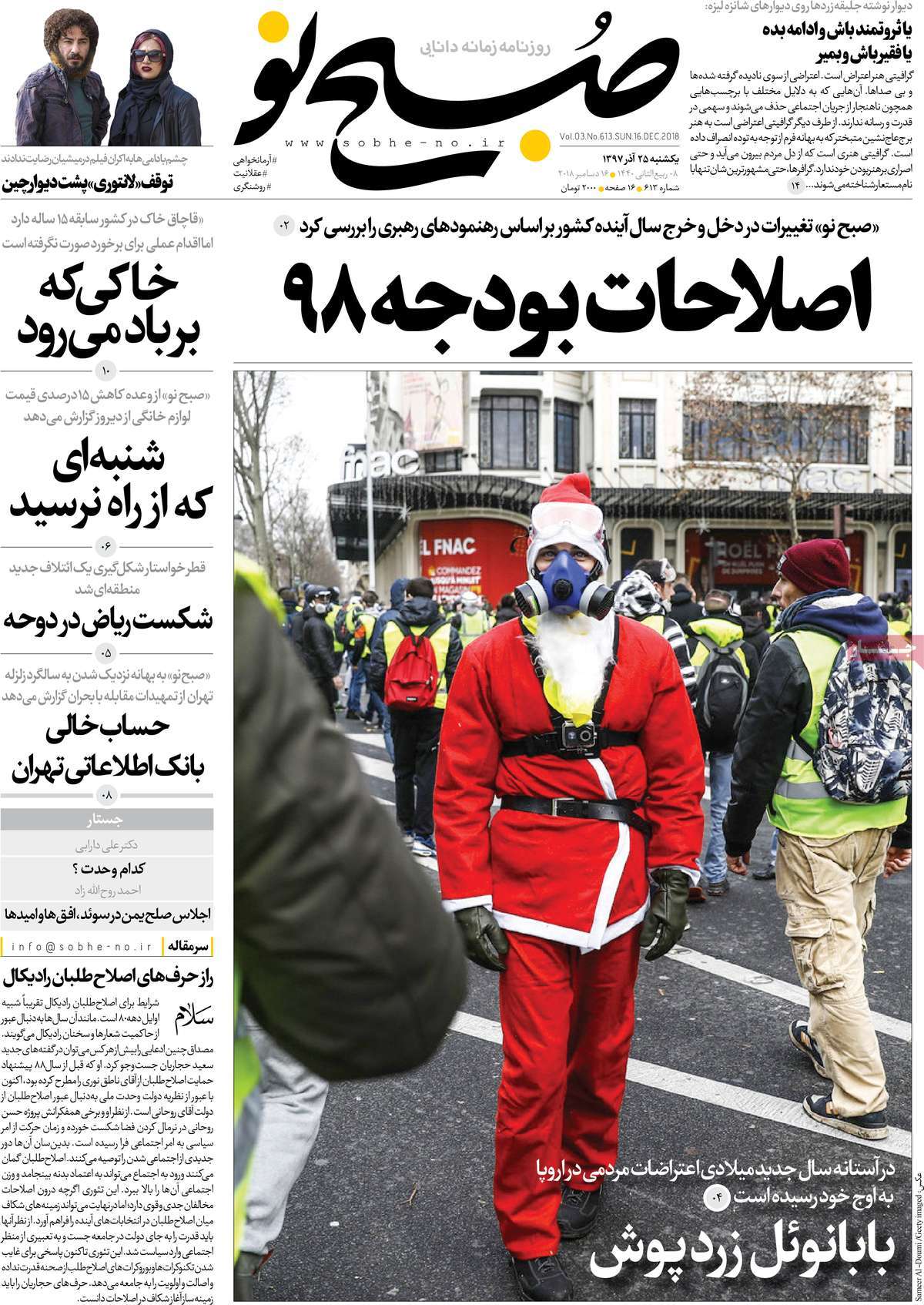