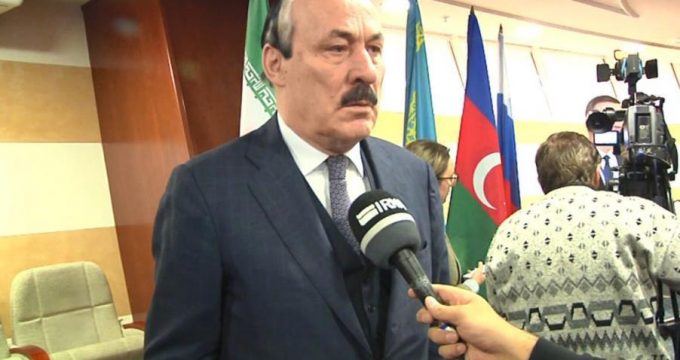 IRNA – Moscow will continue to defend interests of Tehran as its strategic partner in the international arena, a special envoy of the Russian president told the Islamic Republic News Agency (IRNA) during a recent interview in the Russian capital.

Iran is Russia’s historical partner, said Ramazan Abdulatipov, Special Envoy of the Russian President for Humanitarian and Economic Cooperation with the Caspian States.

Russians have good ties with Iranians, and the heads of state of the two countries enjoy very good relationship as well, said Abdulatipov, adding that there are many possibilities for promoting bilateral cooperation between the two nations.

He further said that his country and Iran cooperate in oil, gas and economic issues.

Referring to his recent visit to Tehran and meetings with the Iranian health and science ministers, Abdulatipov said the two sides can develop relations in the healthcare and scientific fields as well.

The Russian official went on to call for setting up joint free trade zones between the two countries in order to host Iranian companies in special trade zones in southern Russia, describing the economic trade zones as areas for further cooperation.

About the LOTUS special trade zone, Abdulatipov said that the active companies in LOTUS can be present in Iran’s free trade zone.

Special Economic Zone “LOTUS” is in the Astrakhan Region, south Russia, and most of the Iranian trade-industrial zones are located in northern Iran.