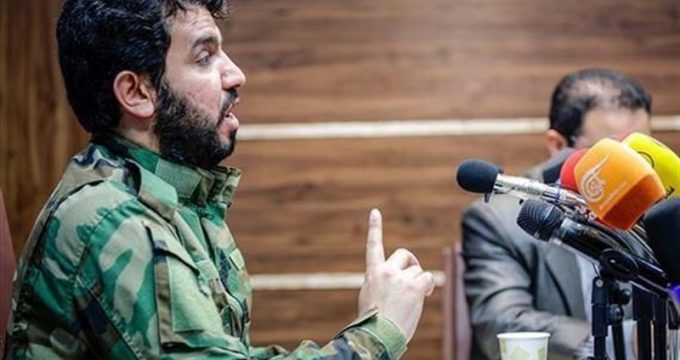 Iranians sided with Iraqis in all conditions: Nujaba spokesman

Tasnim – The spokesman for Iraq’s al-Nujaba Movement, a major Shia resistance group, rejected the US and Saudi claims that Iran has interfered in the internal affairs of Iraq, saying that the Islamic Republic has always sided with the Iraqi nation.

Speaking to the Tasnim News Agency, Seyed Hashem al-Moussavi dismissed Washington’s and Riyadh’s claims on Iran’s interference in Iraq as baseless and said, “We have not forgotten that most of the terrorist operations in Iraq were carried out by Saudi citizens.”

“The Saudis have always belittled Iraq and held it in contempt, while Iran has supported us at the levels of leadership, government, and nation and in all respects,” he noted.

The spokesman further emphasized that Iran dispatched its military advisers to support Iraq and provided the Arab country with weapons, the spokesman said.

“Iran never sent any explosive belts to Iraq; Iran never violated the sovereignty and territorial integrity of our country,” he added.

However, a combination of concentrated attacks by the Iraqi military and the volunteer forces, who rushed to take arms after top Iraqi cleric Ayatollah Ali al-Sistani issued a fatwa calling for fight against the militants, blunted the edge of Daesh offensive and later forced them to withdraw from the territories they had occupied.

In November 2017, the self-proclaimed caliphate of Daesh collapsed after Syrian and Iraqi armed forces and their allies managed to recapture the terror group’s last strongholds in the two Arab countries.

Iran is known as the first country to help the Arab country and has always voiced support for Iraq’s solidarity and prosperity.