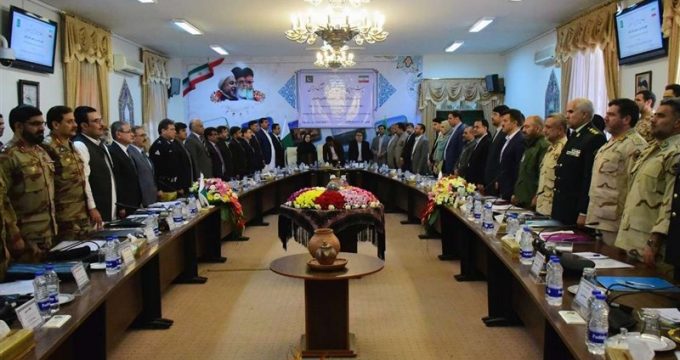 Tasnim – High-ranking officials from Iran and Pakistan signed an agreement to promote cooperation in preserving the security of common borders nearly two months after terrorists abducted a number of Iranian border guards at a military post.

According to Tasnim dispatches, following a three-day negotiation between a number of Iranian and Pakistani security and political officials in Iran’s southeastern city of Zahedan, a memorandum of understanding (MoU) on border security was signed.

The two sides agreed to boost cooperation in order to preserve the security of common borders and prevent fuel smuggling as well as human trafficking.

Preventing terrorists from crossing the common borders was another issue agreed between the two countries.

The Iranian side also called for the return of the remaining border guards, who were abducted by terrorist in October.

On November 22, five of the 14 Iranian border guards who had been abducted by terrorists returned home following consultations with Pakistani diplomatic and military officials.

The so-called Jaish-ul-Adl terrorist group infiltrated the country from the Pakistani side of the border on October 15 and took hostage 14 border guards, local Basij forces, and the Islamic Revolution Guards Corps (IRGC) members.