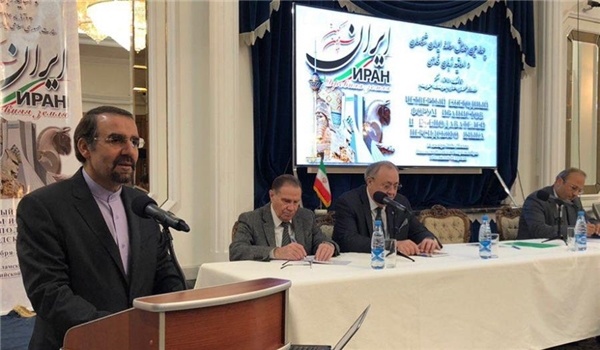 Conference on Iranology kicks off in Moscow

FNA – The 4th edition of annual conference of Russian Iranologists kicked off on Friday in Moscow, with Iranian Ambassador to Russia Mahdi Sanayee among the participants in the event.

The event is aimed at invigorating Iranology and discussing ways to develop Persian language, problems and future prospects.

Some 27 Iranian and Russian scholars and professors reviewed the current conditions, future prospects and the Persian language.

Currently 20 language schools in Russia are offering Persian language courses to those Russians interested in learning the official language of Iran, according to President of the Asian and African Institute of Persian Language Department Vladimir Ivanov.

Ivanov made the remarks in mid-November, in the second edition of the national conference of the Persian Language teaching for non-Persian speakers, adding that the Russian Academy of Sciences works the same as the Academy of Persian Language in Iran, which provides extensive resources to Persian students by writing books on the vocabulary and grammar of Persian.

In the two-day conference, which was held at Shahid Beheshti University, he added, “In Persian language department of the Institute of Asia and Africa, some speakers in addition to language, are learning literature, economics and history.”