A Look at Iranian Newspaper Front Pages on December 15

Iran Front Page – IFP has taken a look at the front pages of Iranian newspapers on Saturday, December 15, 2018, and picked headlines from 14 of them. IFP has simply translated the headlines and does not vouch for their accuracy.

The top story in all papers today was a ceasefire agreement reached between Yemeni warring sides after several days of talks in Sweden.

Several papers also covered the remarks made by Iranian Foreign Minister Mohammad Javad Zarif, in which he criticized the state TV and certain conservative papers for censoring the good aspects of the Iran nuclear deal.

The US Senate’s unanimous vote to stop Washington’s support for the Saudi war in Yemen and to blame Saudi Crown Prince Mohammed bin Salman for the assassination of dissident journalist Jamal Khashoggi also received great coverage.

1- Iraq: We May Reach Agreement with US to Be Exempted from Iran Bans

2- Judiciary Chief: Zanjani to Be Executed in Due Time 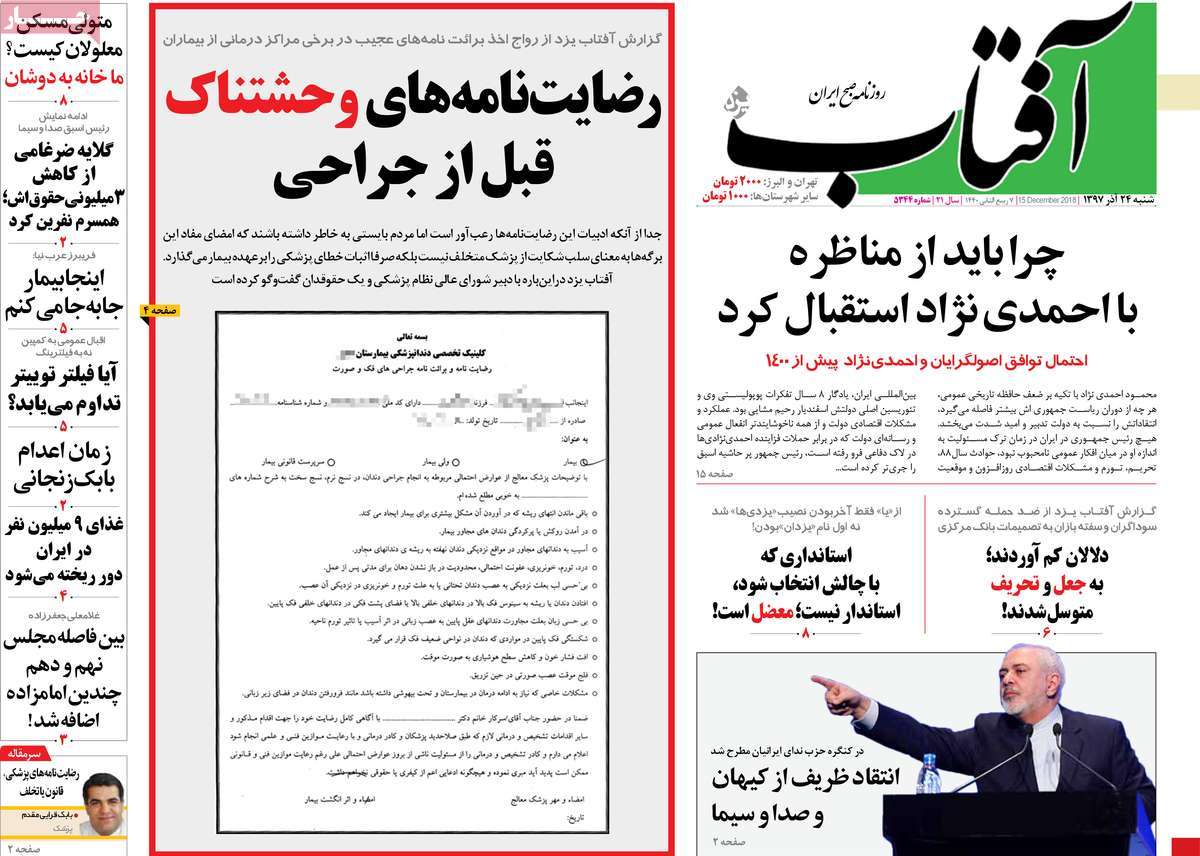 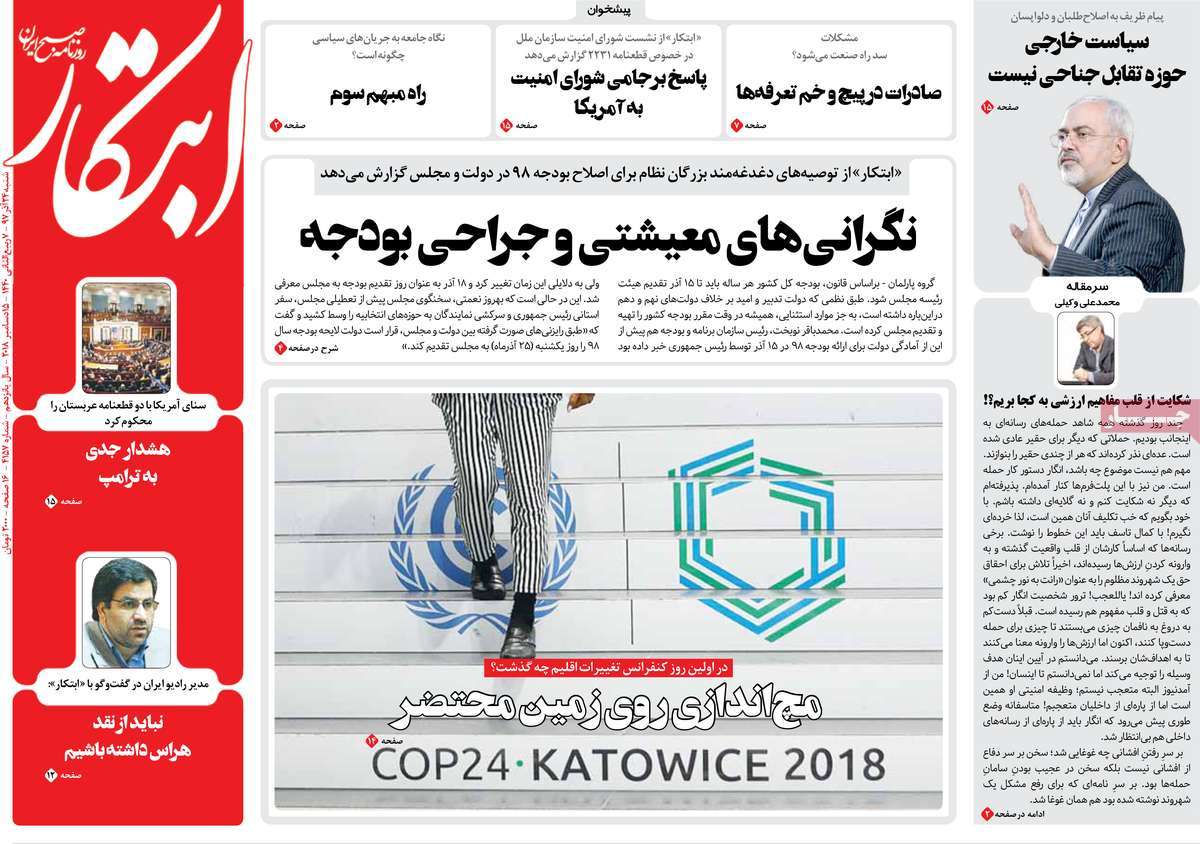 1- Zarif: We’re Nothing without People’s Backing 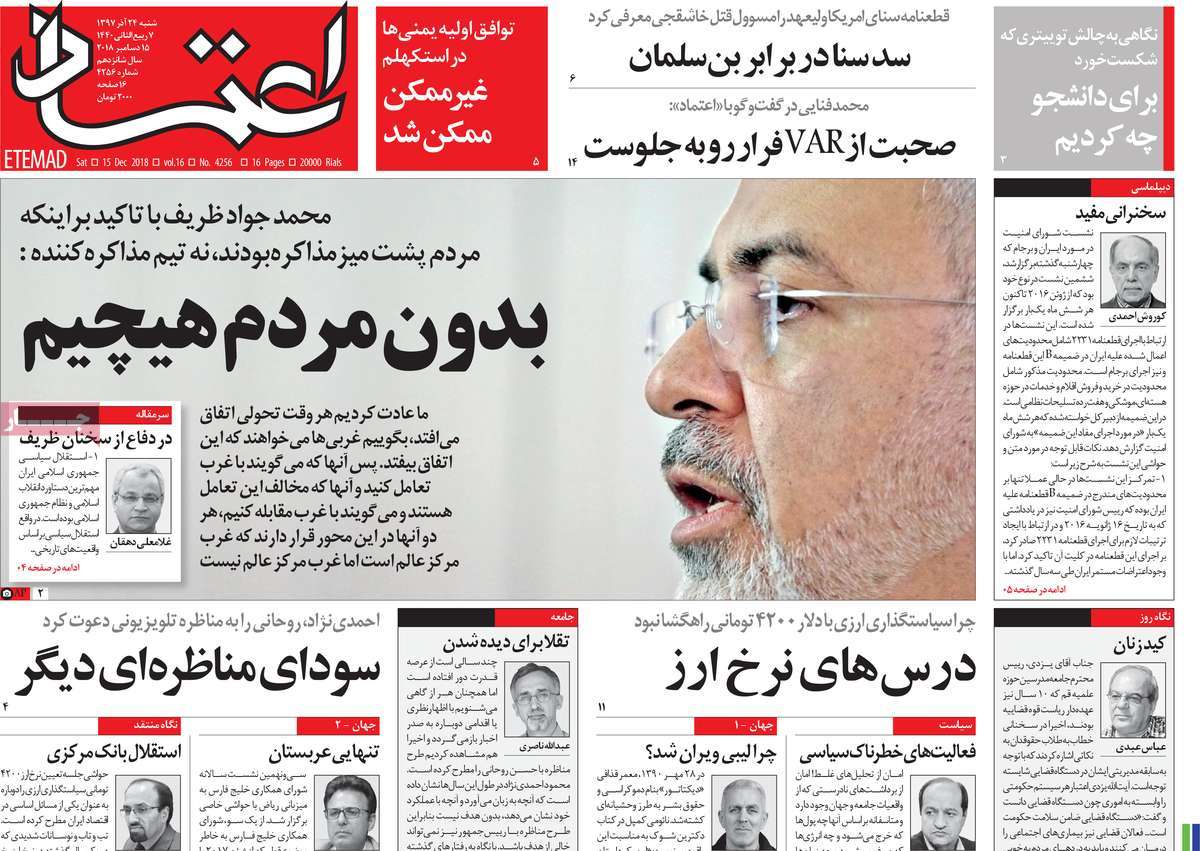 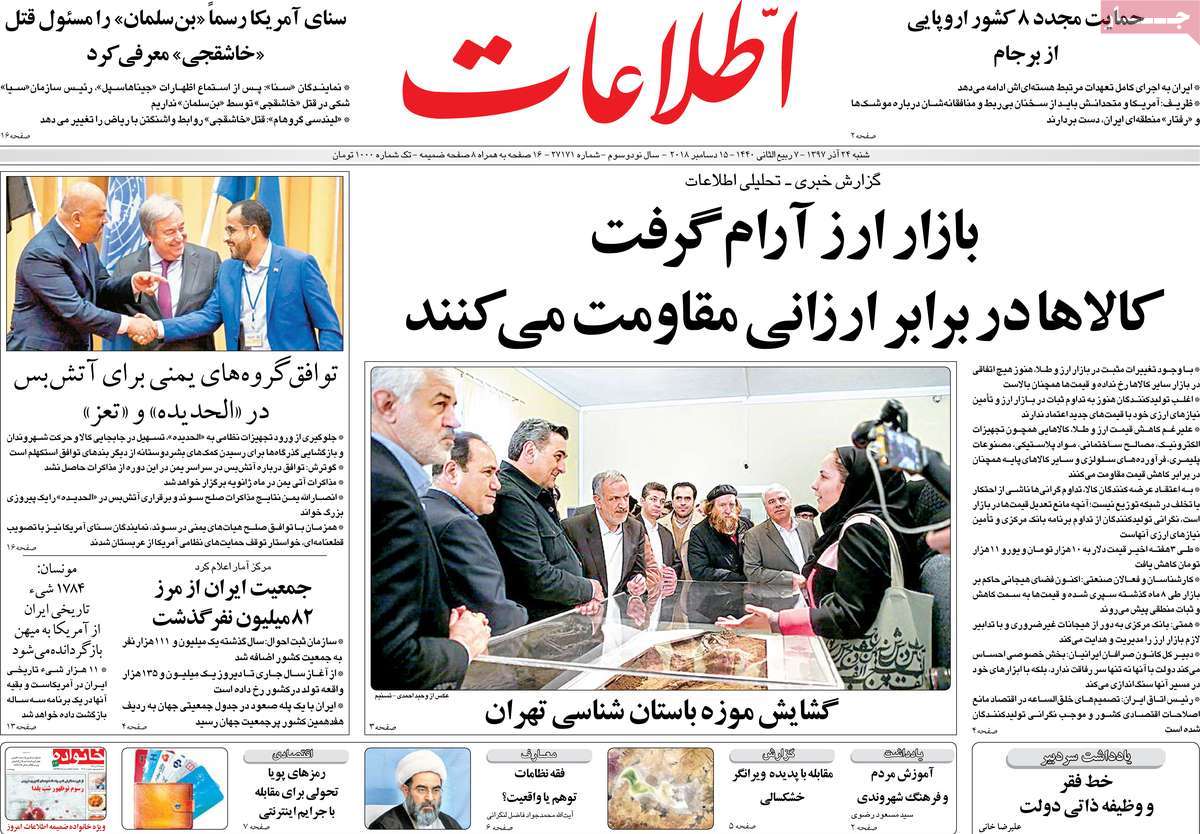 1- IRGC Aerospace Commander: Sanctions Won’t Be Lifted, We Should Neutralize Them 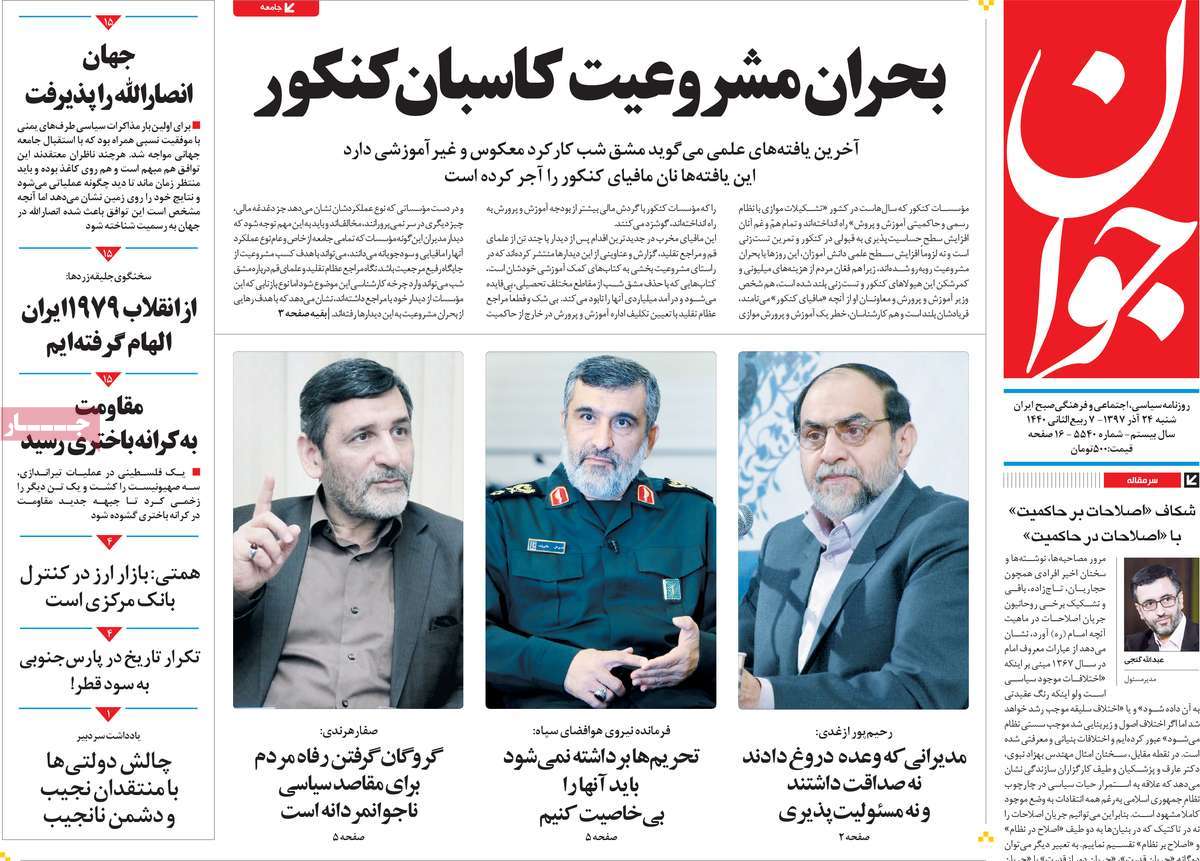 1- US Once Again Defeated by Iran at UN Security Council 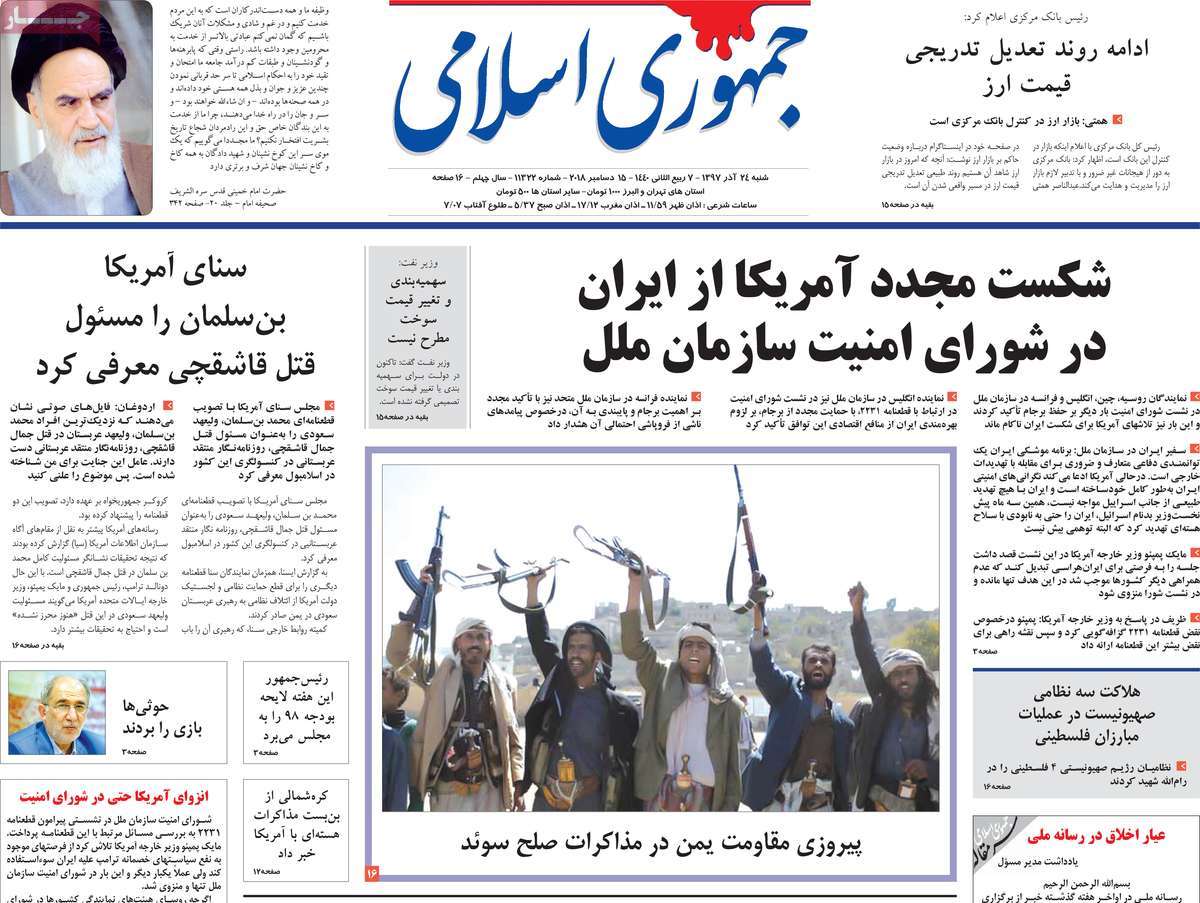 1- How Much Dollar Rates Are Going to Decrease? 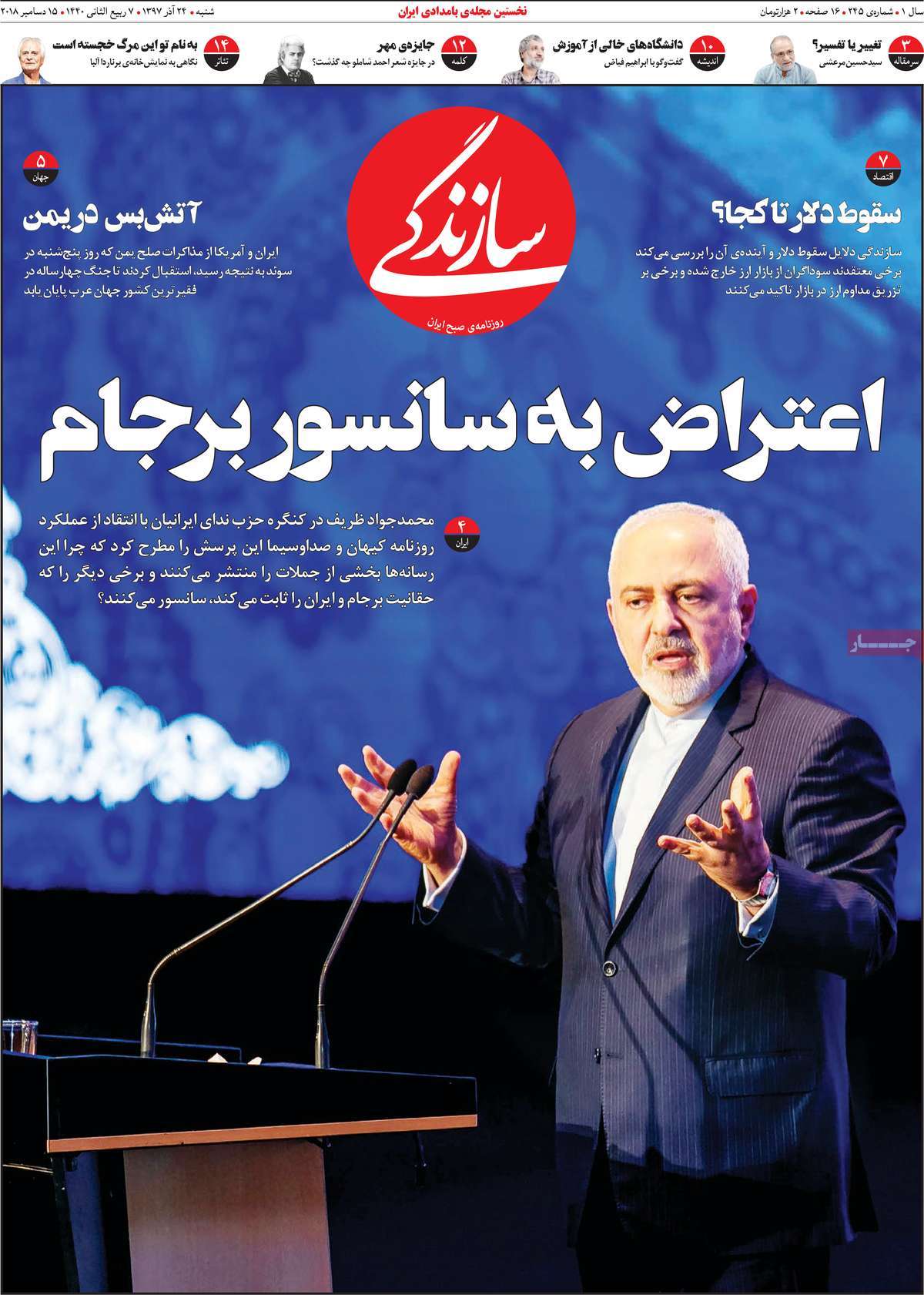 3- Bin Salman Condemned by US Senate 1- We Have to Ratify FATF Bills: Reformist Member of Expediency Council 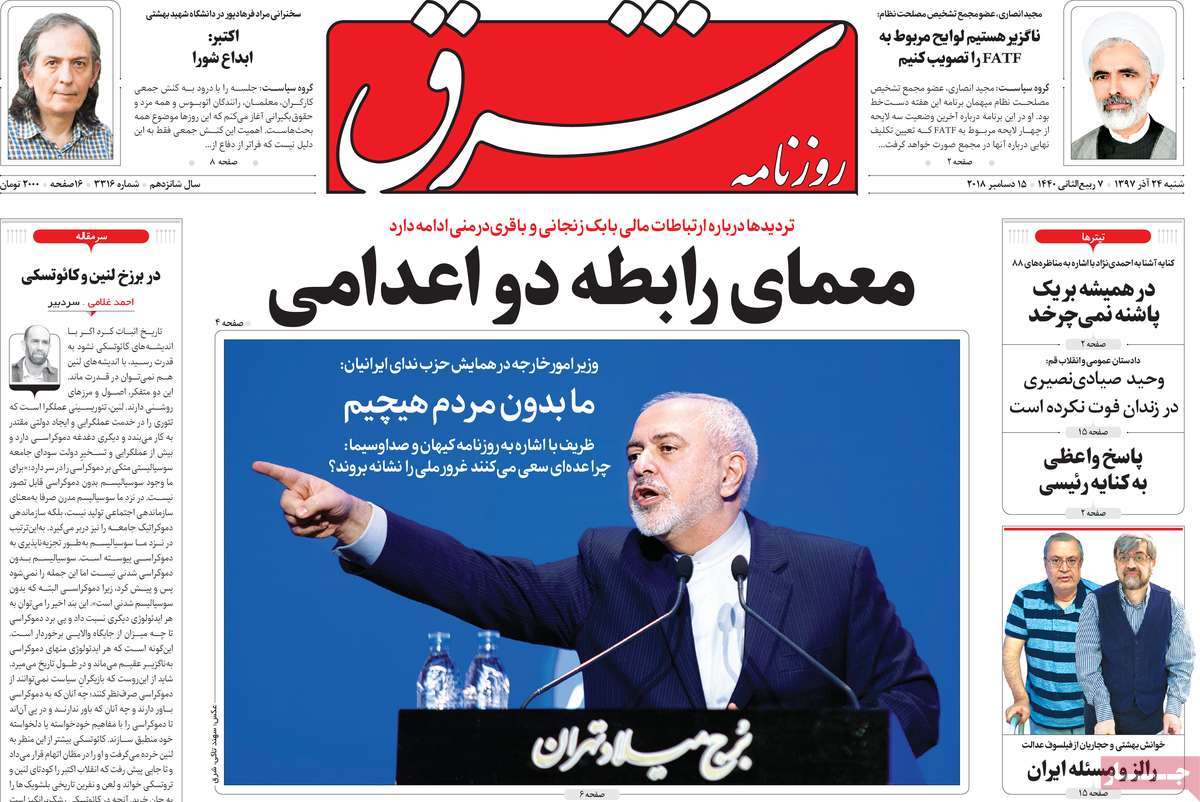 1- Letter of Repentance: Zarif Admits West Not Centre of World