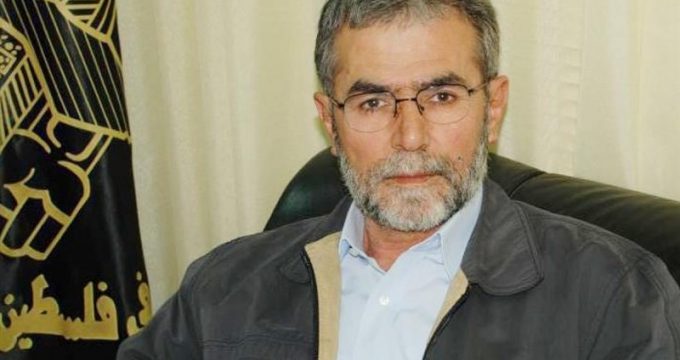 Tasnim – The secretary general of the Islamic Jihad movement hailed Iran’s backing for the Palestinian people and resistance groups, saying his movement welcomes support from any party in the world.

In an interview with the Al Ghad TV, Ziad al-Nakhala said Islamic Jihad welcomes support for the Palestinian nation provided by any side in the world.

Iran is one of the countries that have been supporting the Palestinian nation and resistance, he noted.

Nakhala said the Palestinian revolution has had relations with many countries from the outset, even with the Soviet Union, adding that Arab nations have also supported the just cause of the Palestinian issue.

The Islamic Jihad leader also called upon the Palestinian Authority (PA) to admit that the so-called Oslo peace plan has ended in failure, and to focus on the National Action Plan (NAP) of Palestine.

The West Bank of River Jordan is occupied by Israel and the Gaza Strip is suffering from blockade and social and economic disintegration from the Palestinian territories, Nakhala deplored, saying the first step towards reconciliation would be the Fatah movement’s acknowledgement of failure of the Oslo plan.

The Oslo Accords were signed between the Zionist regime of Israel and the Palestine Liberation Organization (PLO) in the 1990s apparently to resolve the Israeli-Palestinian conflict and to guarantee the Palestinians’ right of self-determination.