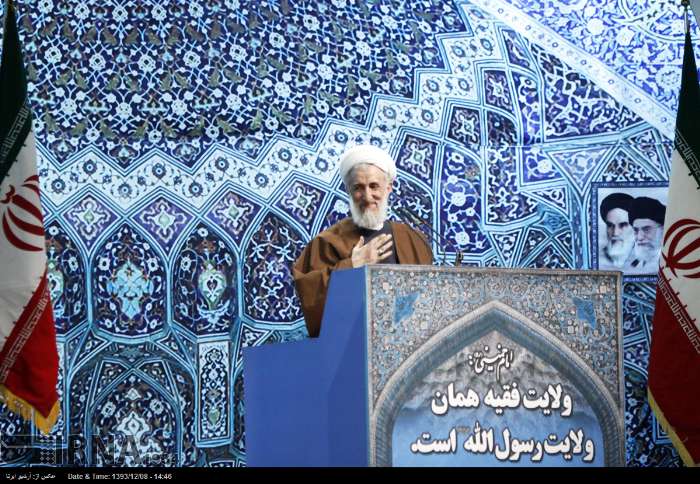 Speaking to the Friday prayers participants this noon, he said that endorsing (Financial Action Task Force) FATF bills is like starting a self-sanctioning process.

Signing the related bills will reveal the financial information of the country to the enemies and block the way to get around sanctions, he highlighted, adding, “this is contrary to the verse of the Qur’an, contrary to the constitution, and contrary to the guidance of the Leader of Islamic Revolution who said that these plans are being devised in the think tanks of the Global Arrogance.”

“If you want to fight money laundering, enact domestic laws,” he urged officials.

Iran lost opportunities with the experience of the JCPOA, he said, adding that some individuals had promised that all sanctions would be lifted as soon as signing the deal. They had promised welfare and a low-cost life, while the costs of daily life have increased 50-70 percent after signing the deal, he regretted.

Firing back at President Rouhani’s recent statements about FATF, Sedighi added, “instead of trusting foreigners, trust your nation and put the youth in charge, and pursue implementation of the resistance economy and using domestic capacities more seriously.”

The bill on Iran’s accession to the convention against the funding of terrorism (CFT) was rejected by the Guardian Council in early November due to some flaws that the Council had found to be ambiguous or against the country’s Shari’ah and the Constitutional law. The bill was then amended by the Iranian Parliament, waiting for the next steps in the Guardian Council.