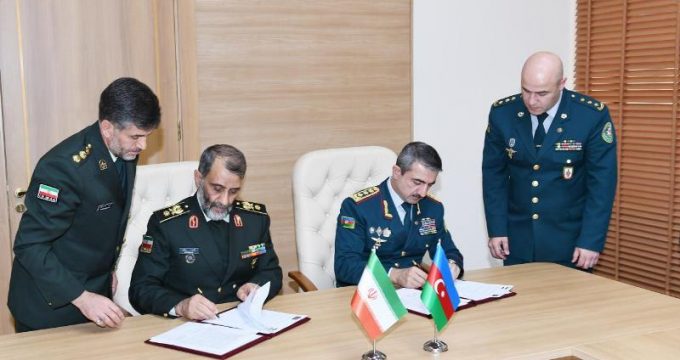 According the cooperation document, the two countries will boost exchange of information and also elevate cooperation in fighting drug trafficking along the borders.

General Rezaei said cooperation between border forces of Iran and Azerbaijan are expanding in light of an increase in traffic at the border terminals of two countries.

According to a two-country agreement, the Border Guard Summit will be held once a year in Tehran or Baku, said Bri. Gen Qasem Rezaie.

Referring to his meeting with the president of Azerbaijan, Rezaie said that he with a very positive view of cooperation and exchange of information between the two countries stressed the promotion of relations in the border area.

During a meeting with Guliyev on Tuesday (Dec. 11), the two sides reviewed the ways to foster border relations and increase mutual border security.

Talking to IRNA at the end of the 11th Meeting of Iran and Azerbaijan Border Guards Commanders, Brigadier General Qasem Rezaei stated that Iran and Azerbaijan Republic borders are borders of peace and friendship, as they are among the safest and exemplary borders.

He added that necessary coordination have been made between the two countries’ border guards over past years.

“I give the Azeri people the message that Iran is seriously watching the common borders,” he said, noting that only physical state of the earth and forest and heights can create problems.

He also announced a joint meeting in Iran’s eastern borders within the next month.