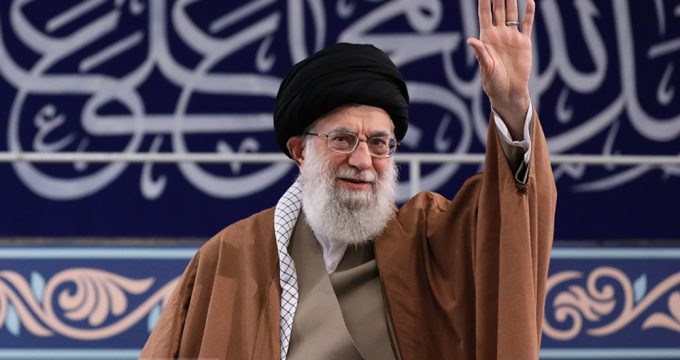 With a storm sweeping the world, now hitting France, Iran remains safe thanks to Islam

In the face of a storm that is sweeping the world, afflicting this region– one that has now reached to France– Iran is on board a safe ship and continues to powerfully sail on this path, thanks to Islam and the Progeny of the Prophet Muhammad (pbut).

Iranian President Hassan Rouhani said that Iran enjoys considerable reserves of water in both north and south of the country which need to be used.

Iran needs some 500 planes and would likely back buying the Sukhoi Superjet 100 if Russia is willing to sell them to its airlines, Iranian news agencies reported the country’s top civil aviation official as saying on Wednesday.

Top Iranian and Azeri border guard commanders on Tuesday signed a cooperation document in the field of border security.

Safavi warns of new US, Israeli plots in region

Top Military Aide to the Iranian Leader Major General Yahya Rahim Safavi said that the United States and Israeli regime may be devising new plots in the region.

Iraqi Air Force Commander General Hamid al-Maliki underlined that Iran was the first country which helped Iraq in the war on the ISIL terrorist group, criticizing the US for its delay in sending military aid.

Health Minister blasted the US for imposing unilateral and unjust sanctions against the Iranian nation which will adversely influence the people’s health.

OPEC said on Wednesday it had offset a drop in sanctions-hit Iranian oil exports and lowered the 2019 forecast of demand for its crude, underlining the challenge the producer group faces to prevent a glut even after last week’s decision to trim output.

EU officials are reiterating in contacts with Iranian officials that they would start using the Special Purpose Vehicle (SPV) mechanism in coming weeks, President Rouhani’s chief of staff said on Wednesday.