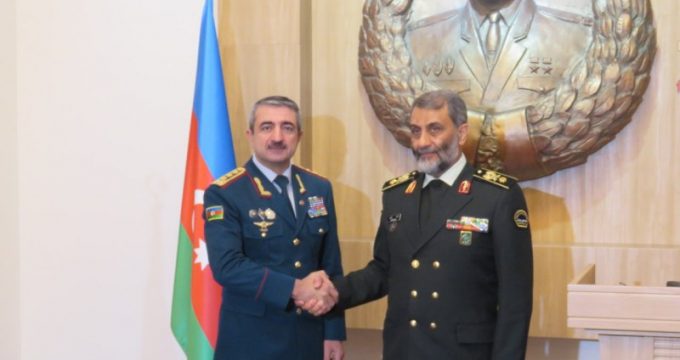 IRNA – Iran and Azerbaijan Republic borders are borders of peace and friendship, as they are among the safest and exemplary borders, said Iran’s Border Guards Commander Brigadier General Qasem Rezaei on Tuesday.

Talking to the Islamic Republic News Agency (IRNA) at the end of the 11th Meeting of Iran and Azerbaijan Border Guards Commanders late on Tuesday, he added that necessary coordination have been made between the two countries’ border guards over past years.

“I give the Azeri people the message that Iran is seriously watching the common borders,” he said, noting that only physical state of the earth and forest and heights can create problems.

To counter illegal movements, agreements have been concluded between the two countries’ border guards to undertake joint operations, he said.

Those who intend to disrupt security on the border will receive resolute response by both countries’ forces, he said.

He also announced a joint meeting in Iran’s eastern borders within the next month.