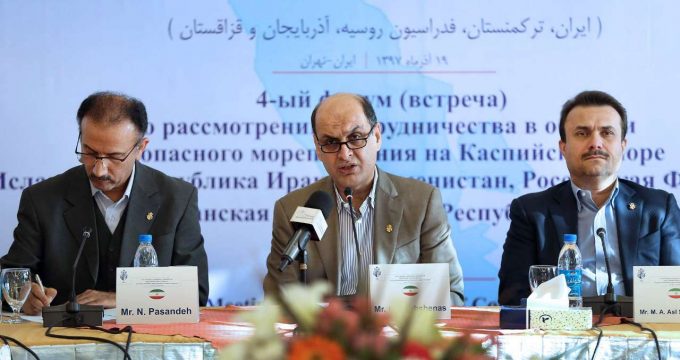 MNA – The 4th meeting on the Caspian Sea’s maritime safety protocol kicked off in Tehran on Monday and will wrap up today.

Representatives of Iran, Azerbaijan, Kazakhstan, Russia and Turkmenistan are taking part in the two-day event.

The meeting focuses on improving safety of vessels in the Caspian Sea, mechanisms in search and rescue operations, oversight and inspection of vessels, as well as protection of the marine environment.

The previous meeting was held in Tehran in June.

“Because the Caspian Sea is a special sea, we do not need all the conventions implemented regarding it,” he noted.

“Some conventions can be implemented. We choose the corresponding parts of these conventions. A protocol on this basis has been regulated. Experts from five Caspian countries are currently working on that protocol.”