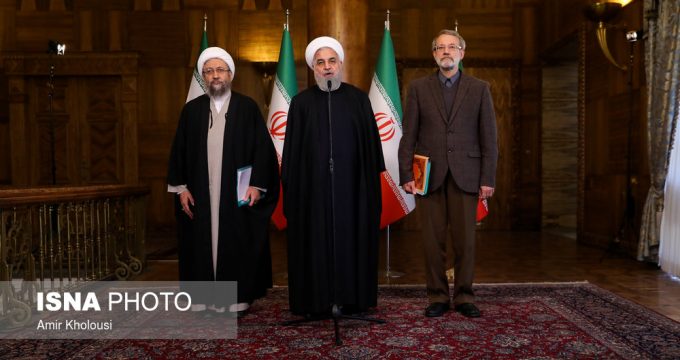 President Hassan Rouhani said Tue. that Iran’s oil sales have been faring much better than how they did before the Nov. 5 US sanctions targeting the country’s oil sector.

Sacred Defense not over; spiritual warfare in progress

Leader of Islamic Revolution Ayatollah Seyed Ali Khamenei said the development of a revolutionary spirit is evident among all Iranian people, indicating that the enemy will be certainly defeated in its spiritual warfare, like what happened during the hard war.

Commander of Iranian Navy Rear Admiral Hossein Khanzadi said that the presence of foreign forces in the region has no result but creating insecurity.

Iranian Foreign Minister Mohammad Javad Zarif announced on Tuesday that his country supports the early agreements reached between Yemeni sides in the Swedish capital city of Stockholm, strongly urging the continuation of talks.

A senior Revolutionary Guards commander said on Tuesday that Iran had recently carried out a ballistic missile test but he did not specify what kind of missile had been tested, according to Fars News.

Sayyari: US sells $800bn of arms by promoting Iranophobia

Deputy Coordinator of the Iranian Army Rear Admiral Habibollah Sayyari said that the United States is selling $800 billion of arms to countries of the region by promoting Iranophobia.

Iranian President Hassan Rouhani said relations between the Islamic Republic of Iran and the People’s Republic of China is on the right track.

Iran lodges protest with Georgian amb. over mistreatment of citizens