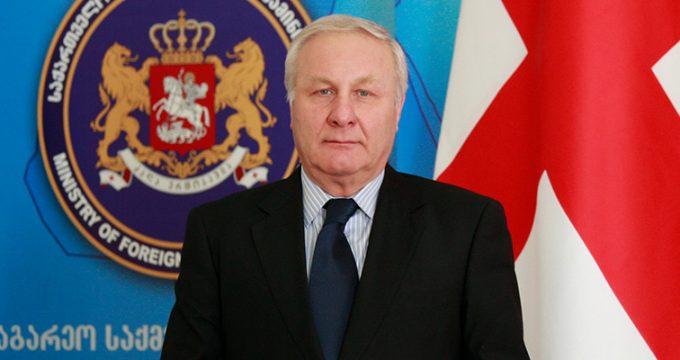 Iran lodges protest with Georgian amb. over mistreatment of citizens

During a meeting between Bagheri Moghaddam and Georgian Ambassador to Tehran Ioseb Chakhvashvili, the Georgian side provided explanations on the latest status of Georgian border guards’ behavior with some Iranian nationals seeking to enter the country.

During the meeting on Tuesday, Bagheri Moghaddam complained about the unfriendly behavior of certain Georgian border officials towards Iranian citizens.

Highlighting the cordial relations between the two nations, the Iranian official said recent deportations run contrary to a bilateral agreement on visa free travel and growing ties between Tehran and Tbilisi.

He further expressed hope for the development of bilateral cooperation, vowing to follow up the declared concerns.

The Georgian envoy, for his part, voiced regret over the recent developments and presented a report on the incident, promising to personally visit Tbilisi and follow up the event and announce the results to the Iranian side.

Last week, Iran’s Foreign Ministry spokesman Bahram Ghasemi said the deportations had various reasons. He said some of the nationals had no initial documents to enter Georgia, while several other deportees had sufficient documents.