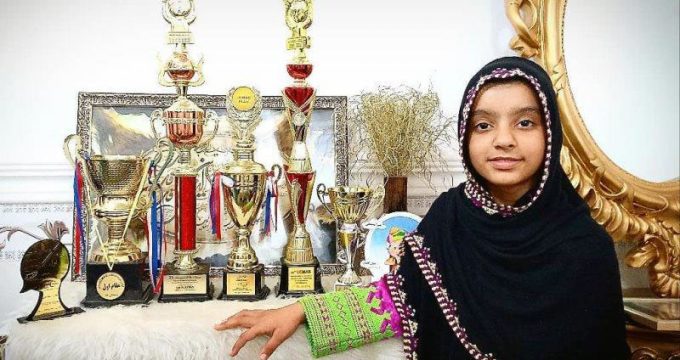 IRNA – Genius Iranian 12-year old teenager Yasra Soleimani from the city of Fonoj in Sistan-Baluchestan of Iran for the third consecutive year grabbed trophy in Abacus calculation 2018 in Malaysia.

The genius Iranian teenager is the champion of the years 2016 and 2017 in the field.

Some 2,200 contenders from 75 countries round the globe took part in the competition where the Iranian champion ranked first for the third time.

The genius teenager can calculate some 200 math problems in less than eight minutes.

She took part in class A and B and stood on top in the world ranking in both categories.