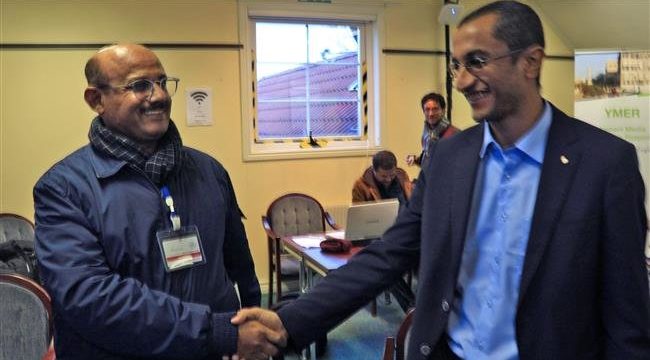 Press TV – Yemen’s Houthi Ansarullah movement and the country’s former Saudi-backed government say they have reached an agreement to carry out a mass prisoner swap, finalizing a key issue at UN-brokered peace negotiations in Sweden.

An unnamed adviser to the Houthi delegation in Sweden told AFP on Monday that the list of names would be completed by the end of the day, adding, “There might be an announcement of dates.”

Meanwhile, Haid Haig, the head of the Saudi-backed former Yemeni government delegation tasked with the swap, separately told AFP that the deal would be completely implemented by the end of January.

“We agreed … the deal would be complete within 48 days,” he said, adding that the list of names should be “mutually handed over by end of day today.”

According to Haig, between 1,500 and 2,000 members of the pro-government forces and between 1,000 and 1,500 Houthi fighters would be released during the swap.

The peace talks, brokered by United Nations Special Envoy Martin Griffiths and his team, began in the rural village of Rimbo on Thursday, aiming to end a nearly four-years-long brutal war imposed by Saudi Arabia on the impoverished nation.

Leading a coalition of its allies, including the UAE and Sudan, the Arab kingdom invaded Yemen in March 2015 in an attempt to reinstall former president, Abd Rabbuh Mansur Hadi, who had resigned amid popular discontent and fled to Riyadh.

The imposed war initially consisted of an aerial campaign, but was later coupled with a naval blockade and the deployment of ground mercenaries to Yemen. Furthermore, armed militia forces loyal to Hadi, in line with invaders, launch frequent attacks against Yemeni people in regions held by Houthis.

Since the onset of aggression, the Yemeni army, backed by fighters from Houthi Ansarullah movement, has been defending the impoverished nation against the invaders. The coalition is also resolute to crush the movement as another goal in its war on Yemen, which is teetering on the edge of famine.

The aggression is estimated to have left 56,000 Yemenis dead.

Riyadh had declared at the start of the invasion that the war would take no more than a couple of weeks.

Since the onset of the operation against Hudaydah, the humanitarian situation has worsened in Yemen due to a broad economic collapse. More than 70 percent of Yemen’s imports used to pass through the docks of the vital port.

The situation has particularly worsened in Yemen in recent months due to a broad economic collapse after a full-scale offensive by UAE forces and those of Hadi, was launched against the Houthi-held port city of Hudaydah in June.

More than 70 percent of Yemen’s imports used to pass through the docks of Hudaydah, which is currently under a tight siege imposed by the invaders.

The so-called liberation operation, however, failed to achieve its objective of overrunning the vital port, and defeating Houthi fighters. The fate of Hudaydah is another hot issue in the peace talks.

The so-called Yemeni government, led by Hadi, proposed through its representatives in the peace talks on Friday that the Houthis must hand over the vital port. However, Mohammed Abdulsalam, the head of the Houthi delegation at the peace talks, strongly rejected the proposal, saying that Hudaydah must be kept apart from the military conflict, and that a government should be formed first before all parties are disarmed.

Additionally on Monday, and according to a document seen by AFP, the UN proposed Yemen’s Houthis to pull out from Hudaydah as part of a ceasefire deal placing the flashpoint port city under the control of a joint committee and supervised by the world body. It further stipulates that the Saudi-led military coalition should cease all airstrikes and ground attacks against Hudaydah in exchange for a Houthi withdrawal.

The Houthi movement has not yet commented on the UN proposal.

Both Houthis and the former government have already said they would accept UN supervision of Hudaydah if it were under their sole control.

The Saudi-led war has also taken a heavy toll on the country’s infrastructure, destroying hospitals, schools, and factories. The UN has said that a record 22.2 million Yemenis are in dire need of food, including 8.4 million threatened by severe hunger. According to the world body, Yemen is suffering from the most severe famine in more than 100 years.