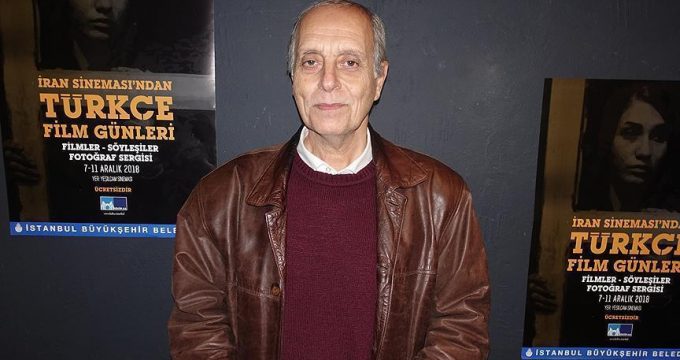 Film festival in Istanbul aims to boost ties with Iran

Anadolu Agency – A film festival held for the first time in Istanbul is aims to enhance relations between Iran and Turkey, according to the organizer of the five-day event.

21 films, including 13 short films, four documentaries and four features were screened at the ‘Turkish Films Days from Iranian Cinema’.

Ihsan Kabil, a film critic and event consultant, said Iranians generally shoot films in Persian, but they do sometimes shoot in Turkish as well.

“As Azerbaijani Turkish is a bit common in Iran, we wanted to carry a package of these films to Istanbul,” Kabil said.

“Yes, the Iranian cinema is well-known in Turkey, but these films shot in Azerbaijani Turkish are not so known,” he added.

This event is in a way a cultural exchange, he said, adding: “We want to improve cultural relations between Turkey and Iran.”

Kemal Kaptaner, head of Istanbul Metropolitan Municipality’s culture department, told Anadolu Agency that the Iranian cinema was powerful around the world despite working with limited budgets, unlike Hollywood movies.

“We wanted to make an interesting event by bringing together art lovers, with films produced by Azerbaijani-origin directors especially in Tabriz, with this rich cinema culture,” Kaptaner said.

Riza Siyami, a film director and supporter of the festival, said that Iranian cinema is only known for films shot in Persian.

“The first film in Azerbaijani Turkish was shot 15 years ago. In the last two years, over 5,000 films were made in this area,” he added.

The festival is to wrap up on Tuesday with the screening of Asghar Yousefinejad’s film “The Home”.