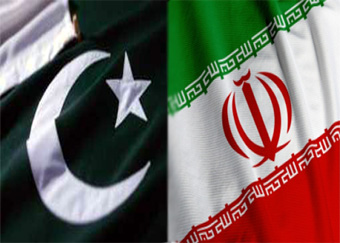 Exports to Pakistan rise by 58% in 8 months

FNA – The volume of Iran’s non-oil goods exported to Pakistan in the first 8 months of the current Iranian calendar year (March 21- November 22) has registered a 58% increase in comparison with the same period last year, reaching a total sum of $860 million worth of commodity.

Iran’s Commercial Attaché to Pakistan Mahmoud Haji Yousefipour announced that the figure shows a %58 hike in comparison with the $539 million exports in the similar time span of the past year.

The official noted that the trade volume between the two neighboring states exceeded $1 billion during the eight-month period with Iran sitting atop in exports. The Islamic Republic’s trade balance with Pakistan currently stands at 665, he added.

Senior leaders of Iran and Pakistan have vowed to enhance the values of trade exchanges between the two countries to the level of $5 billion.

A senior Pakistani trade official underlined in August that his country would not quit developing trade relations with Iran despite the re-imposition of sanctions against the Islamic Republic by the US.

“Sanctions will have no impact on Iran’s trade with other countries and cannot hamper its progress,” President of Iran-Pakistan Federation of Culture and Trade Khawaja Habib-ul Rahman said.

He underlined the re-imposition of the US sanctions against the Islamic Republic as an unjustified move, and said, “The economic situation of Iran is far better than the past and the new round of the US sanctions on Iran cannot hamper its progress.”

“Pakistan is seeking enhancement of amicable ties with the Islamic Republic of Iran,” Khan said.

The Pakistani prime minister underlined that Islamabad was looking for establishment of friendly relation with all its neighbors.