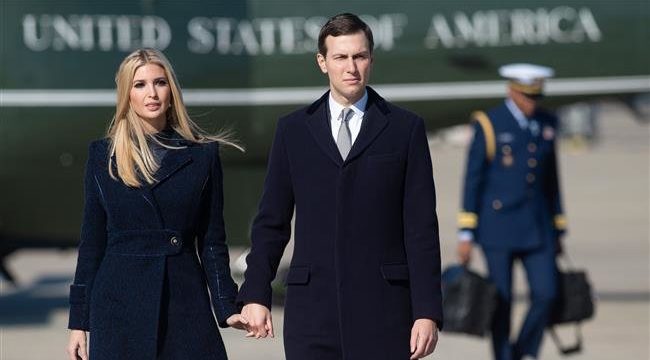 CNN – Eliot Engel, who is poised to lead the House Foreign Affairs Committee, plans to conduct a thorough review of US policy towards Saudi Arabia — and that could include Jared Kushner’s ties to the crown prince, Mohammed bin Salman, according to a Democratic aide.

Engel is “committed to conducting a top-to-bottom review of U.S. policy towards Saudi Arabia and that includes what has driven the US response to the Jamal Khashoggi murder,” said spokesman Tim Mulvey, referring to the October killing of The Washington Post journalist in the Saudi consulate in Istanbul.
Asked if that meant probing the ties between Kushner and the crown prince, Mulvey said: “Everything is on the table.”
The comments are the latest sign that the White House’s handling of the Khashoggi murder is bound to face fresh scrutiny in the new Congress — beyond this month in the final days of an all-Republican controlled Capitol.
The Senate could vote this week to withdraw US support for the Saudi-led war in Yemen. The Senate Foreign Relations Committee is also weighing whether to also vote on legislation to suspend arm sales with the country and sanction individuals responsible for the murder of Khashoggi — including potentially the crown prince and his alleged role in ordering the killing. But “intense” negotiations between Senate Foreign Relations Chairman Bob Corker, a Tennessee Republican and the ranking Democrat, Bob Menendez of New Jersey, over the contents of the sanctions bill are still ongoing, according to an aide familiar with the process.
Corker objects to the language in the bill by Menendez and Sen. Todd Young, R-Indiana, that would impose mandatory sanctions on people involved in the Khashoggi murder under the Global Magnitsky Act. The law currently requires the administration to make a determination about a human rights violation and then the US can impose sanctions.
“Our nation typically has tried to punish the countries for that type of behavior but not the individuals. So, I’m actually trying to keep it strong because I think what would happen (under the Menendez-Young bill) is if the administration knew they had to sanction, they would likely not find him responsible for the killing. I’d rather them find him responsible for the killing, him become an ever-greater pariah in the world and us find other ways of pushing back on what they’ve done,” Corker said.
But Menendez told CNN about Corker: “He wants to neuter the Global Magnitsky mandatory (sanctions under the bill) — and that’s really one of the significant parts of the bill. A deal is always possible but right now we are not there.”
Corker warned the Menendez bill could have broader impact around the world beyond Saudi Arabia.
“He’s trying to add language that says if the crown prince is found guilty then sanctions be automatically be put in place. That changes the entire relationship that we’ve had with world leaders. We … know Putin has tried to kill people with chemical weapons, but we typically have not sanctioned the leaders, we’ve sanctioned the countries,” Corker explained.
Kushner in particular has come under intense scrutiny given his close relationship with the crown prince. A New York Times investigation on Sunday showed that Kushner sought to counsel the prince to weather the storm in the aftermath of the murder. The White House has emphasized the importance of maintaining strong Saudi relations for the benefit of the US economy.
The House Foreign Affairs Committee, which has oversight of the State Department, is not the only panel planning an examination over the aftermath of the Khashoggi murder and the White House’s efforts to downplay it. The House Intelligence Committee, which has jurisdiction over the CIA, plans to look into the matter as well.
This story has been updated.