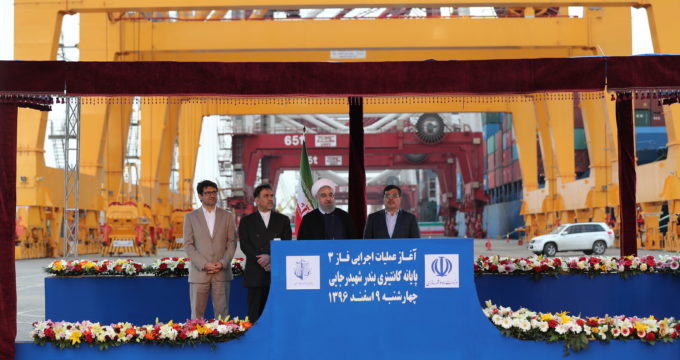 MNA – Over 49.5 million tons of oil and non-oil products were loaded and unloaded at Shahid Rajaee Port in the southern Hormozgan province during the past eight months of the Iranian fiscal year (March 21- Nov. 21), the director general of Hormozgan Ports and Maritime Organization.

The official added that 22.68 million tons of non-oil commodities were exported via the strategic port during the eight-month period, while the imports of non-oil goods stood at 4.174 million tons.

During the past fiscal year that ended in March, over 87.03 million tons of commodities were loaded and unloaded in Shahid Rajaei Port, registering an 8% increase compared with the year before.

Located along the Persian Gulf and near the Strait of Hormoz, Shahid Rajaee Port is Iran’s biggest container hub.

The strategic port can accommodate Panamax cargo ships with a capacity of more than 12,000 TEU. The port’s capacity is envisaged to increase to 8 million TEU when the construction operations are complete.