MNA – Iranian President Rouhani said Monday that connecting the railways of Iran and Iraq is extremely important and it should be carried out.

Making the remarks in a meeting with minister, deputies, and managers of the Ministry of Roads and Urban Development, Rouhani maintained that this task is feasible and “we will conduct it by the end of the year 1398 [March 2020].”

He went on to say that Iran also aims to connect Khorramshahr-Basra railway which has many significant aspects, especially for Arbaeen pilgrims.

“Our connections with neighboring countries is very important, especially in the time of sanctions,” he highlighted. 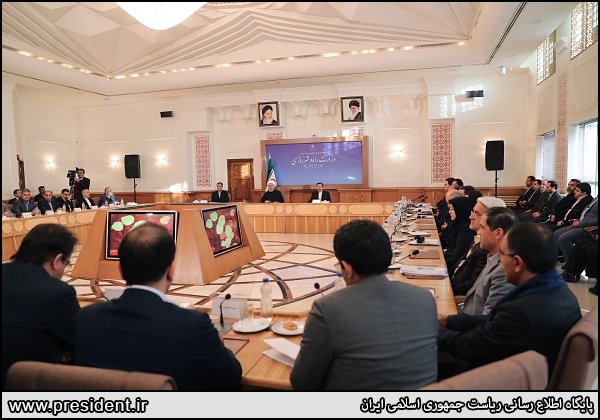 President described the development of rail transportation as a priority for people’s safety and convenience, saying, “roughly 20 percent of the country’s railways have been constructed in this government.”

Pointing to the significant role of Chabahar port, Rouhani added, “this port connects Africa and Asia to Central Asia, Caucasus, Russia, and Europe, transporting a major share of cargo.”

Elsewhere in his remarks, he referred to recent issues regarding FATF, saying “if we avoid joining FATF and working with foreign banks, we will expect a 20% price hike in our country.”

“Is it possible today not to work with foreign banks?” he framed, adding that some are making a propaganda against the issue and claim that signing this convention leads to the weakening of Islam. “I wish you understand Islam and then say that.”