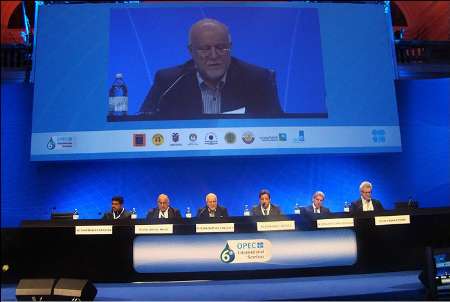 SHANA – A member of the Iranian parliament said the outcome of the 175th meeting of members of the Organization of the Petroleum Exporting Countries (OPEC) was a victory for Iran’s petroleum diplomacy.

Speaking to Shana, Salam Amini, a member of the parliament’s energy committee, said that the outcome of the 5th Joint OPEC-non-OPEC Ministerial Monitoring Committee (JMMC) and Iran’s exemption of any production cut programs by OPEC and non-OPEC producers were a victory of Iran.

“I was present in the meeting and witnessed how the Iranian Minister of Petroleum and his accompanying delegation defended the rights of the Iranian nation,” the MP, who accompanied the Iranian delegation to JMMC in Vienna on Friday, said.

He said, “I regard the outcome of this meeting as a petroleum diplomatic strength for Iran which was made possible by the petroleum minister’s tact.”