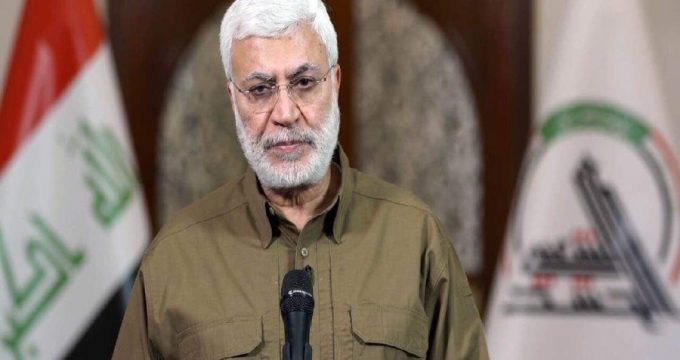 Al-Muhandis made the remarks Monday in a statement which was released on the occasion of the anniversary of victory against Daesh.

The supports of Iran and the Lebanese Hezbollah in fighting Daesh are unforgettable.

Victory against Daesh is regarded as Iraqis’ determination triumph against Daesh and its regional and international sponsors, he said.