A Look at Iranian Newspaper Front Pages on December 10

Iran Front Page – IFP has taken a look at the front pages of Iranian newspapers on Monday, December 10, 2018, and picked headlines from 15 of them. IFP has simply translated the headlines and does not vouch for their accuracy.

The top story in all papers today was the fresh round of Yellow Vest protests in France and other European countries, which took thousands of protesters to the streets for the fourth consecutive week.

Several papers also covered the remarks by conservative politician Ebrahim Raisi in criticism of the government of his former rival Hassan Rouhani.

The recent deal on output cut clinched by members of Organization of the Petroleum Exporting Countries (OPEC) was also described as a heavy blow to the US administration, which was pressurizing the OPEC to avoid cutting its oil output to keep the prices down.

2- Int’l Warning over Lack of Food Security in Yemen 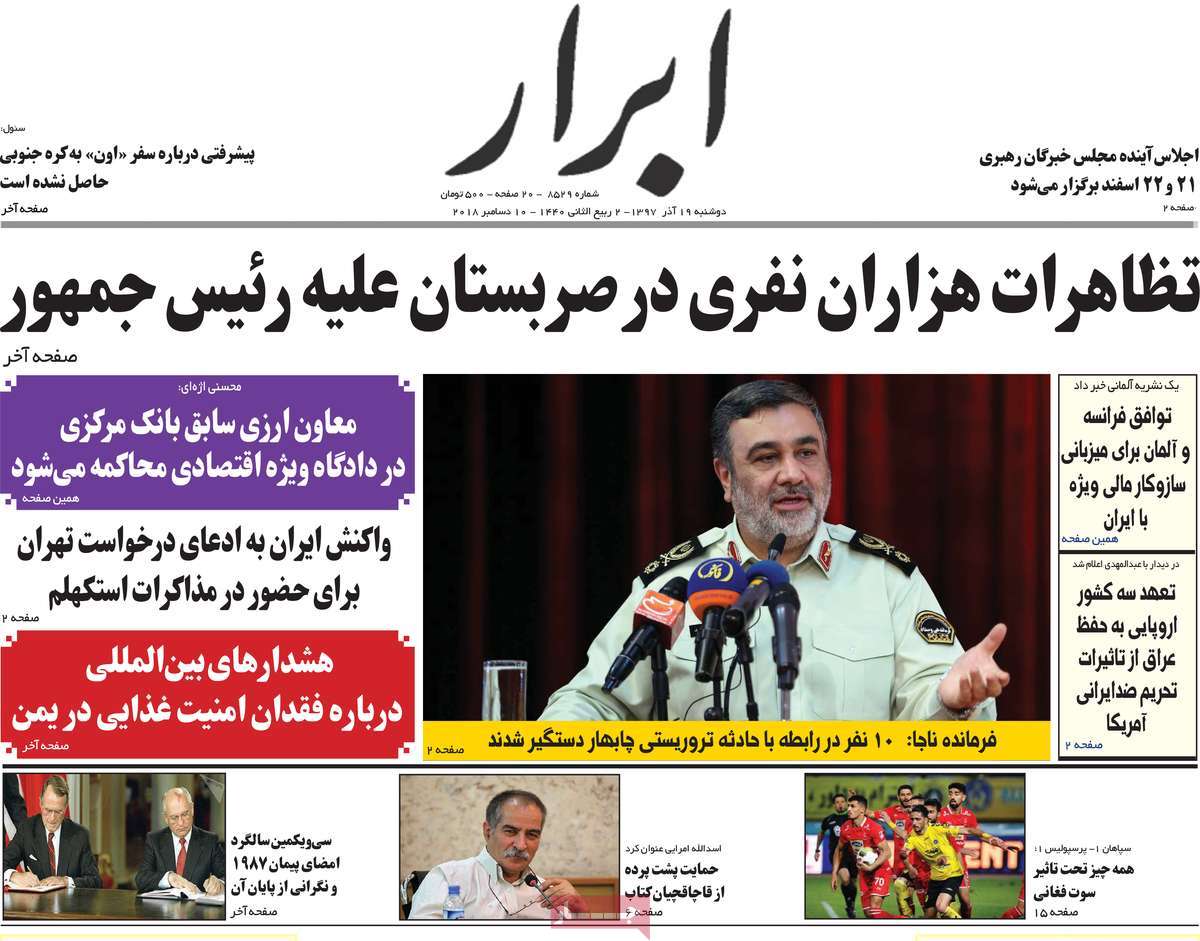 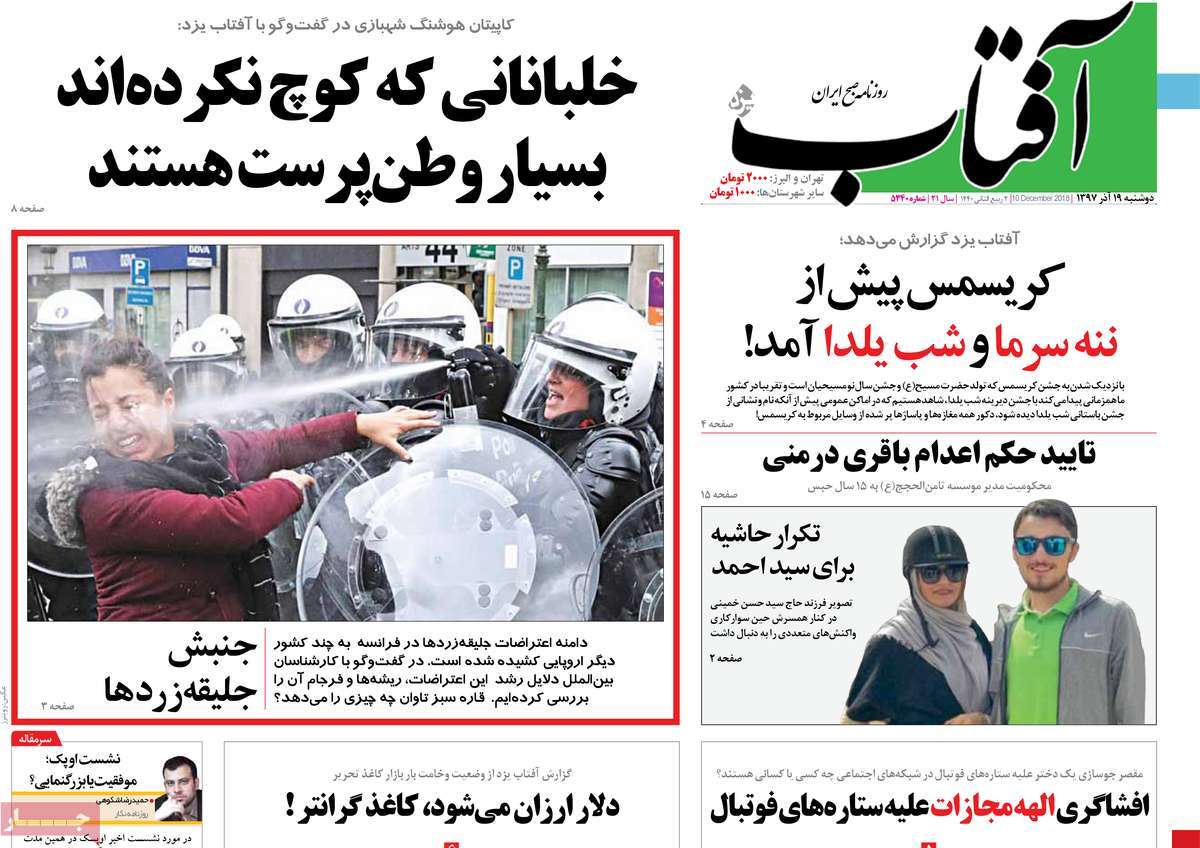 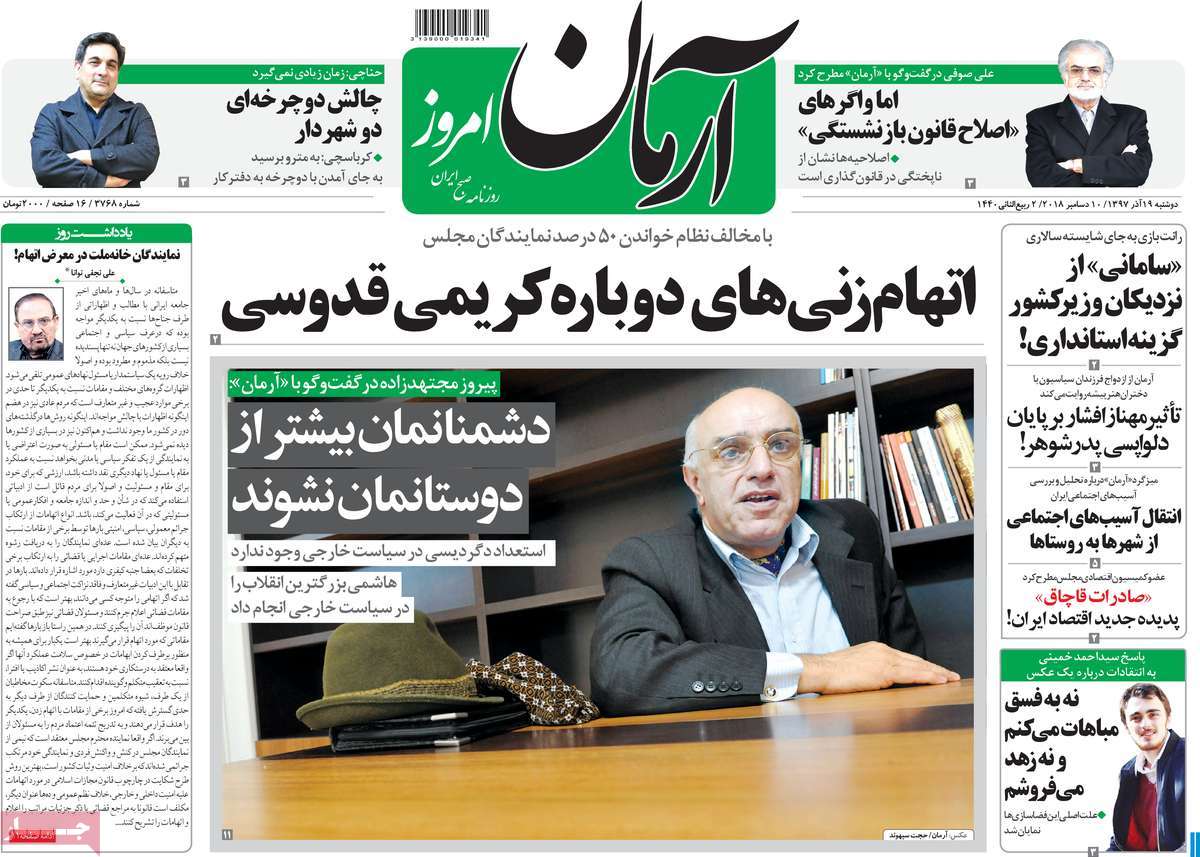 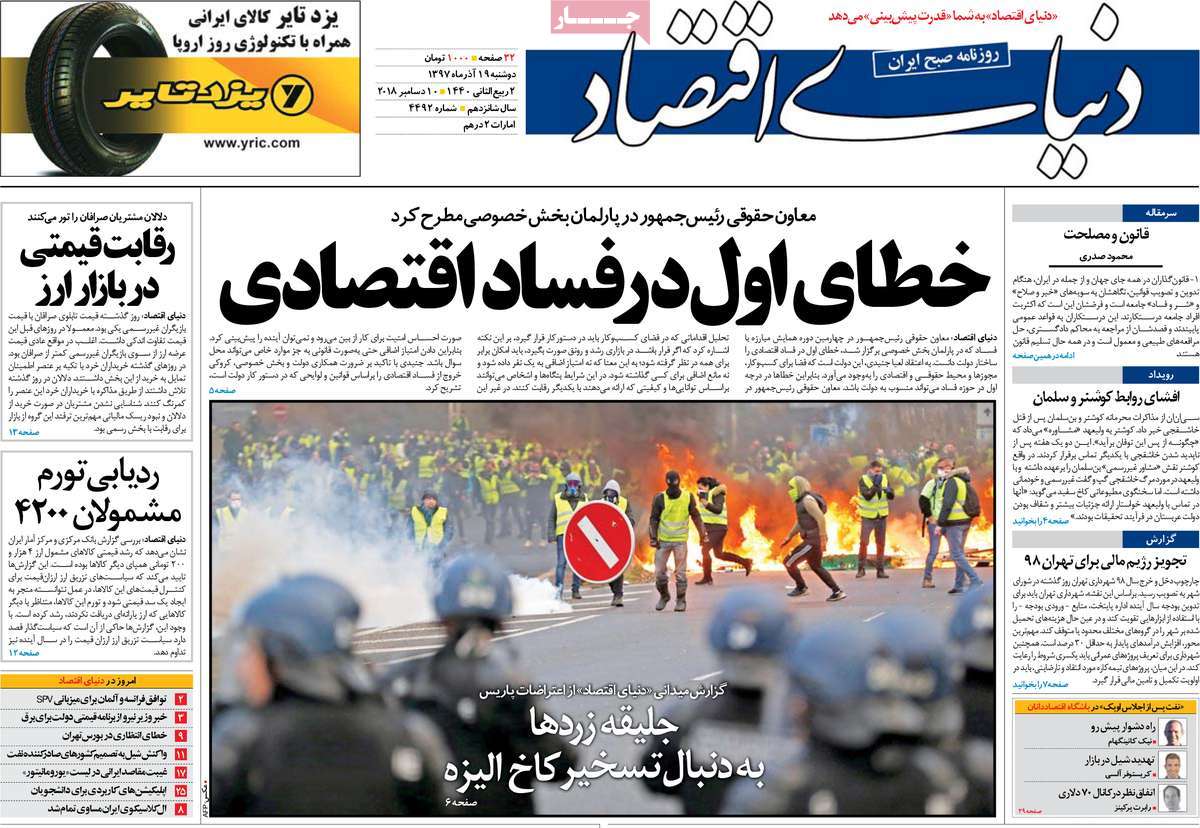 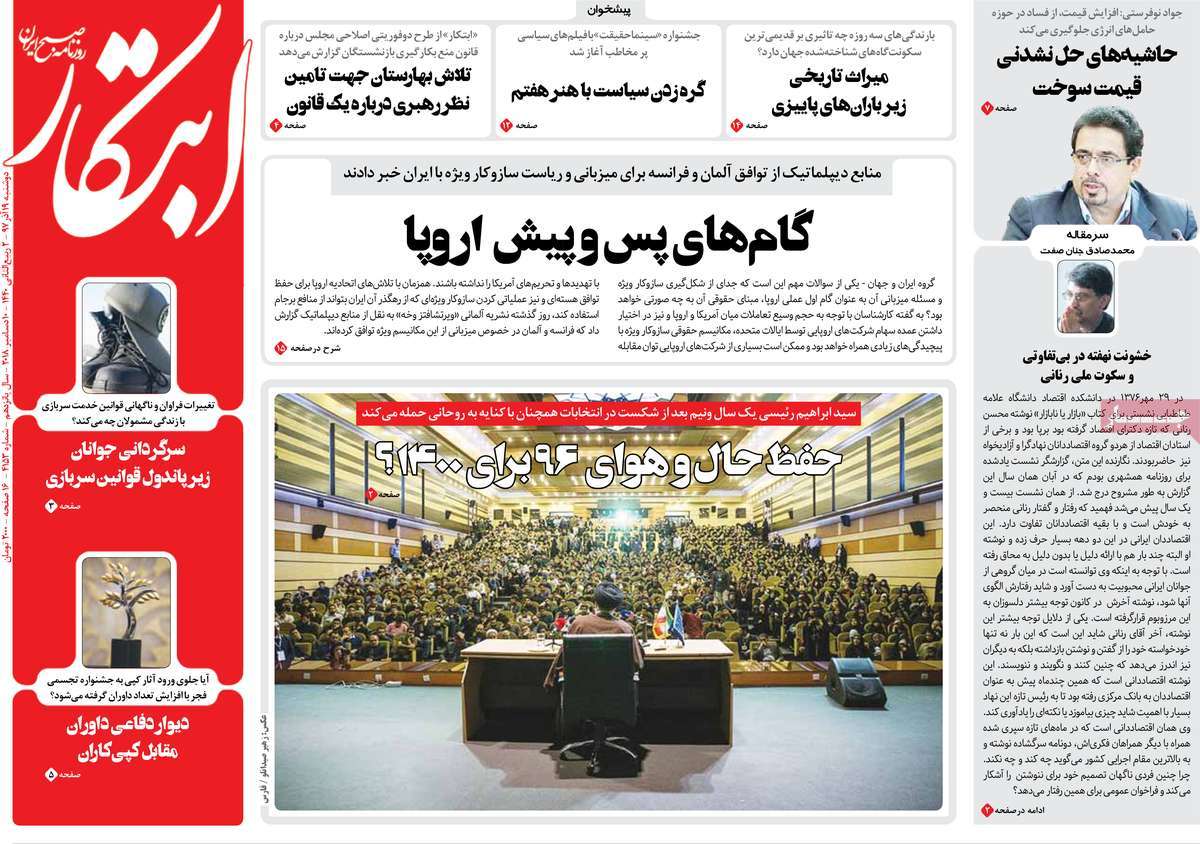 2- There Is Money Laundering in Iran, but Less than Anywhere Else: Judiciary 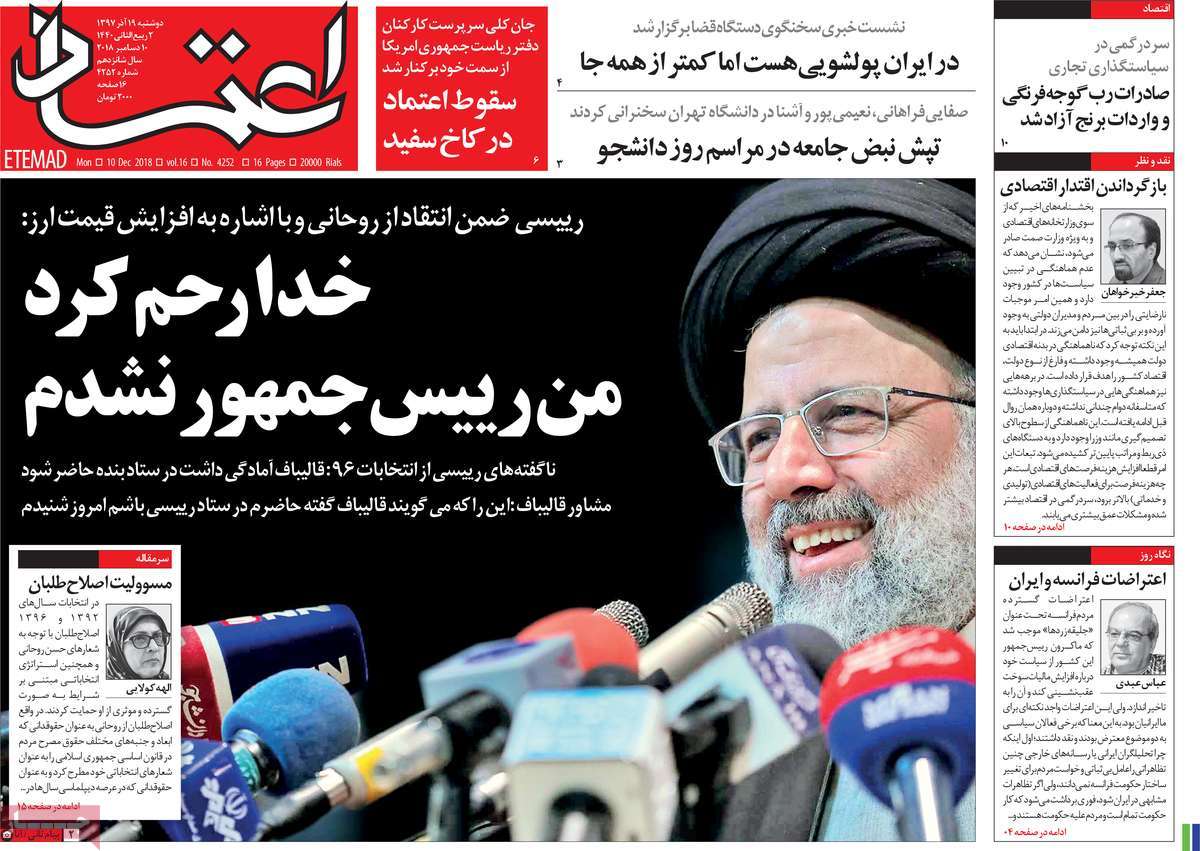 2- Senator Graham: Saudis Would Be Speaking Persian Now If It Wasn’t for US 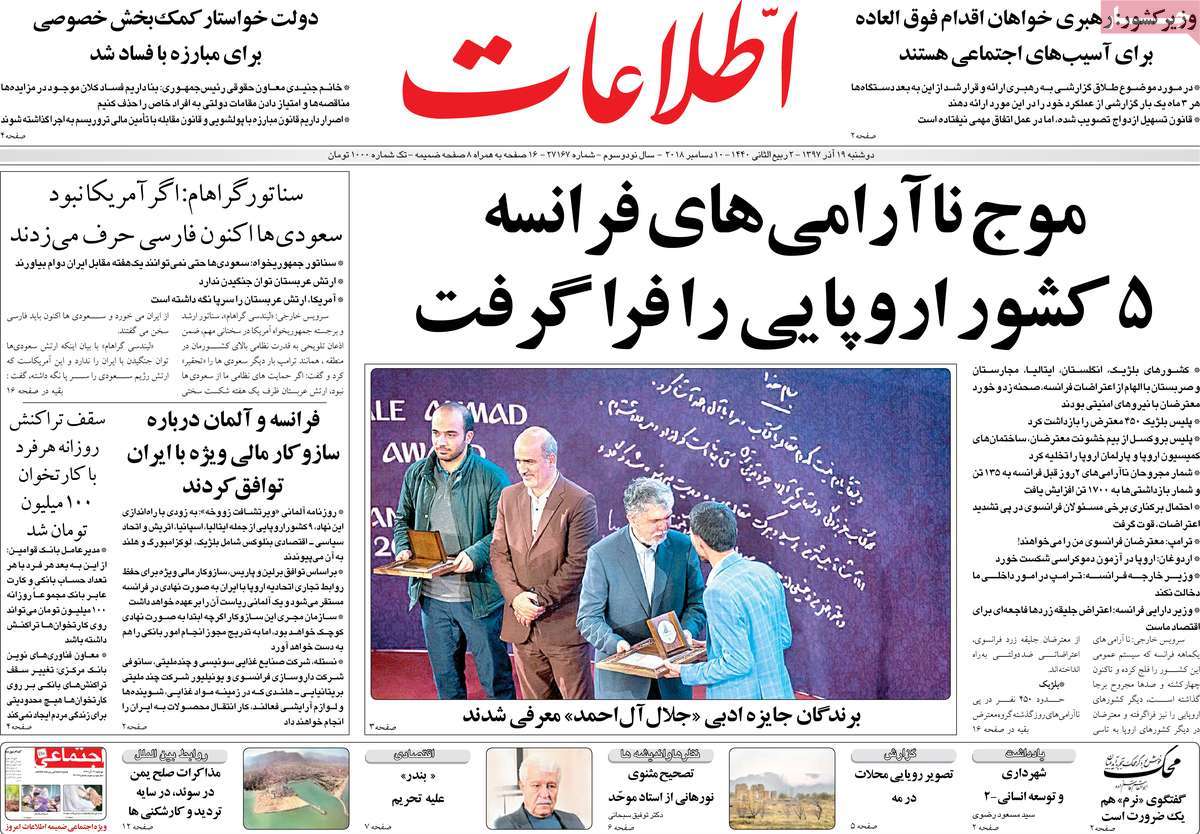 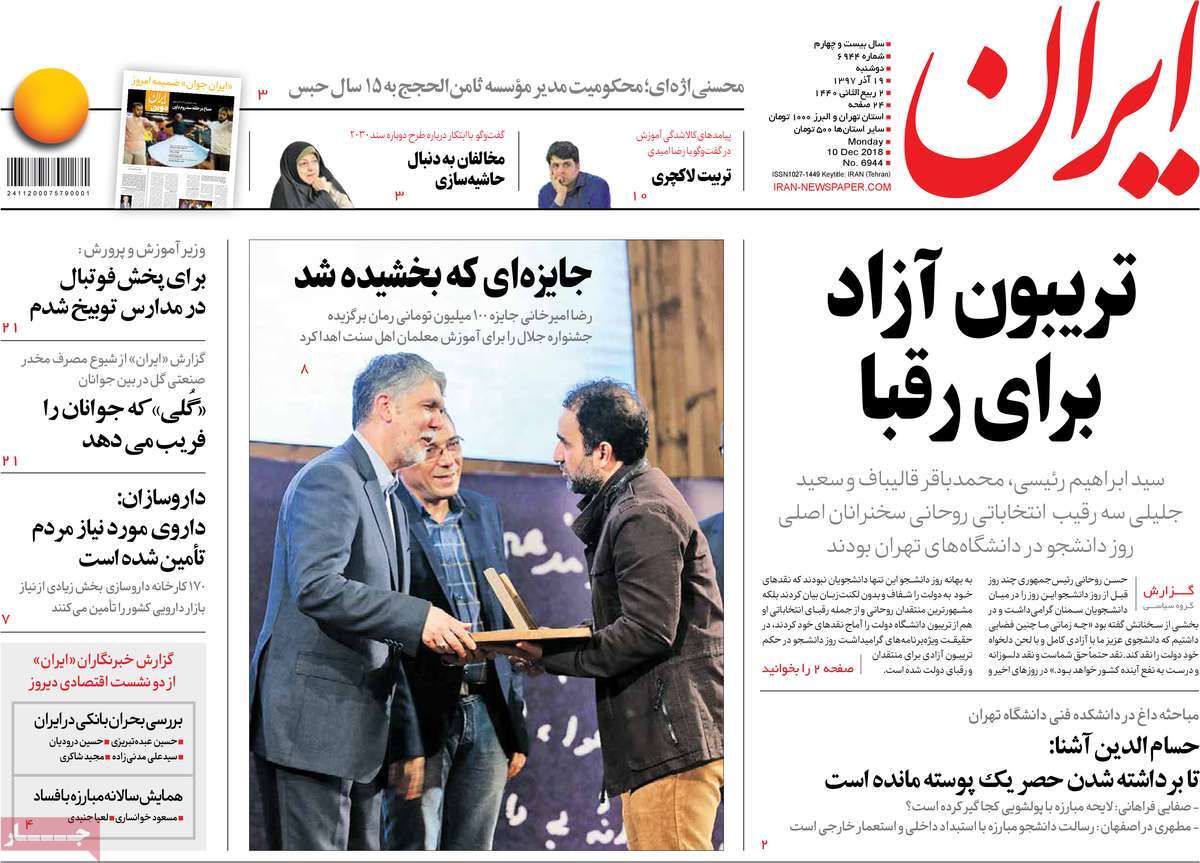 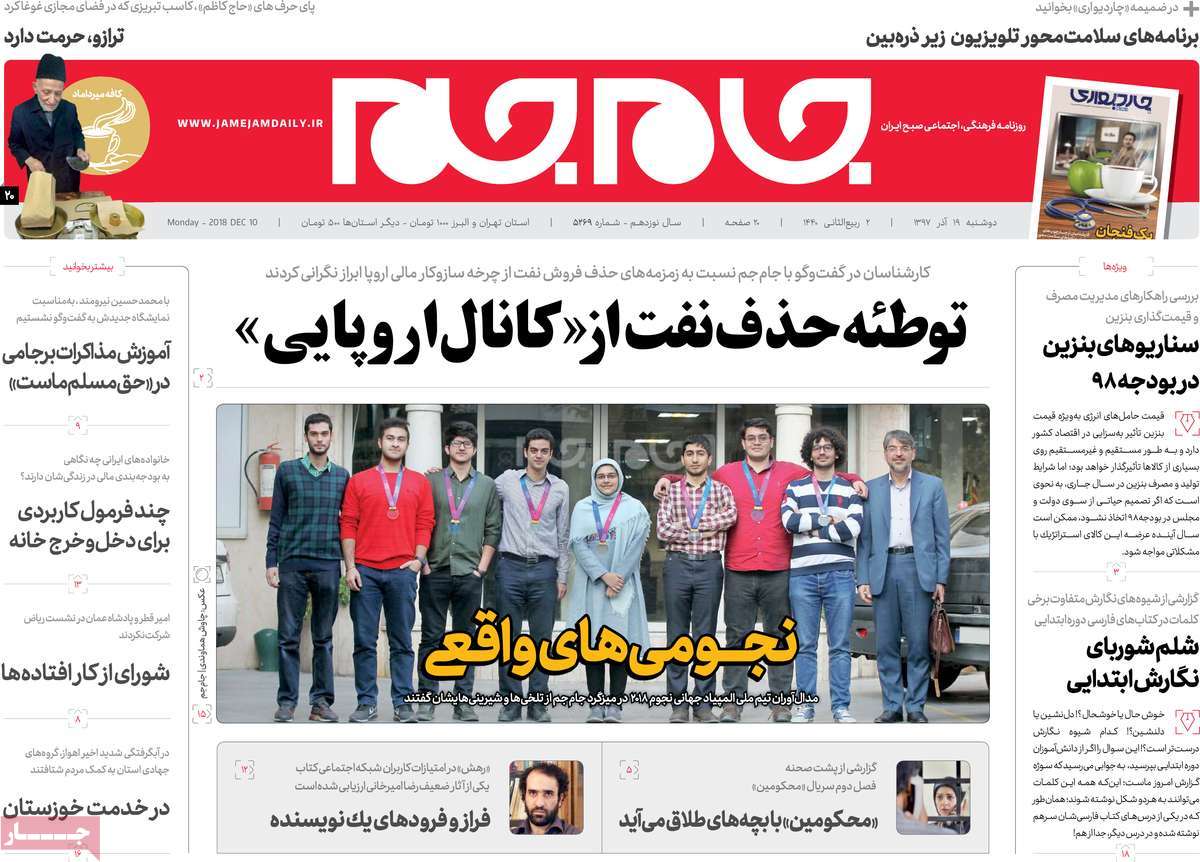 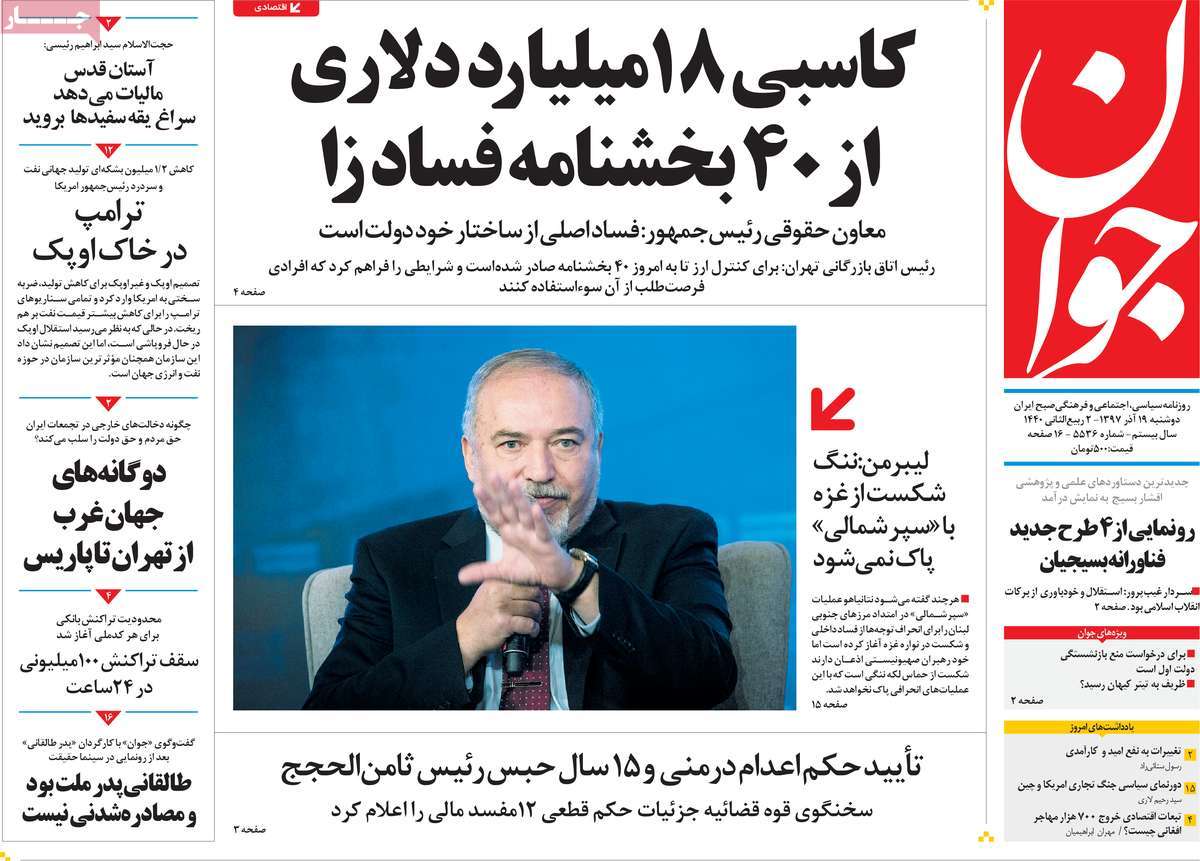 1- Riot of Republicanism against Aristocracy in France: Iranian Liberals Mourning

2- S. Korea: We’ll Keep Iran’s Market for Ourselves in Any Way Possible! 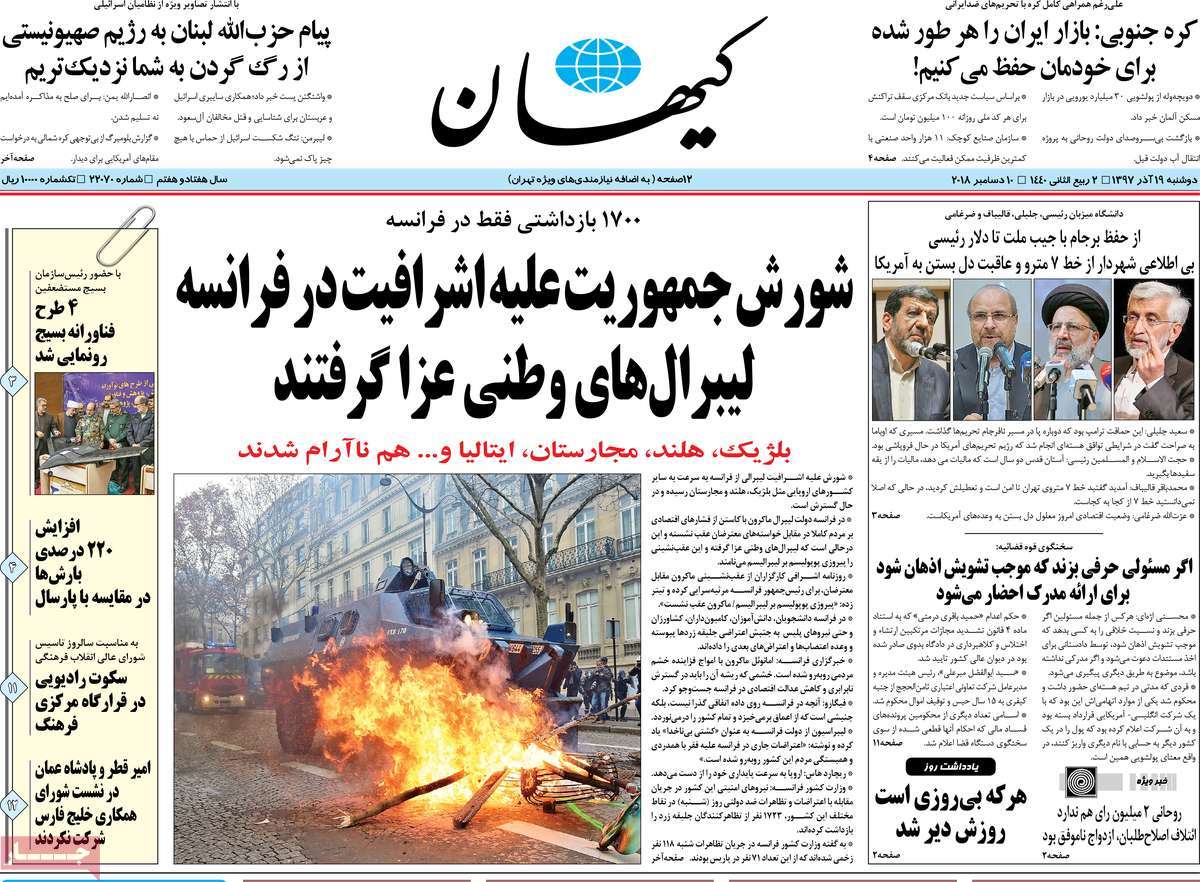 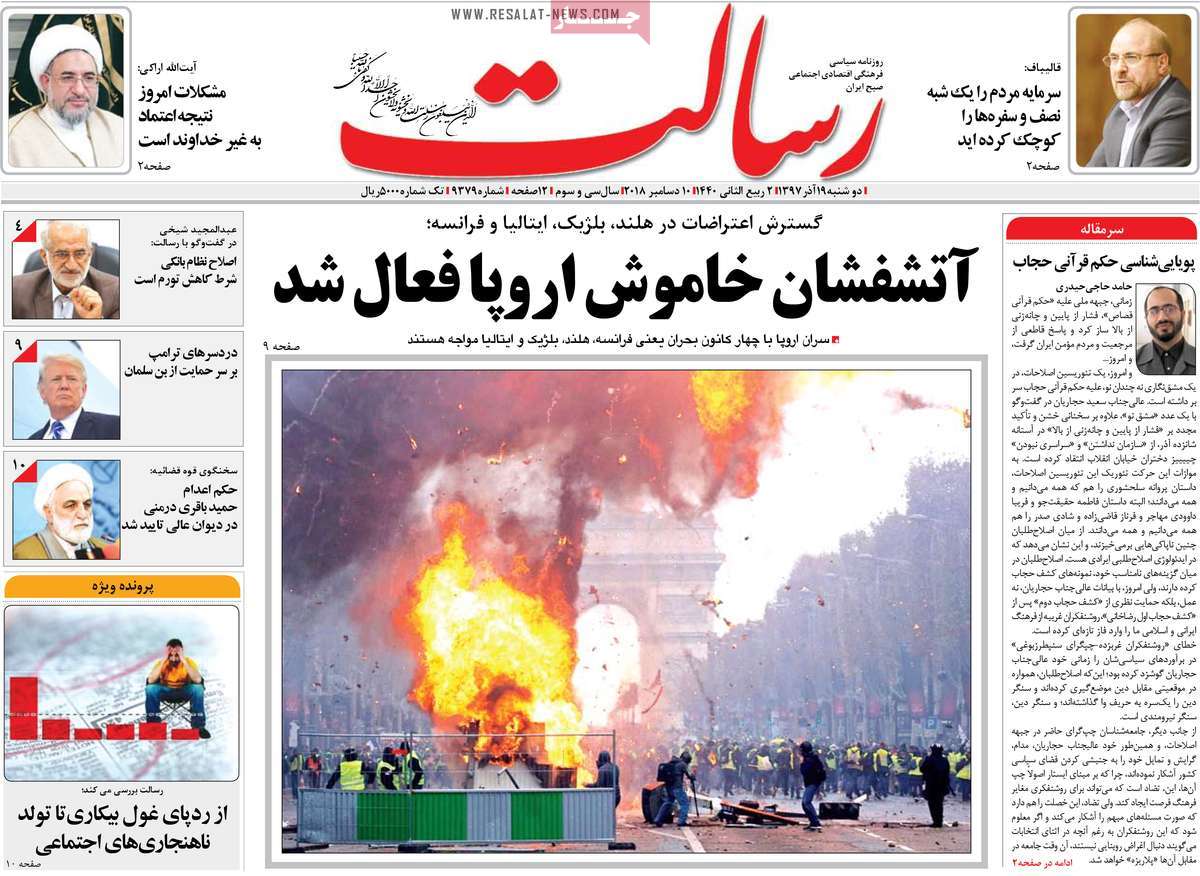 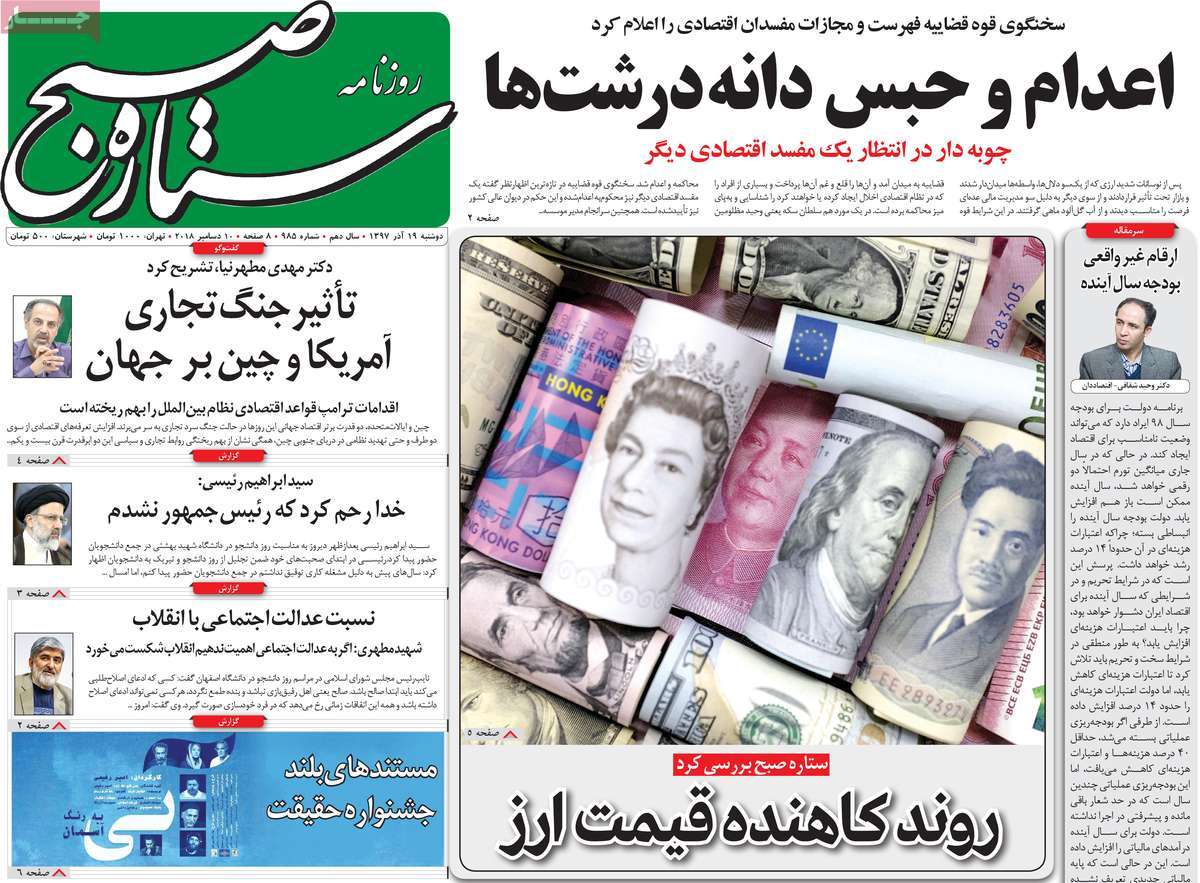 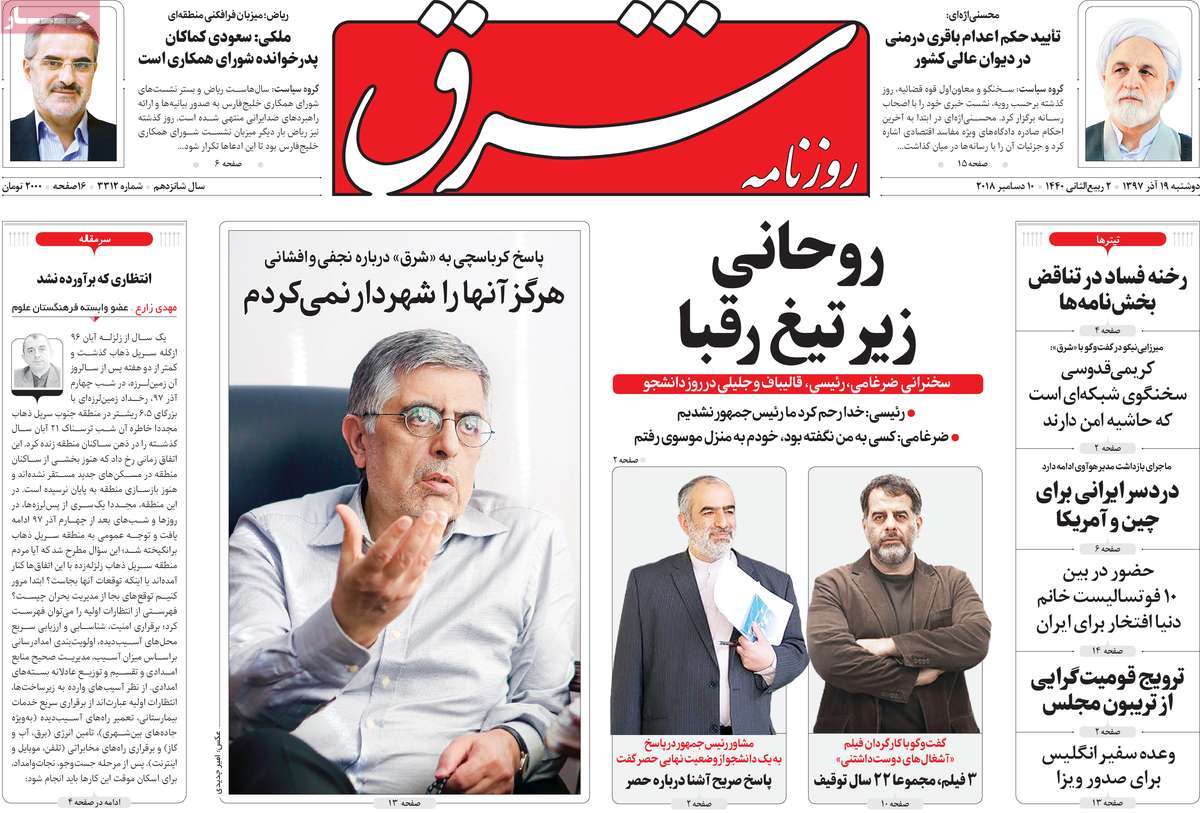 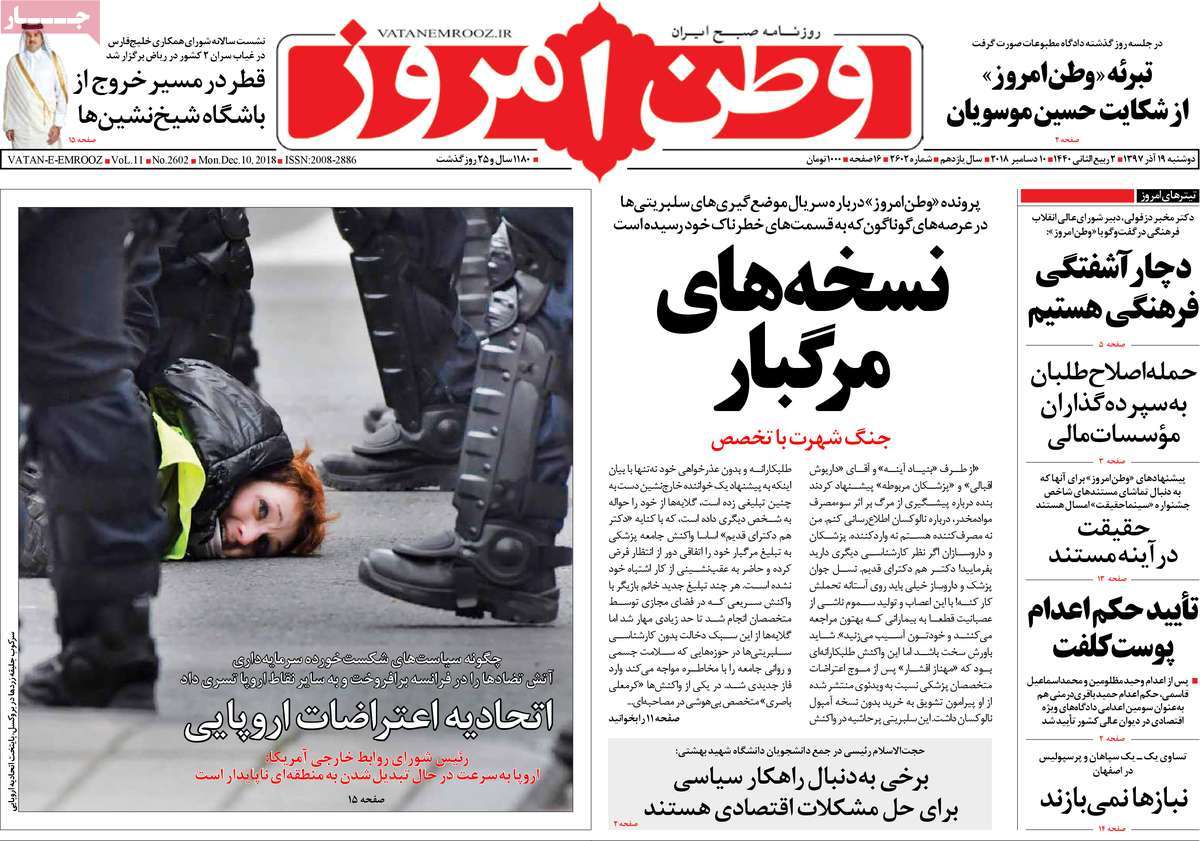