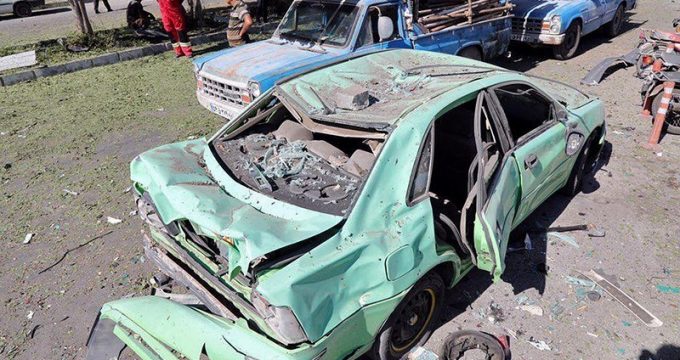 Ten people have been arrested in relation to the terrorist attack that took place in the port city of Chabahar, southern Iran, on December 6.

Iran’s Supreme Leader Ayatollah Ali Khamenei has “ordered” the central bank to boost the value of rial, the bank’s governor said on Saturday, after a months-long plunge in the currency due to a faltering economy and U.S. sanctions.

Relations with Iran not under influence of others: Iraqi PM

Iraqi Prime Minister Adil Abdul-Mahdi said relations with the Islamic Republic of Iran are within the framework of the national interests of the two countries and are not affected by the will and pressure of others.

Iran’s judiciary spokesman announced that the death sentence of Hamid Baqeri Darmani was approved by the Supreme Court for bribery and fraud which was issued in the lower court.

Iran’s trade with Oman reached $870 million during the seven months since the beginning of the current Iranian year (March 21-October 22) to register a 50.77% upsurge compared with the similar period of last year, according to Iran’s commercial attaché to the Sultanate.

Iranian Foreign Ministry Spokesman Bahram Qassemi said the country has announced its “full support” for the United Nations’ efforts for ending the protracted war on Yemen.

France and Germany have agreed on hosting a Special Purpose Vehicle to keep trade between Iran and the European Union alive, a German weekly has cited diplomatic circles as confirming.

An informed source at the Iran-China Chamber of Commerce said Sat. that Tehran and Beijing have resumed banking ties after an Iranian bank started to broker money transfer between the two countries.

Tehran-Moscow relations have increased in all fields and both countries will continue the trend, said Iran’s ambassador to Russia.