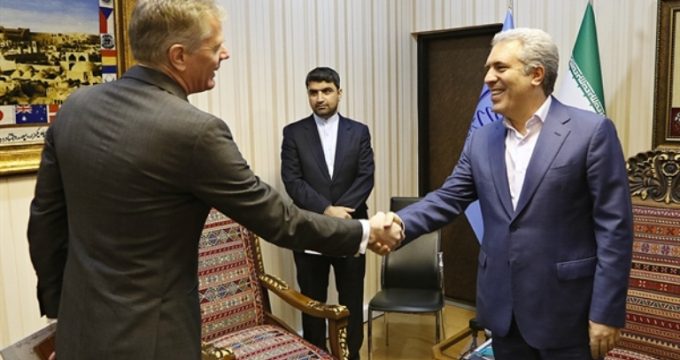 Iranians should not face problem to receive UK visa: VP

IRNA – Iran’s vice president and head of Cultural Heritage Organization in a meeting with UK envoy in Tehran while calling for acceleration of the issuance of visas to nationals of the two countries noted Iranians should not face problem to receive UK visa.

‘The level of relations between the two countries of Iran and Britain has increased, and we hope that this trend will continue,’ Ali Asghar Moonesan said at a meeting with British Ambassador to Tehran Rob Macaire.

Moonesan went on to say that the trend of British tourists coming to Iran has increased, adding, ‘Iran has a good experience in holding joint museums with other countries and has achieved great success in this area, currently showing an exhibit of Iranian museum works in the Netherlands, where several other countries are calling for the exhibition.’

In this meeting, British Ambassador to Tehran Rob Macaire said bilateral relations between Iran and Britain have increased since two years ago, and Britain is interested in increasing ties and engagement with Iran in all fields.